For family and friends, Lydia Nunez always had jokes, hugs and lots of love.

She was the “glue” that brought people together, the one who remembered birthdays, spoiled her nieces and nephews and brought a spark to any room she entered. “Where's the party at?” was one of her favorite phrases.

So when she died at 34 from the coronavirus, her devastated older sister, Erika Banks, went shopping, just as they used to. For Nunez to wear in her white casket, Banks bought a red dress at Macy’s; a wig, so Nunez’s hair would be long, as it had been before she cut it; and a favorite lipstick, Ruby Woo. 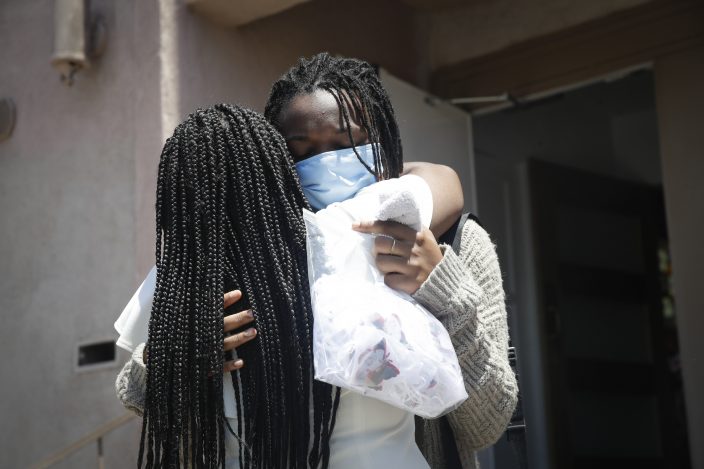 Eryanna Banks, facing camera, niece of Lydia Nunez, is hugged by her friend Jalyn Johnson outside of a a memorial service for Nunez, who died from COVID-19, at the Metropolitan Baptist Church Tuesday, July 21, 2020, in Los Angeles. (AP PhotoMarcio Jose Sanchez)

Getting everything perfect for her baby sister gave Banks one last chance to take care of somebody who had always lifted the spirits of others despite battling her own health problems.

Banks had always wanted a younger sibling. Despite a 6-year age gap, she and Nunez grew up very close. They took turns sharing the television, as they liked different shows, and hung out with other children in their Los Angeles neighborhood.

At age 8, Nunez was diagnosed with juvenile diabetes. While managing it meant she had to do things differently from her friends - such as frequently pricking herself to check her blood sugar - she didn't let it define her. One of her biggest worries in elementary school was making sure other kids knew they couldn’t “get” diabetes from her. 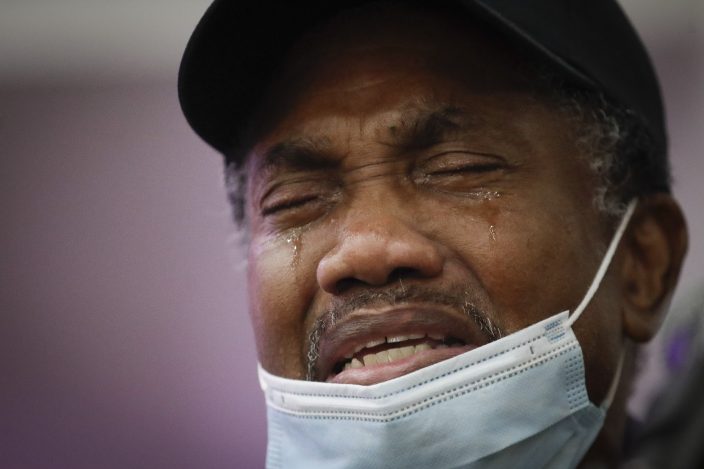 Samuel Nunez cries as he eulogizes his daughter Lydia Nunez, who died from COVID-19, during a funeral service in memory of her at the Metropolitan Baptist Church, Tuesday, July 21, 2020, in Los Angeles. (AP PhotoMarcio Jose Sanchez)

Perhaps it was that self-awareness that helped her see others.

Nunez’s mother, Lorraine Nunez, remembers how her daughter, while in high school, once asked for extra money to throw a surprise birthday party for a classmate who wasn’t going to have a celebration because his parents were divorced. 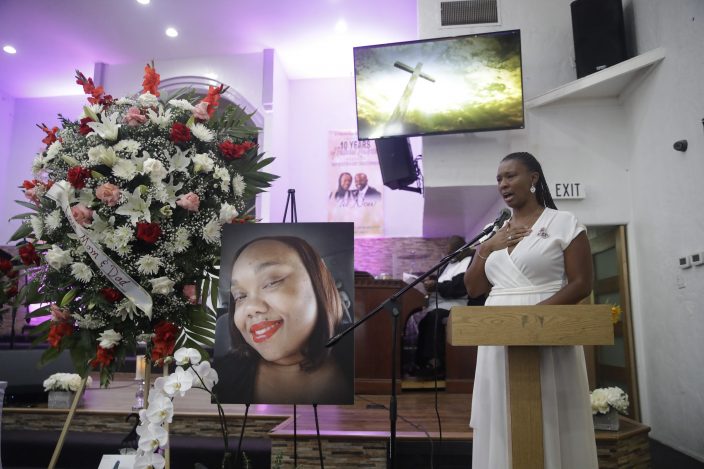 Erika Banks cries as she eulogizes her sister Lydia Nunez, who died from COVID-19, during a funeral service in memory of Nunez at the Metropolitan Baptist Church Tuesday, July 21, 2020, in Los Angeles. (AP PhotoMarcio Jose Sanchez)

When Banks married and had her first child at 22, Nunez, then 16, embraced being an aunt. After school, she would come home, do her homework and then take care of the baby boy, Jesse, so that Banks, then in nursing school, could study.

When some years later Banks and her husband moved to their own place, Nunez would come over and spend the weekends. As Banks had more children and they grew up — today there are four between ages 12 and 18 — “auntie,” as they called Nunez, helped raise them and enjoyed spoiling them.

Sometimes that would come in the form of funny gifts, like a Disney bikini for a niece when she was only three months old, and other times, as the kids got older, she would periodically slip them cash, an auntie “allowance” of sorts. 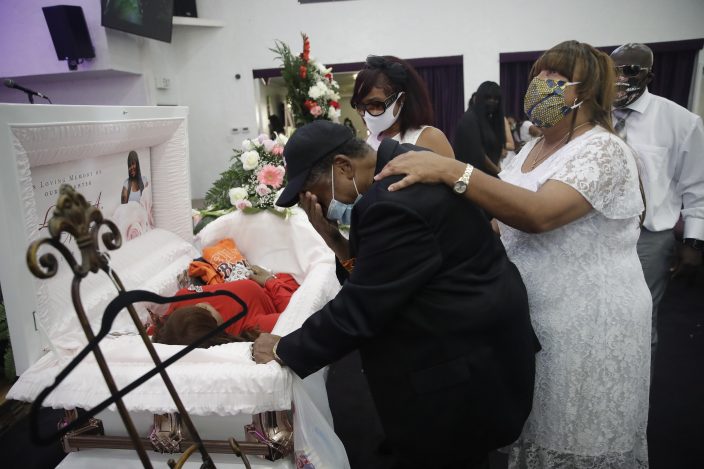 Lydia Nunez father Samuel Nunez, center, in black cries next to her casket during a funeral for Nunez, who died from COVID-19, at the Metropolitan Baptist Church Tuesday, July 21, 2020, in Los Angeles. (AP PhotoMarcio Jose Sanchez)

Eris Banks, 12, recalled how her aunt would come over on New Year’s Eve, the day before Eris' Jan. 1 birthday, and play board games because Eris didn’t like to go out and see fireworks.

“She would listen to you, whatever you had to say,” said Eris Banks. “I would tell her about my mom, and she was always on my mom’s side, would always say mom was right.” 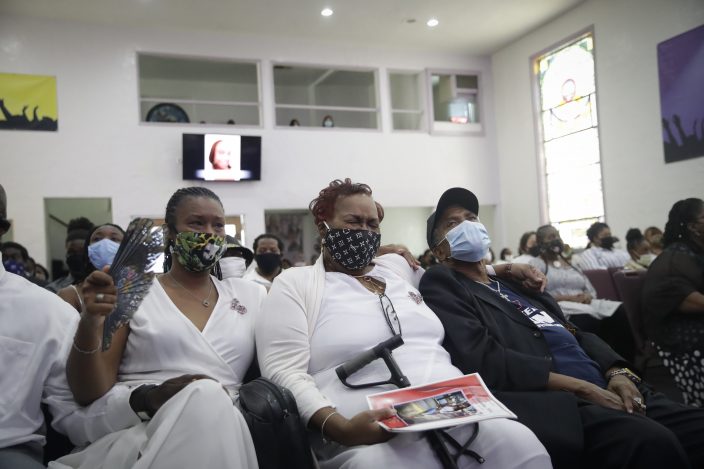 Relatives of Lydia Nunez, from left, sister Erika Banks, mother Lorraine and father Samuel sit together for the funeral of Nunez, who died from COVID-19, at the Metropolitan Baptist Church Tuesday, July 21, 2020, in Los Angeles. (AP PhotoMarcio Jose Sanchez)

Nunez loved to dance and cook and was always ready to help get celebrations going. A quick wit often had people laughing.

“Stop telling all my business, woman!” was something she would tell her mother at family gatherings.

After finishing high school, Nunez wanted to become a social worker and began classes at a community college. She also slimmed down, getting into Zumba classes and closely managing her diet. But in her early 20s, she was diagnosed with gastroparesis, a condition in which the stomach doesn’t properly process foods. 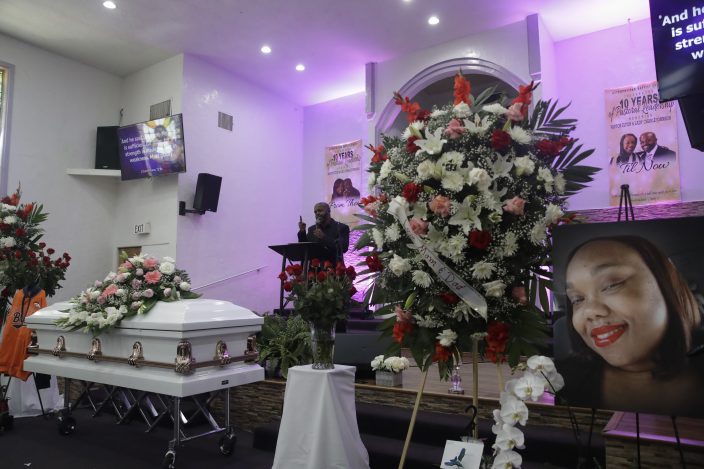 Over the next 10 years, she would suffer a constant cycle of stomach pains, medicines, surgeries and hospitalizations. Things would improve and then something would trigger another wave. Once, after Nunez vomited all over the couch and living room floor in the middle of the night, she woke her mother up. Writhing with stomach pain, she lamented that she had become a “burden.”

“God gave you to us. I’ll never get tired,” Nunez’ mom recalled telling her daughter. “I know sometimes you wake us up in the middle of the night. It’s OK. I want you to come to me and dad first. You are a part of both of us.”

Early this year, before the coronavirus took hold in the U.S., Nunez was enjoying a long spell of good health. Things were going so well that she went on a vacation to Oregon with her mother, her sister and Jesse. When they returned from the trip in mid-February, cases of coronavirus were beginning to emerge in the U.S. The family took every precaution, knowing that Nunez was fragile. 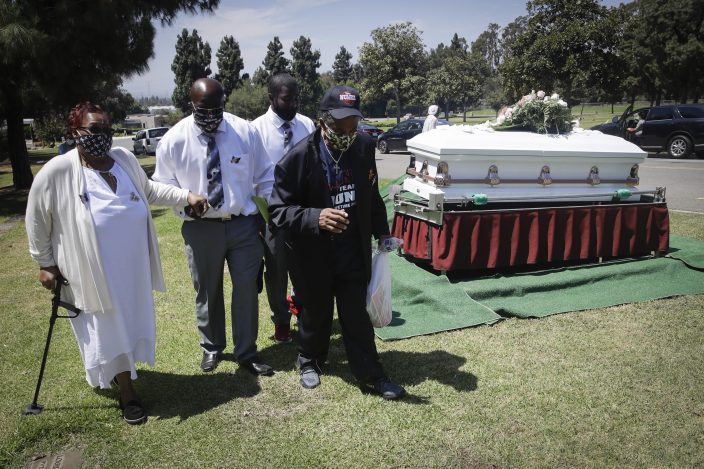 Relatives of Lydia Nunez, who died from COVID-19, her mother Lorraine, left, brother-in-law Jesse Banks, second from left, and gather Samuel, at right, walk past her casket during her burial at the Rose Hills Memorial Park Tuesday, July 21, 2020, in Whittier, Calif. (AP PhotoMarcio Jose Sanchez)

On May 23, the fear the family carried for months about Nunez came true: she got sick again, this time rupturing an intestine that required a major surgery. There was no way to keep her at home, no way to keep her from hospitals where people were being treated for coronavirus.

After surgery, she steadily recovered, until late June, when was diagnosed with the virus. She died July 5. The family wonders if they could have done something differently, but mostly they just miss Nunez.

“I don’t even know how to tell people that I only have one child now,” said Lorraine Nunez, who spends some time sitting in her daughter’s room, holding a favorite headscarf to feel closer. “At some point in the day, I have to cry.” 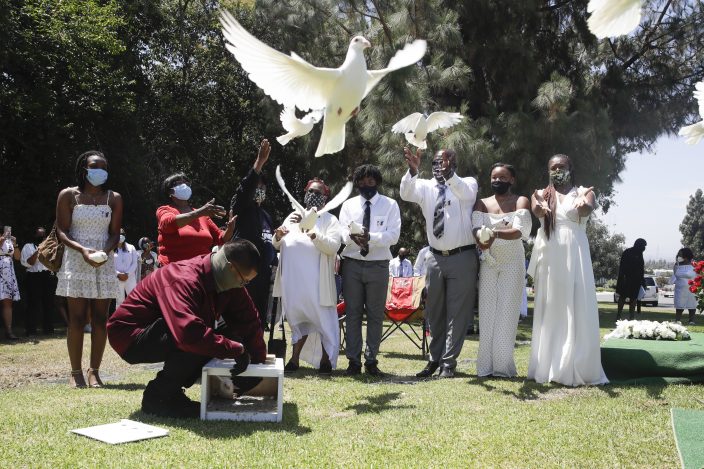 Relatives of Lydia Nunez, who died from COVID-19, release doves in her memory at her burial at the Rose Hills Memorial Park Tuesday, July 21, 2020, in Whittier, Calif. (AP PhotoMarcio Jose Sanchez) 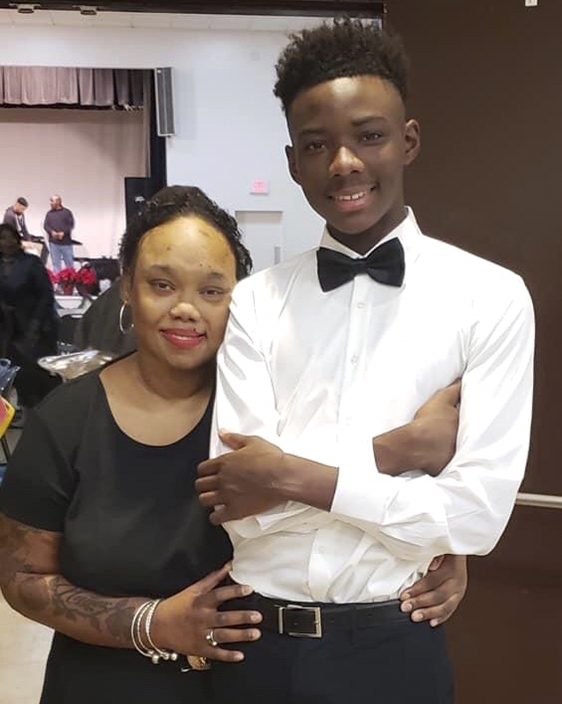 This Dec. 14, 2019, photo released by Erika Banks shows Lydia Nunez, left, with nephew Jestin Banks. In May 2020, Nunez got sick and required a major surgery. In early July, while hospitalized, she was diagnosed with COVID-19 and died.  (Erika Banks via AP)

South Korea recorded its highest i ...