The Yankees had lost 15 of 20 and fallen to the edge of the expanded playoff field. General manager Brian Cashman had made a rare road trip to talk to the team before Tuesday night's loss.

Torres and DJ LeMahieu homered to back García (1-1). In his third career start, the 21-year-old righty gave up two runs and five hits in seven innings. He struck out six and walked two. 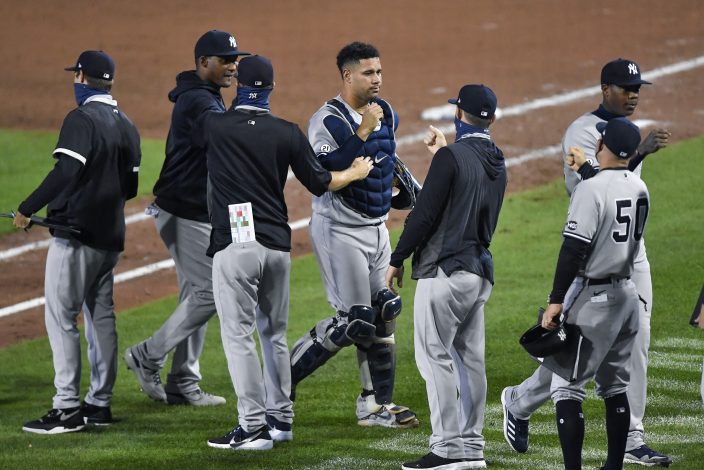 Zack Britton worked the eighth and Aroldis Chapman struck out all three batters in the ninth.

Derek Fisher hit a two-run homer in the second inning for Toronto, which had its three-game winning streak halted. Ross Stripling (3-3) took the loss.

Luke Voit hit an RBI single that put the Yankees ahead 3-2 in the fifth and Torres added a two-run double. That gave New York multiple hits with a runner in scoring position, a welcome relief after the Yankees had gone 2 for 32 in that situation during their five-game skid. 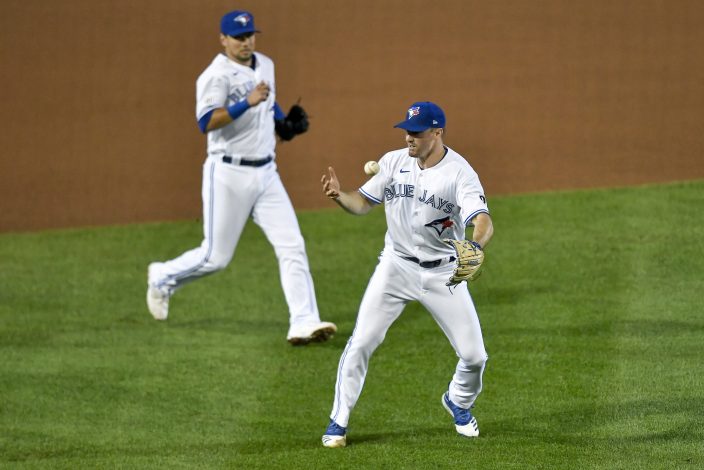 Torres led off the second inning with his fourth homer and LeMahieu led off the third with his fifth. Clint Frazier added an RBI single in the ninth. 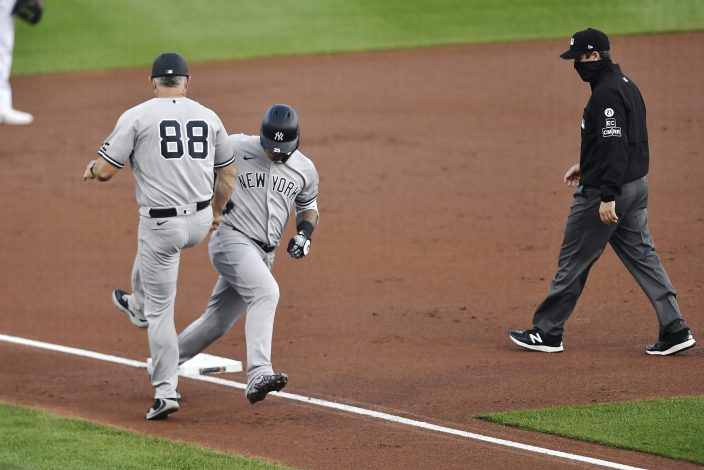 The Blue Jays finished a stretch in which they played 28 times in 27 days, with the only day without a game being Aug. 27, when many games in MLB were postponed because of social protests.

“Other teams would just take a day or night off. It’s just too much, too many games,” Montoyo said. “This team hasn’t taken a day off. They go hard every game. I’m impressed by it, and I’m proud of the way they play every day. They don’t give up.”

The Yankees have four games left in their own gauntlet, in which they will have played 20 games in 17 days before an off day on Sept. 14.

Yankees: OFs Aaron Judge (strained calf) and Giancarlo Stanton (strained hamstring) both continued their running routines during workouts and manager Aaron Boone described both as “getting closer” to being re-activated. … Boone also said he expects LHP James Paxton (left flexor strain) to be activated before the end of the regular season.

Blue Jays: 1B Rowdy Tellez (knee strain) was placed on the IL after taking an awkward step while chasing a foul ball in Wednesday’s game. … SS Bo Bichette (sprained right knee) played another intrasquad game Wednesday at Toronto’s alternate training site. … Montoyo said RHP Nate Pearson (elbow tightness) is closer to being activated and will work out of the bullpen upon returning.

New York RHP Gerrit Cole (4-3, 3.63 ERA) will start Thursday against Baltimore LHP Keegan Akin (0-0, 2.08) in the opener of the Yankees’ four-game weekend series against the Orioles.

Blue Jays: After an off-day, Toronto will start a three-game series on Friday against the New York Mets in Buffalo with RHP Chase Anderson (0-0, 4.94 ERA) taking on RHP Jacob deGrom (3-1, 1.69).