Tampa Bay became the first major league team since at least 1900 to use a batting order with only left-handed batters, according to the Elias Sports Bureau.

Snell (4-1) gave up five hits and two walks. He struck out five. 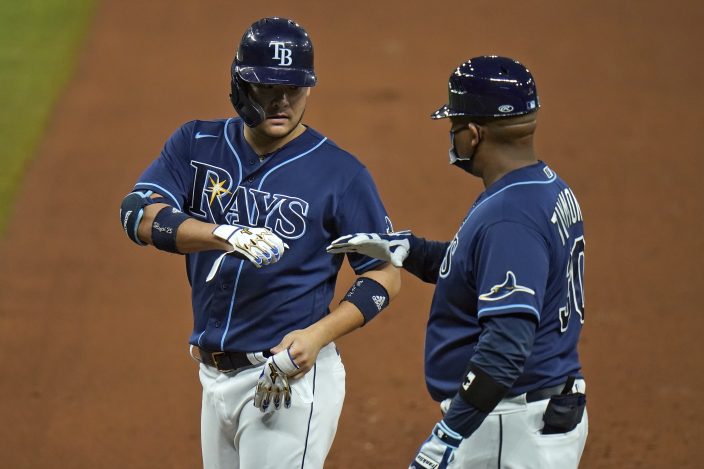 Boston rookie Bobby Dalbec had his five-game home run streak end but had an RBI double in the ninth.

The Red Sox would be eliminated from AL East title contention with a loss on Saturday night. 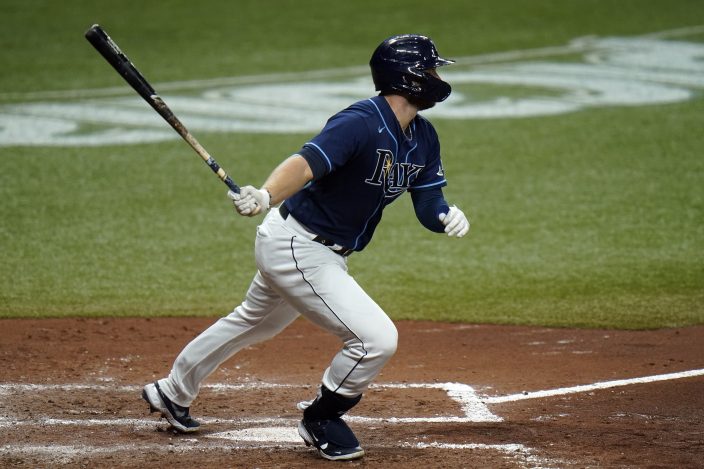 Rays manager Kevin Cash stacked his lineup with lefties against right-hander Andrew Triggs, who made his second start with Boston.

Red Sox manager Ron Roenicke quickly countered by removing Triggs after he allowed a hit and walk in a scoreless first. However, Tsutsugo started the second with a homer off lefty Matt Hall (0-3).

Kevin Kiermaier had an RBI grounder in the third and Austin Meadows hit a two-run double in the fourth. 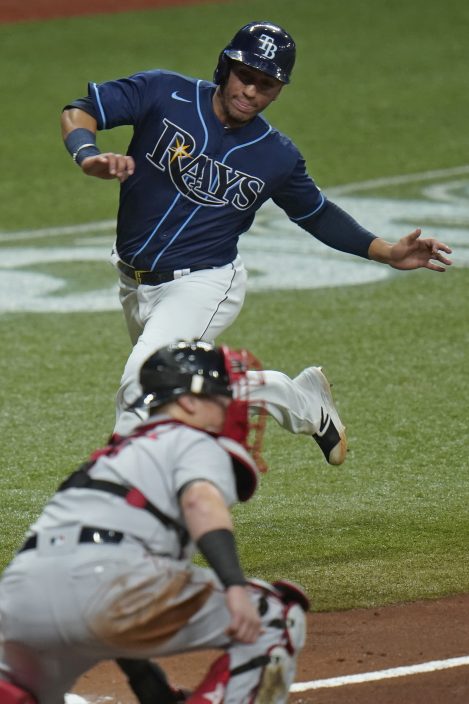 Hall gave up four runs and six hits over 2 1/3 innings.

Tsutsugo had a run-scoring single before Lowe connected for a three-run drive off Robinson Leyer to put the Rays up 9-0 in the seventh.

Lowe had a solo shot off Domingo Tapia, who made his big league debut, in the sixth and finished with three hits in four at-bats. He entered 1 for 14 on the season. 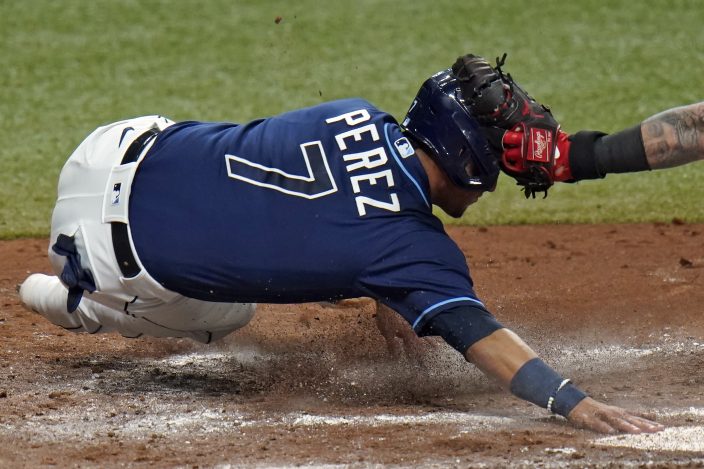 While some teams have started a lineup in which all batters hit from the left side the first time up, all previous occasions since 1900 included at least one switch-hitter.

Roenicke said when bench coach Jerry Narron gave him the Rays' lineup before the game, he thought it was wrong.

Rays: SS Willy Adames said he has had issues hitting at home and is wearing non-prescription glasses at the plate. ... C Mike Zunino (left oblique strain) hit in a cage and did defensive drills.