Tyler Glasnow (3-1) allowed four runs and six hits over seven innings for the Rays, who are a combined 15-4 against the Boston and the New York Yankees. 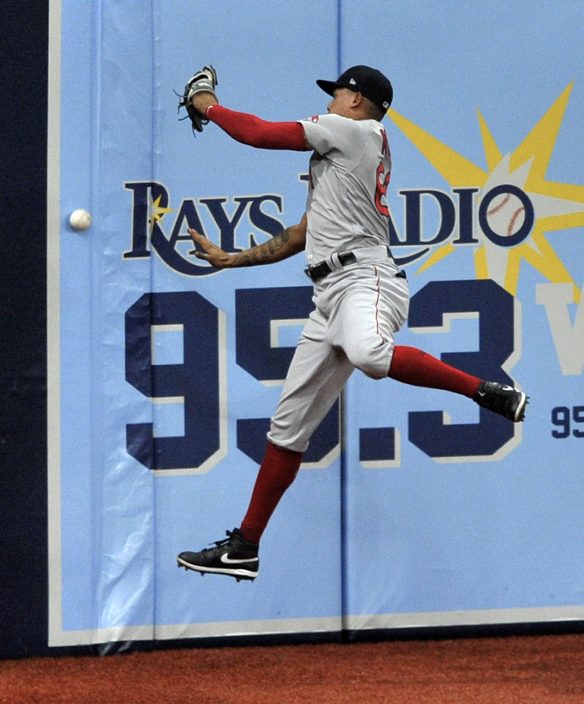 Diego Castillo worked the ninth to get his fourth save.

Boston, which was eliminated from the AL East title race, got homers from Michael Chavis and Christian Arroyo. The Red Sox stole six bases with Glasnow pitching.

The Red Sox are 2-17 against the Rays, Yankees and Atlanta, and are 14-14 against everyone else. 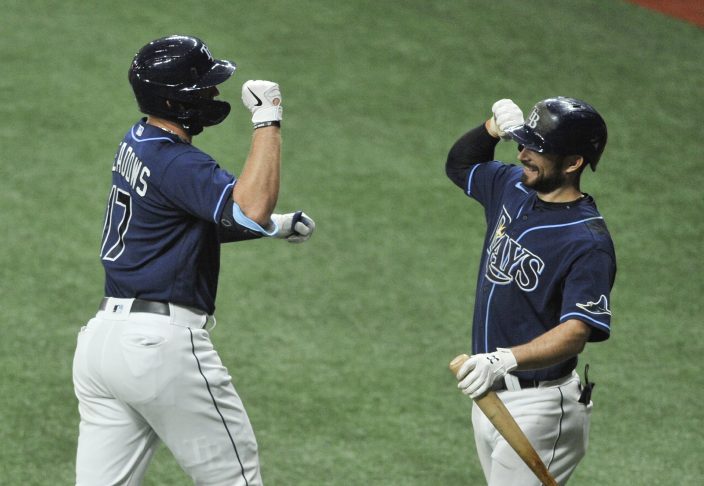 Arroyo tied it at 4 on his two-run drive in the seventh off Glasnow. The Rays starter had a finger on his pitching hand looked at during the fifth.

Manuel Margot had a two-run double off Chris Mazza during a three-run fourth that put the Rays up 4-2. Ji-man Choi strained his left hamstring while scoring on Nate Lowe’s single earlier in the inning.

Margot had two hits in three at-bats and is 14 for 22 in six games against Boston this season. 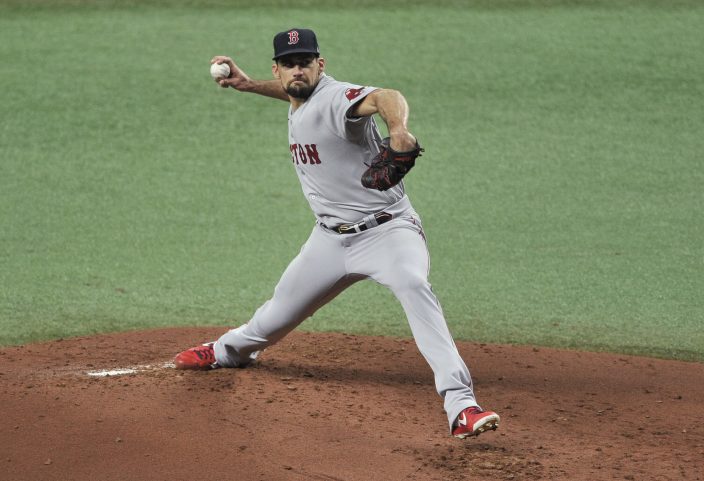 Meadows hit a leadoff homer off Nathan Eovaldi in the first.

Eovaldi, who had been out since Aug. 21 due to a right calf strain, gave up one run, three hits and struck out four in three innings.

Xander Bogaerts opened the fourth by walking on a 10-pitch at-bat, stealing second and third, and then scoring to give Boston a 2-1 lead on Kevin Plawecki’s single. 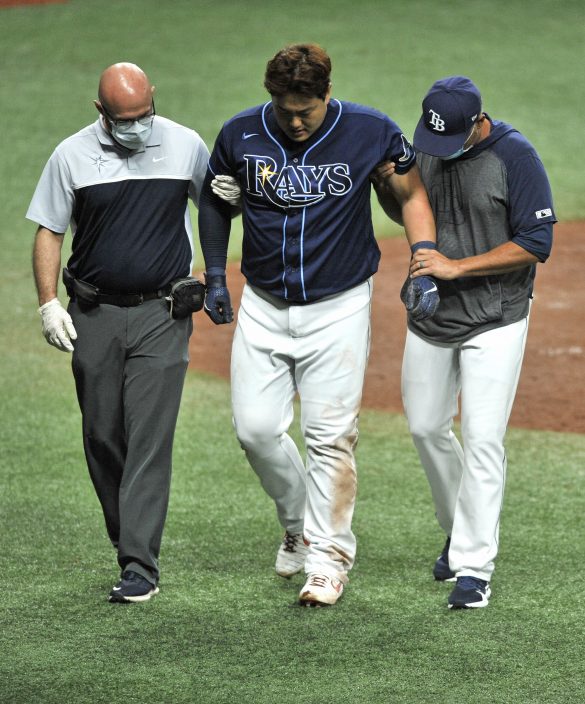 Tampa Bay Rays' Ji-Man Choi, center, is helped from the field by a trainer and manager Kevin Cash, right, after he was injured while scoring against the Boston Red Sox during the third inning of a baseball game Saturday, Sept. 12, 2020, in St. Petersburg, Fla. (AP PhotoSteve Nesius)

Chavis tied it at 1 on his third-inning drive.

Boston designated hitter J.D. Martinez was 0 for 4 and is hitless in 21 at-bats.

The official lineup card from Friday night’s game in which the Rays became the first team since 1900 to start nine left-handed batters, according to the Elias Sports Bureau, is being sent to the baseball Hall of Fame.

Rays: Manager Kevin Cash plans to keep CF Kevin Kiermaier (general body soreness) out of the lineup for a couple days. ... SS Willy Adames talked Friday about using clear non-prescription glasses while batting at home but opted not to. He went 0 for 3 with two strikeouts and a walk.

Franco HR, double in debut, but Rays lose to Red Sox in 11th