Christian Vázquez and Christian Arroyo homered to help the last-place Boston Red Sox get a split of a four-game series with the AL East-leading Tampa Bay Rays with a 6-3 victory on Sunday.

Martín Pérez (3-4) gave up three runs and five hits over five innings. Matt Barnes, the fourth Boston reliever, worked the ninth to get his sixth save.

Kevan Smith hit a home run for the Rays, who have lost four of six. 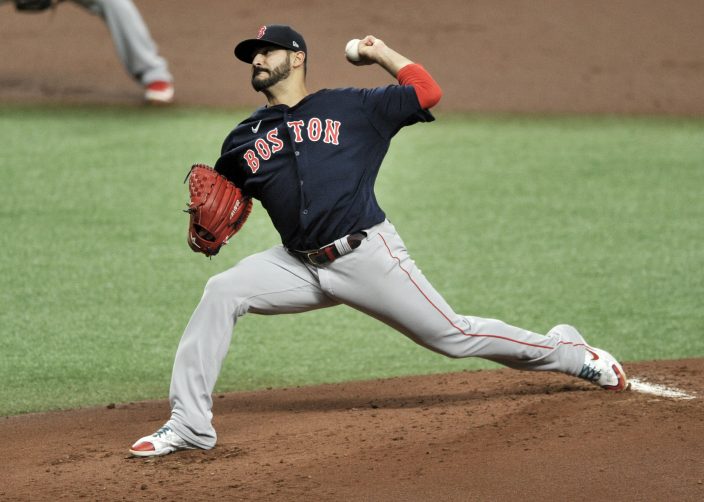 Tampa Bay completed the season series 7-3 against the Red Sox. The Rays have won 14 of the last 18 games between the teams.

Arroyo homered for the second consecutive game, a two-run drive during the sixth against Ryan Thompson that made it 6-3.

Vázquez hit a two-run homer in the first inning. 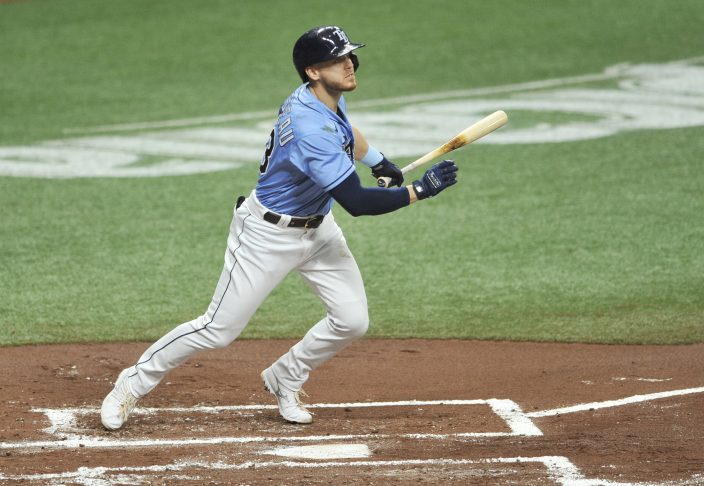 Rafael Devers had an RBI double and J.D. Martinez hit a run-scoring grounder off Pete Fairbanks (4-3) as Boston took a 4-3 lead in the fifth.

After Willy Adames reached on shortstop Tzu-Wei Lin’s throwing error, Smith put the Rays up 3-2 in the fourth on his first homer since Sept. 20, 2019.

The error was Lin’s second of the game and the third by Boston.

Yairo Muñoz opened the game with a double off Charlie Morton before Vázquez gave Boston a 2-0 lead on his homer.

Mike Brosseau had an RBI double in the bottom of the first.

Martinez had been hitless in 22 at-bats before an infield single in the fourth. ... Boston 1B Bobby Dalbec had his six-game RBI streak end. The Red Sox rookie record for consecutive games with an RBI is seven, held by Dom DiMaggio (1940) and Chuck Schilling (1961) according to the Elias Sports Bureau. ... Red Sox CF Jackie Bradley Jr. singled in the seventh and has a hit in 22 of his last 26 games

Rays: 1B Ji-Man Choi, who strained his left hamstring scoring Saturday night, is expected to be out at least two to three weeks.

Red Sox: RHP Tanner Houck will make his major league debut Tuesday night at Miami. He was taken by Boston in the first round of the 2017 draft.