Willson Contreras and Cameron Maybin were plunked by consecutive pitches from Cleveland reliever Nick Wittgren in the ninth inning, forcing home the winning run as the Chicago Cubs beat the Indians 6-5 Tuesday night.

After Cleveland tied the game at 5 with two runs in the top of the ninth, left-hander Oliver Pérez (1-1) allowed a one-out walk to Kris Bryant in the bottom of the inning. Anthony Rizzo followed with a single that advanced Bryant to third. Wittgren drilled Contreras with a 1-1 fastball, then hit Maybin with a bases-loaded changeup.

Trailing 5-3 in the ninth, Josh Naylor drew a leadoff walk from Cubs closer Jeremy Jeffress. One out later, Francisco Lindor hit a two-run shot to left to tie the game. It was his eighth of the season and the second blown save for Jeffress (4-1). 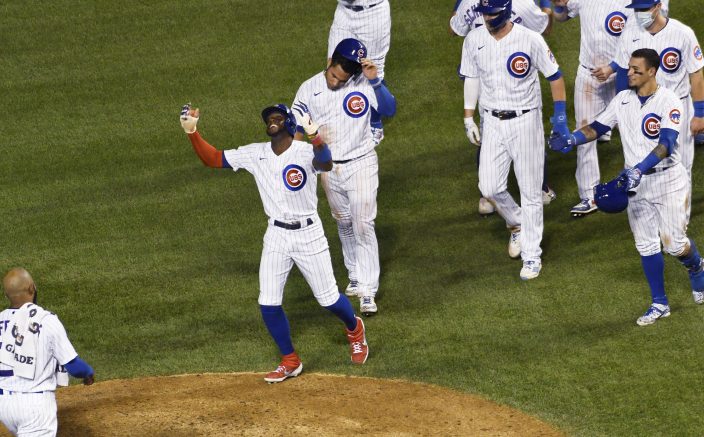 Chicago Cubs' Cameron Maybin, on mound, gestures after walking to force in the the winning run against the Cleveland Indians in a baseball game Tuesday, Sept.15, 2020, in Chicago. (AP PhotoDavid Banks)

Javier Báez also homered for the Cubs, who increased their lead to five games in the NL Central.

Lindor's home run took away a victory for Cubs starter Yu Darvish. The NL Cy Young Award candidate allowed three runs and nine hits over seven innings. He struck out seven and walked one as he bounced back from a loss to the Reds in his last outing.

Rookie Tyler Naquin was 4 for 4 for the Indians, who lost their season-high seventh straight game. 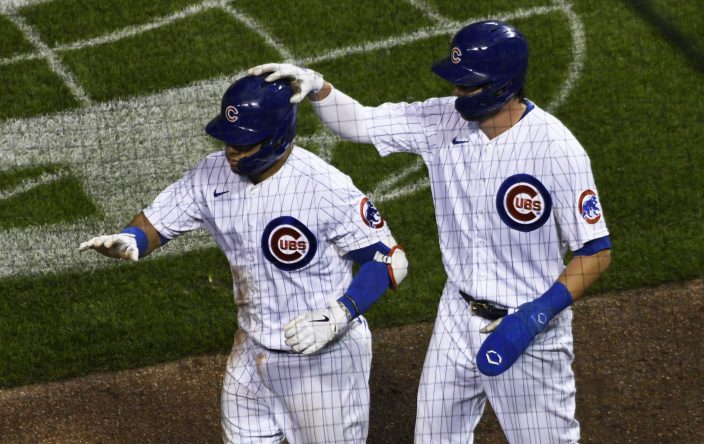 Chicago Cubs' Kris Bryant, right, pats Willson Contreras, left, on the helmet after Contreras drove in Bryant on a RBI sacrifice fly against the Cleveland Indians during the seventh inning of a baseball game, Tuesday, Sept.15, 2020, in Chicago. (AP PhotoDavid Banks)

With the score tied at three in the seventh, Indians reliever James Karinchak walked Bryant with one out. Bryant advanced to third on Rizzo's single, and Contreras followed with a sacrifice fly to right to score the go-ahead run.

Happ doubled to center for the Cubs in the fifth and scored on Bryant’s single. Rizzo followed with an RBI double to tie the game at 3. 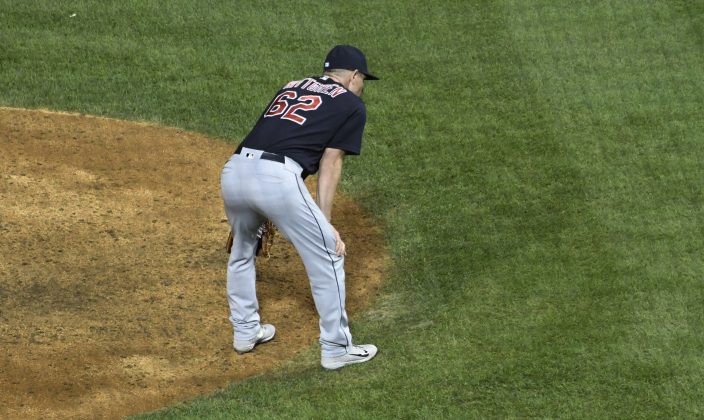 Lindor had three hits and four RBIs, including a run-scoring double during a two-run third. He was later thrown out at home by right fielder Jason Heyward on José Ramírez’s flyout.

DeShields doubled with one out in the fifth and scored on Lindor's single to give the Indians a 3-1 lead.

With one out in the second inning, Báez hit a towering home run to straightaway center field to put the Cubs up 1-0. It was Baez’s seventh of the season. 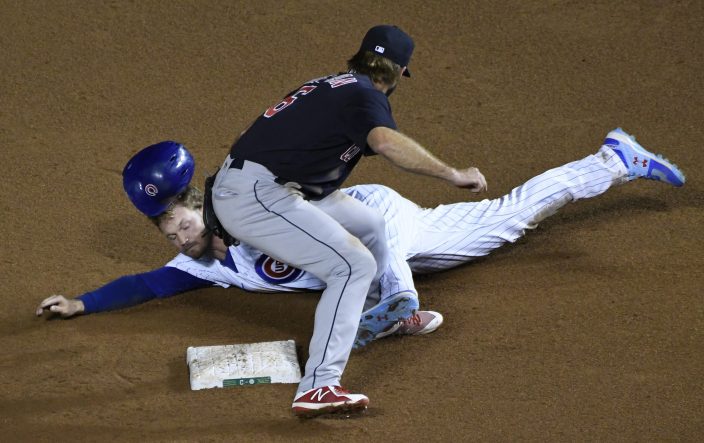 Indians starter Carlos Carrasco pitched six innings and allowed three runs and eight hits with five strikeouts and one walk in the no-decision.

Cubs: RHP Tyler Chatwood suffered a setback in his hopes of returning from a forearm strain . “I don't want to make a statement that his season is over, but I would say there is definitely a lot of caution,” said Cubs manager David Ross. 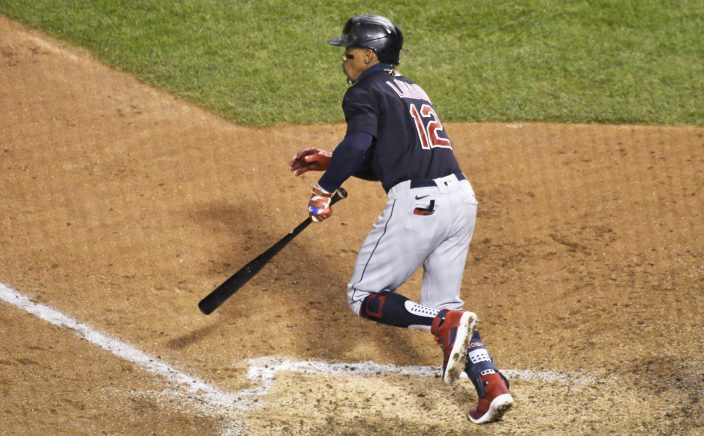 Indians: RHP Aaron Civale (3-5) is scheduled to start Wednesday against the Cubs. He has gone at least six innings in all nine of his starts this season, despite losing three of his last four starts.

Cubs: LHP Jon Lester (2-2), who is coming off one of his best starts of the season, is Chicago's scheduled starter. He struck out a season-high eight batters in six scoreless innings against the Brewers on Friday. 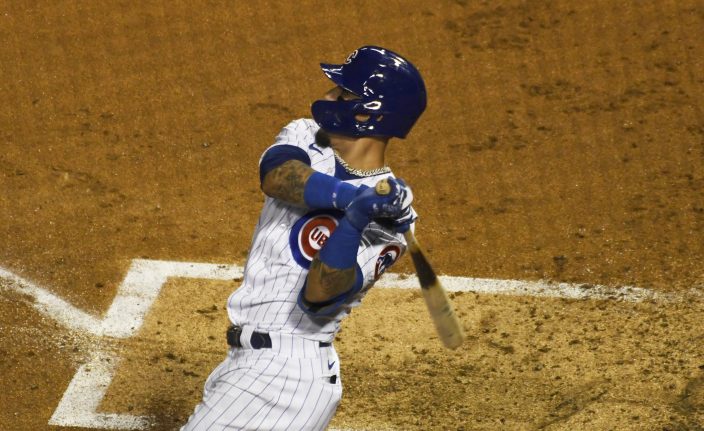