Centuries-old creaking wood floors. Dark and endless hallways. Secret doors. When the O’Hara family from suburban New York arrives at their massive new manor in the English countryside, it feels like we’re settling in for another jumpy horror movie.

But despite the current trend of horror films set in fabulous country homes — offspring, all, of “The Shining” — “The Nest,” starring the charismatic duo of Jude Law and Carrie Coon, will not prove THAT kind of horror film. Rather, the horror it explores is a more intimate sort: what happens when a seemingly happy marriage is stripped to its foundations and forced to face the uncomfortable truths it's built upon.

“The Nest” is not a long film, but is leisurely paced, sometimes frustratingly so: Writer-director Sean Durkin takes his time, relying on the appeal of his two leads. Mostly it works, because the appeal is real. You're probably familiar with Law’s charisma, but if you don’t know Coon, well, she pretty much steals every scene she’s in — including from her estimable co-star. The best moments in “The Nest” are when we’re watching Coon's face change moods, which she can do many times in even a brief shot. 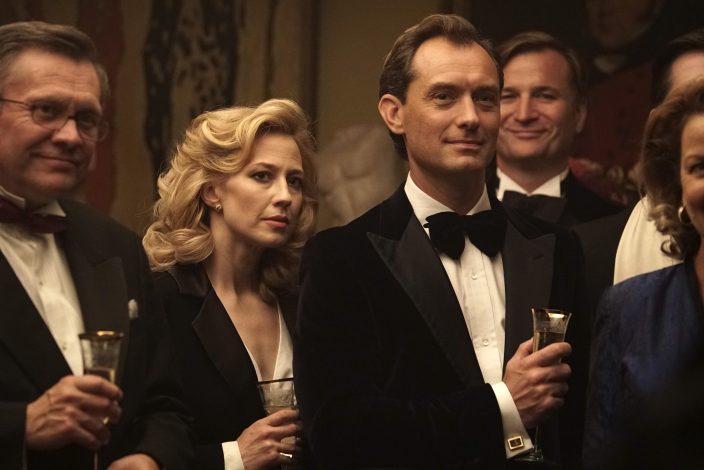 This image released by IFC Films shows Jude Law, center right, and Carrie Coon, center left, in a scene from "The Nest." (IFC Films via AP)

When we first meet the British ex-commodities trader Rory and his American wife Allison, an equestrian instructor, they seem to be living the suburban dream, two-car garage and all. It’s the 1980s, the Reagan era. He seems a loving and attentive dad to their 10-year-old son, and to Allison’s teenage daughter. Every morning, Rory brings Allison coffee in bed.

But one day, with that coffee, Rory has news: They need to move. To London. Business has dried up in the U.S. But in Britain, a deregulated financial system is newly booming, and there’s opportunity with his old boss, Arthur.

Allison balks at first, but listens to her mother, who echoes Rory's assurances that it’s not Allison’s “job” to worry about finances. So she brings her kids to meet Dad at the chilly but opulent manor he’s rented. Led Zeppelin stayed there once, Rory brags. 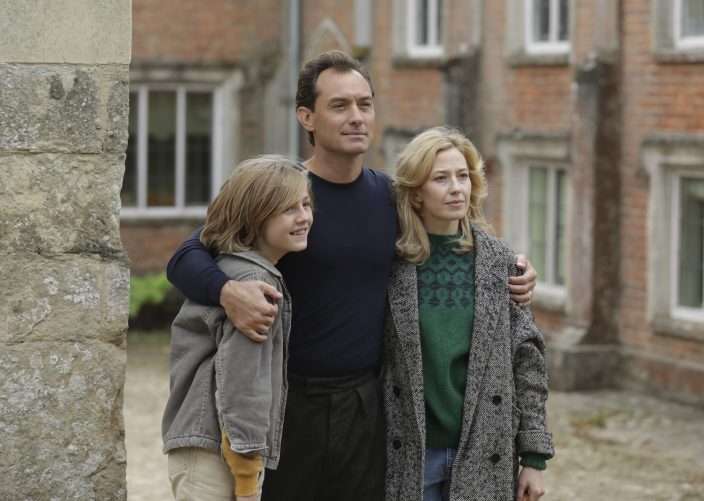 This image released by IFC Films shows, from left, Charlie Shotwell, Jude Law, and Carrie Coon in a scene from "The Nest." (IFC Films via AP)

At a gathering welcoming Rory back, his boss (an entertaining Michael Culkin), notes that Rory represents “the best of old Britain and new America.” But at the same party, we see Allison recoil at vestiges of a society that sees women as attractive props for their spouses. When she's overlooked during introductions to another couple, she pipes up: “My name is Allison, that might have been confusing.” (A throwaway line, but one of my favorites.)

Meanwhile, that manor they're living in is downright spooky. A work-obsessed father, an alienated mother trying to hold things together in a frightening old house — shades of “The Shining,” perhaps? But things don’t get nearly that crazy — at least not overtly.

Durkin has said he grew up moving between the United States and Britain, and was interested in contrasting the two cultures. Another theme is that of ambition, and class, and the corrosive effects it all has on Rory, whose origins were humble (made clear in a pointed scene with his mother, an excellent Anne Reid). But the most interesting theme centers on Allison. 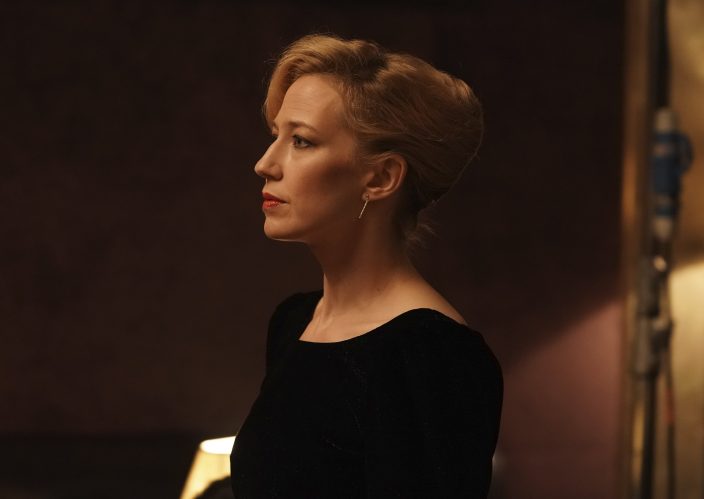 This image released by IFC Films shows Carrie Coon in a scene from "The Nest." (IFC Films via AP)

She’s being forced to redefine herself as the supportive wife, dutifully wearing her new chinchilla coat to dinner to impress Rory's new business partners. But to what extent is she complicit? It's complicated. Coon excels at threading the needle here, even as she rebels, spectacularly, at that same dinner party, making a fool of her self-important husband.

At the end, you might be a bit confused by what has really happened, or is yet to. But the journey has been absorbing. I was left remembering a terrific little restaurant scene where Allison does the ordering for the couple — a defiant, angrily extravagant order — and the waiter turns to consult Rory.

“Don’t look at him. I’ve told you what we want,” she admonishes.

“The Nest,” an IFC Films release, has been rated R by the Motion Picture Association of America “for language throughout, some sexuality, nudity and teen partying.” Running time: 107 minutes. Two and a half stars out of four.