The new film “ Antebellum ” begins with a famous William Faulkner quote: “The past is never dead. It’s not even past.”

This is a very literal introduction to a film about the evils of de facto and de jure oppression of Black people in America that’s crafted as a high-concept nightmare. Essentially, a modern-day woman finds herself trapped and enslaved on a plantation and must find a way to escape and reclaim her identity. Perhaps the overused quote was a warning about the journey we were about to go on. Because while the concept is certainly intriguing, the execution falls woefully short of its potential. In other words, this is no “Get Out,” although it would like to be.

Written and directed by Gerard Bush and Christopher Renz (in their feature debut) the film begins on the plantation. The camera floats over familiar images of Southern hypocrisy as a little white girl in a sunny yellow dress skips over to her mother on the steps of their grand estate while enslaved Black people work around them and Confederate soldiers march through the grounds. Janelle Monae is introduced as one of these enslaved people, Eden. And it’s not long before the brutality starts — branding, lynching, assault (verbal, sexual and physical). 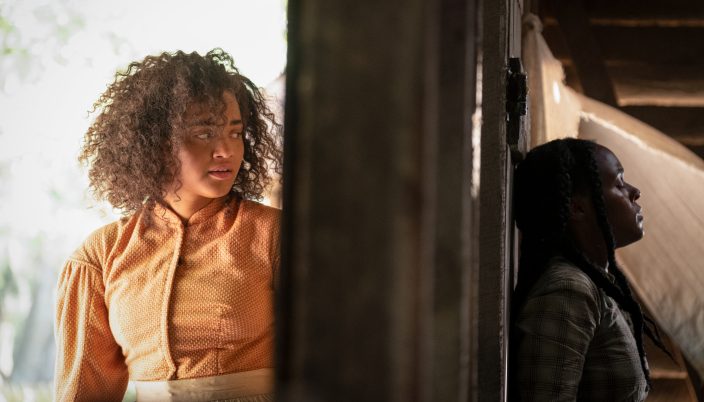 This image released by Lionsgate shows Kiersey Clemons, left, and Janelle Monae in a scene from "Antebellum." (Matt KennedyLionsgate via AP)

We’re in this “past” for over 30 minutes before the film essentially stops and reboots itself in a modern setting where Monae is now Veronica Henley, a famous and wealthy writer and public intellectual who is going on a work trip. She has a picture-perfect life: A loving husband and a beautiful daughter, a magazine-worthy apartment, professional success and confidence. She’s the kind of notable author who gets asked to speak on television and at conferences about racism and empowerment. In an alternate reality, this could be the beginning of a rom-com.

But things are a little off here and the audience, along with Veronica, begin to see the cracks in this so-called progressive society where she is subjected to dehumanizing microaggressions and bigger slights over the course of a day. There’s the concierge at the hotel who takes a call instead of helping her. There’s the host at the restaurant who seats her and her friends by the kitchen when other tables are open. And there’s the woman (Jena Malone) whose compliments of Veronica ooze with degrading condescension.

Malone is in the “past” too, perusing the slaves for purchase. And the film comes to reveal (as the trailer does in just a few minutes) that the plantation is neither the past nor a dream, but a very real place where Black people are kidnapped and taken so that white supremacists can “play” at living in the antebellum South, kind of like Westworld but without the pretense of robots. 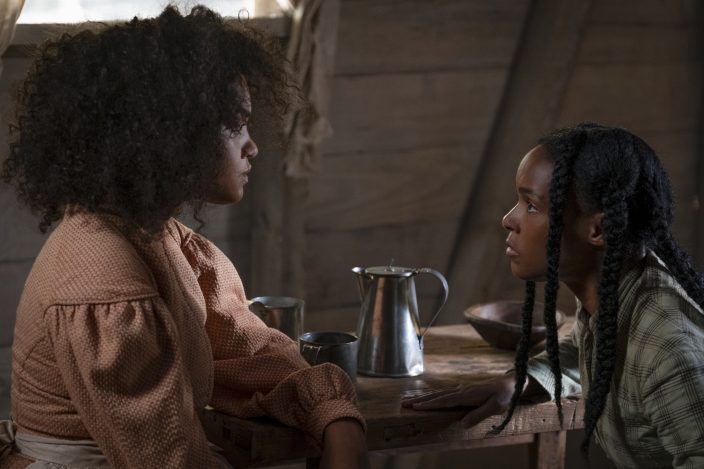 This image released by Lionsgate shows Kiersey Clemons, left, and Janelle Monae in a scene from "Antebellum." (Matt KennedyLionsgate via AP)

The machinations of the plot are not subtle and the film seems more interested in showcasing torture rather than illuminating the racism that lives on today.

Monae said in an interview with Entertainment Weekly that most films about racism are white savior films — even some that she’s been part of. It is a failing of cinema and storytelling when an experience is only shown through a certain lens that helps absolve and even make the oppressors feel good. “Antebellum” is supposed to be a rebuke to that. But it just doesn’t come close to delivering on all its big ideas, despite Monae's powerful performance. The movie is strongest in the modern setting and full of cliches on the plantation.

And this is fine. Part of leveling the playing field is allowing for failure from all areas. Besides, a big swing and a miss is always more interesting than a safe approach. 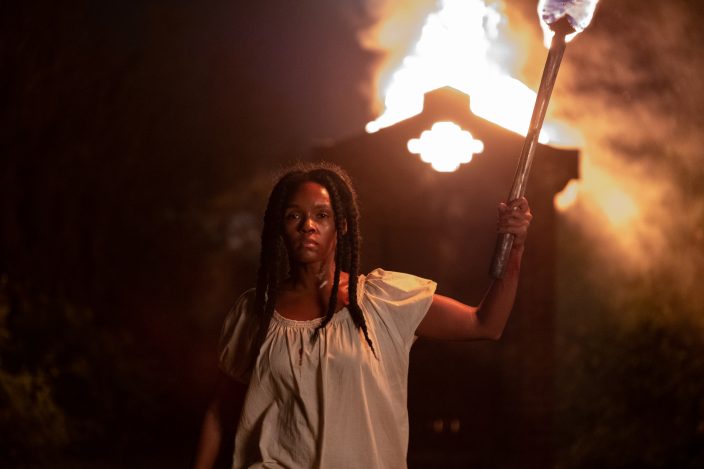 This image released by Lionsgate shows Janelle Monae in a scene from "Antebellum." (Matt KennedyLionsgate via AP)

In the end, “Antebellum” will inspire conversation, just probably not the one the filmmakers anticipated.

“Antebellum,” a Lionsgate release, is rated R by the Motion Picture Association of America for “disturbing violent content, language, and sexual references.” Running time: 105 minutes. Two stars out of four. 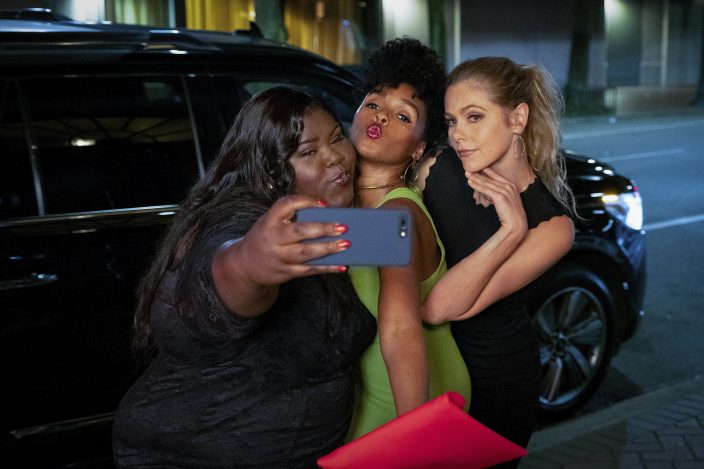 This image released by Lionsgate shows, from left, Gabourey Sidibe, Janelle Monae and Lily Cowles in a scene from "Antebellum." (Matt KennedyLionsgate via AP)

England ticked the boxes in beatin ...