Cardi B has filed for divorce from Migos’ rapper Offset, claiming her marriage was “irretrievably broken.”

The Grammy-winning rapper filed the divorce documents Tuesday in Atlanta, according to a Fulton County Courthouse filing. She said there are “no prospects for a reconciliation” for marriage with Offset.

Cardi B, using her birth name Belcalis Marlenis Almanzar, is seeking primary physical and legal custody of their 2-year-old daughter, Kulture. She also wants Offset, whose real name is Kiari Kendrell Cephus, to pay child support and her legal expenses. 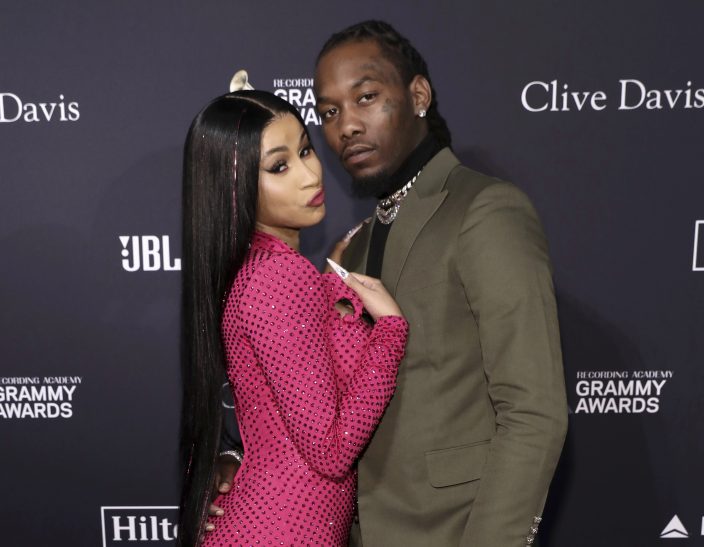 FILE - Cardi B, left, and Offset arrive at the Pre-Grammy Gala And Salute To Industry Icons in Beverly Hills, Calif. on Jan. 25, 2020. Cardi B has filed for divorce from Offset, claiming her marriage was “irretrievably broken.” A Fulton County Courthouse filing states that she filed the divorce documents Tuesday in Atlanta. (Photo by Mark Von HoldenInvisionAP, File)

The hip-hop stars have had a rocky marriage since they secretly wed in 2017. The couple broke up the following year, but eventually decided to work things out.

An email seeking comment was sent to her representatives.

A hearing in the case is scheduled for Nov. 4.

England ticked the boxes in beatin ...