The first volume of former President Barack Obama's memoir is coming out Nov. 17, two weeks after Election Day. It's called “A Promised Land” and will cover his swift and historic rise to the White House and his first term in office.

The publication date for the second volume has not yet been determined.

“I’ve spent the last few years reflecting on my presidency, and in ‘A Promised Land’ I’ve tried to provide an honest accounting of my presidential campaign and my time in office: the key events and people who shaped it; my take on what I got right and the mistakes I made; and the political, economic, and cultural forces that my team and I had to confront then — and that as a nation we are grappling with still," Obama said in a statement Thursday. 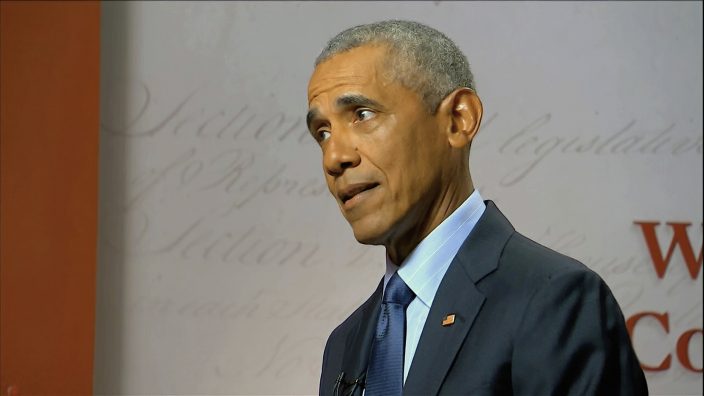 “In the book, I’ve also tried to give readers a sense of the personal journey that Michelle and I went through during those years, with all the incredible highs and lows. And finally, at a time when America is going through such enormous upheaval, the book offers some of my broader thoughts on how we can heal the divisions in our country going forward and make our democracy work for everybody — a task that won’t depend on any single president, but on all of us as engaged citizens.”

Obama's book, like his previous ones, will be released by Crown.

The 768-page book is the most anticipated presidential memoir in memory, as much or more because of the quality of the writing than for any possible revelations. He has been called the most literary president since Abraham Lincoln and has already written two highly praised, million-selling books: “Dreams from My Father” and “The Audacity of Hope,” both of which have been cited as aiding his presidential run in 2008 and making him the country's first Black president. 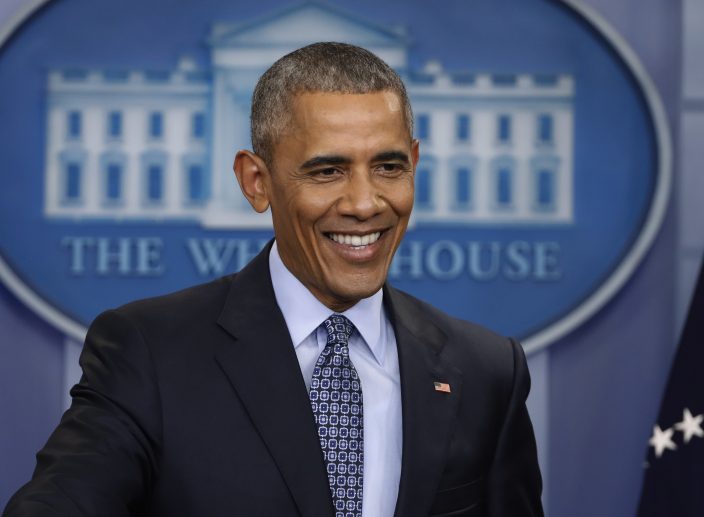 FILE - In this Jan. 18, 2017 file photo, President Barack Obama smiles during his final presidential news conference in the briefing room of the White House in Washington. More than a dozen “60 Minutes” interviews with Obama, beginning when he was a U.S. Senator, have been compiled into an audio release, “Barack Obama: The 60 Minutes Interviews” coming out Oct. 13. (AP PhotoPablo Martinez Monsivais, File)

Even with a substantial list price of $45, “The Promised Land” is virtually guaranteed to sell millions of copies. But it will face challenges far different from most presidential memoirs, and even from former first lady Michelle Obama's blockbuster book, “Becoming,” which came out two years ago. Because of the pandemic, the former president will likely be unable to have the spectacular arena tour that Michelle Obama had.

Barack Obama also may find his book coming out at a time when the Nov. 3 election is still undecided and the country is far more preoccupied with who the next president will be than with events of the past.