A group of COVID-19 survivors and patients' families is suing French Prime Minister Jean Castex, accusing him of potentially dangerous and contradictory management of the virus crisis even as infections have multiplied in recent weeks.

Castex and the government have pushed to reopen the economy and “learn to live with the virus,” refusing to impose new nationwide lockdowns as hospitals in some French regions start to fill up with virus patients again.

Lawyer Fabrice Di Vizio said he filed the lawsuit Thursday on behalf of the France Coronavirus Victims group in the Court of Justice of the Republic, a special court for prosecuting government ministers. The prime minister is accused of failing to “fight a disaster likely to create a danger for public safety.” 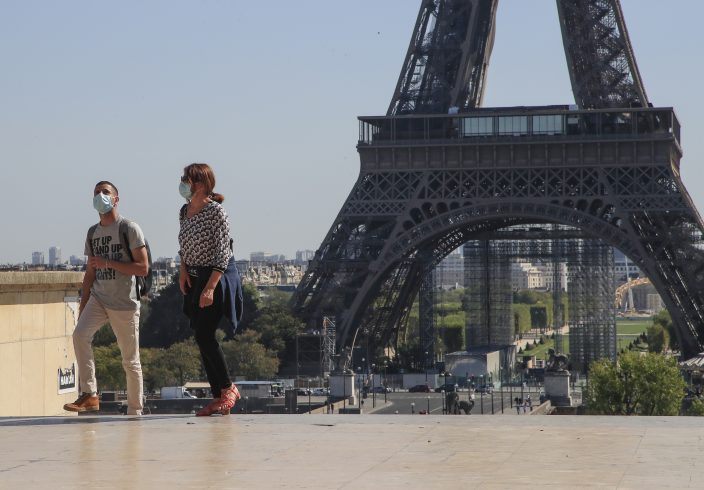 Dozens of other lawsuits have been filed in other French courts against nursing homes or others accused of mismanaging the virus crisis. President Emmanuel Macron cannot be targeted by lawsuits now because sitting presidents have immunity from prosecution.

The victims group questions why France hasn’t yet authorized quick saliva tests for the virus, instead of insisting on nasal tests that can take days to produce results because of backlogs in saturated French labs. The government argues that the saliva tests are not reliable enough, though they are available in some other countries, and says a quicker nasal test will be available in coming days.

The patients’ group also asks why the government pushed for mask requirements outdoors over the summer but didn’t require them inside offices until Sep. 1. Scientists say the risk of virus spread is higher indoors.

More than 30,600 people with the virus have died in France, including more than 10,000 in nursing homes. The country is now reporting more than 70 positive cases per 100,000 people, among the highest rates in the world, in part thanks to ramped-up testing. Virus hospitalizations are also rising in recent weeks.

Authorities in Marseille, Bordeaux and some other areas have imposed new local restrictions on gatherings as they have become new virus hotspots.

But Paris restaurants and bars are thronging with customers, and the central government ordered all schools to reopen with attendance in person this month and urged people to return to work. The Tour de France is currently racing around the country, and the French Open is due to begin later this month with spectators in the stands.

Last week, the government shortened the recommended quarantine period for people with the virus from 14 to seven days — drawing criticism Thursday from the World Health Organization, which warned of “alarming rates of transmission” of the coronavirus in parts of the continent.

An investigation is already under way into alleged pandemic mismanagement by three other current or former French government ministers, after the country's hospitals were quickly saturated with virus patients in the first wave of the pandemic.