Interim President Jeanine Áñez on Thursday dropped out of Bolivia's presidential election scheduled for Oct. 18, saying she wanted to avoid dividing the votes of people who oppose returning the party of ex-leader Evo Morales to power.

She said in a message to the nation that she was ending her candidacy “to ensure that there is a winner who defends democracy" against the Movement for Socialism party of Morales, who resigned the presidency last year and went into self-exile amid widespread protests over allegations of electoral fraud.

“What is at stake is no small thing — it is democracy in Bolivia,” said Áñez, who became interim president after Morales fled. 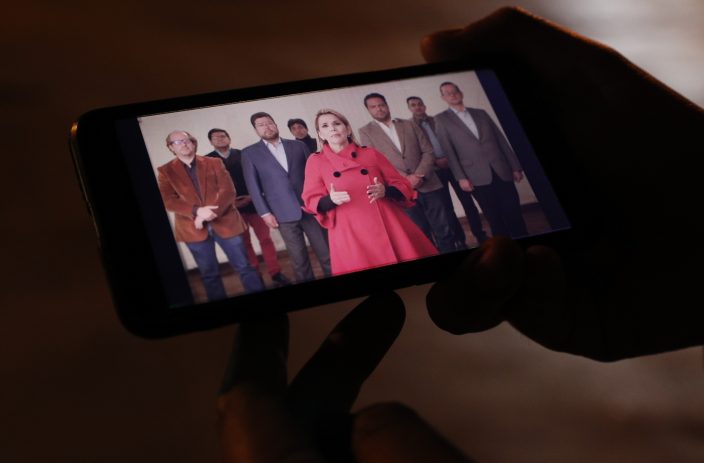 A man watches on his cell phone as Bolivia's interim President Jeanine Anez announces that she no longer will be a candidate for the presidency in the upcoming elections, in La Paz, Bolivia, Thursday, Sept. 17, 2020. Bolivia will hold presidential elections on Oct. 18. (AP PhotoJuan Karita)

She didn't endorse any of the remaining candidates.

Áñez has been a distant fourth in recent opinion polls. The front-runner is former Economy Minister Luis Arce, the candidate of the Movement for Socialism, while former President Carlos Mesa is second and civic leader Luis Fernando Camacho is third.

Opponents call for Bolivia leader to quit in election spat