Tucker gave the Astros a 2-0 lead with a two-run homer to right in the second. 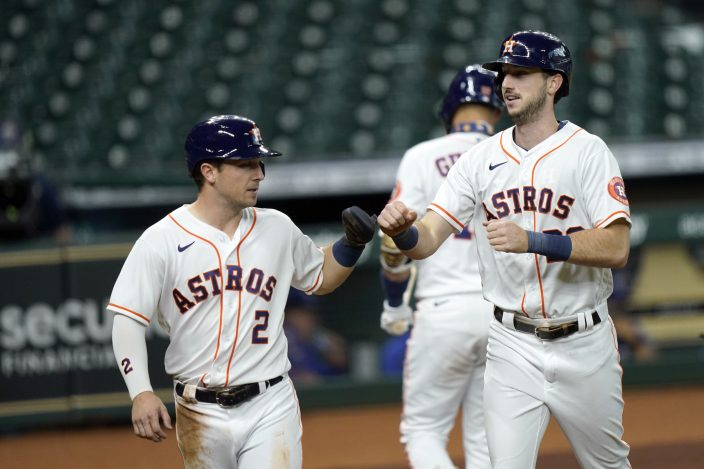 Houston Astros' Kyle Tucker (30) celebrates with Alex Bregman (2) after both scored on Tucker's home run against the Texas Rangers during the second inning of a baseball game Thursday, Sept. 17, 2020, in Houston. (AP PhotoDavid J. Phillip)

After a single by Anderson Tejeda in the second, Valdez retired 14 of the next 15 batters before a double by Sherten Apostel with one out in the seventh ended the left-hander’s night.

Josh James relieved Valdez and struck out Tejeda before Eli White cut the lead in half with an RBI single to left. James induced a weak groundout by Derek Dietrich to end the seventh.

James pitched a perfect eighth, and Brooks Raley pitched the ninth for his first career save. 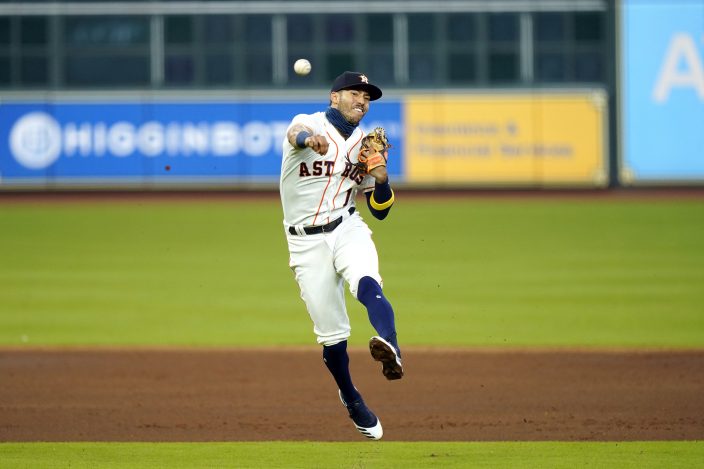 Houston Astros shortstop Carlos Correa throws to first for the out after fielding a ground ball by Texas Rangers' Isiah Kiner-Falefa during the third inning of a baseball game Thursday, Sept. 17, 2020, in Houston. (AP PhotoDavid J. Phillip)

Valdez rebounded nicely after being tagged for 13 runs in the last 12 innings over his last two starts.

Lyles retired 13 batters in a row before Carlos Correa reached on an error by Sam Huff with two outs in the seventh. Lyles induced a flyout by Josh Reddick to end the seventh. 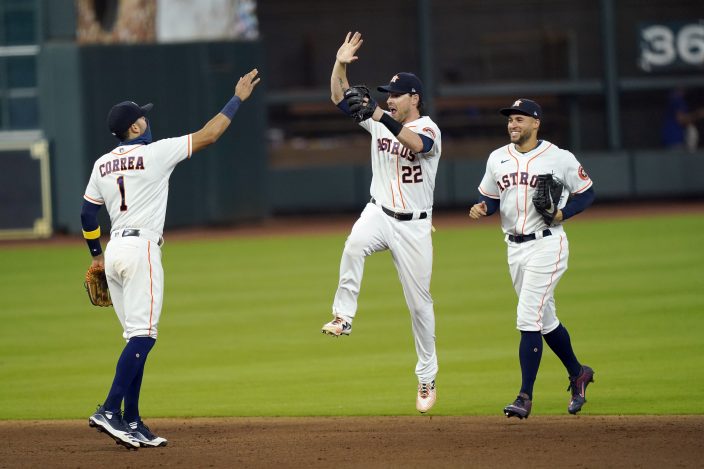 Lyles had given up at least three runs in each of his previous eight appearances this season.

Apostel, who is 21 years, 190 days old, became the youngest Ranger to start a game at first base. The previous youngest was Adrian Gonzalez, who was 21 years, 246 days old when he made his major league debut and started at first against the Mariners on April 18, 2004. 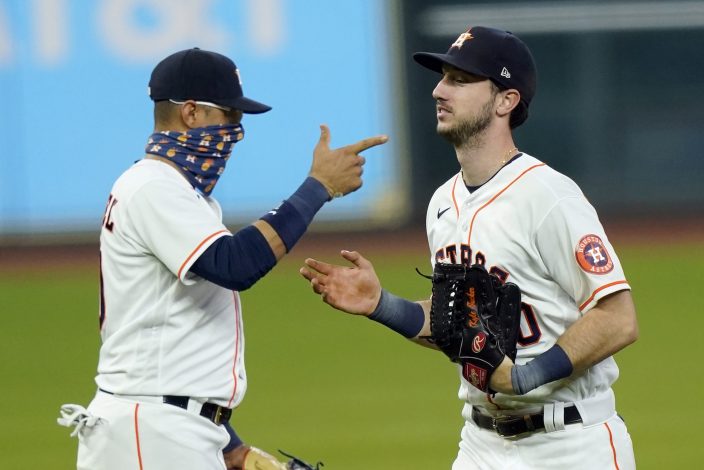 Rangers: LHP Wes Benjamin (1-0, 4.38) is scheduled to make his first career start on Friday in Los Angeles in the first of four games against the Angels. Benjamin has made five appearances out of the bullpen this season, including earning his first career win in his last outing against the Athletics on Saturday, allowing two runs in four innings.

Astros: RHP Zack Greinke (3-2, 3.77) is slated to start on Friday as the Astros open a three-game series against the Diamondbacks. Greinke has lost two straight starts, allowing nine runs over 11 innings in those outings. 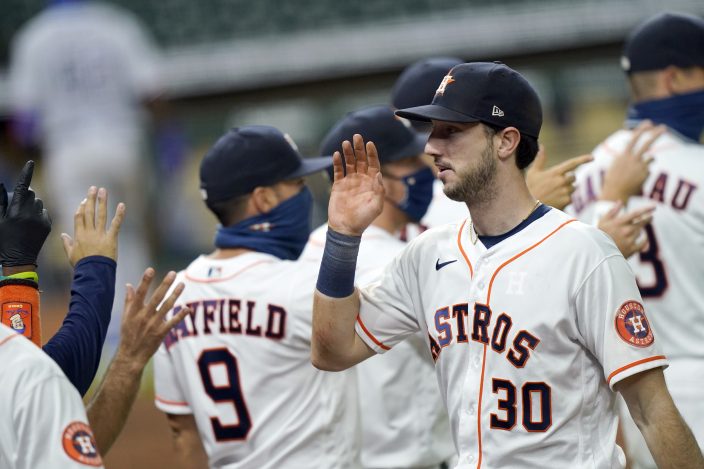