This photo gallery highlights some of the most compelling images made or published by Associated Press photographers in the Europe and Africa regions.

The gallery was curated by Rome Photo editor Fabio Polimeni.

Police officers block and detain protesters during an opposition rally to protest the official presidential election results in Minsk, Belarus, Saturday, Sept. 12, 2020. Daily protests calling for the authoritarian president's resignation are now in their second month and opposition determination appears strong despite the detention of protest leaders. (AP PhotoMisha Friedman) 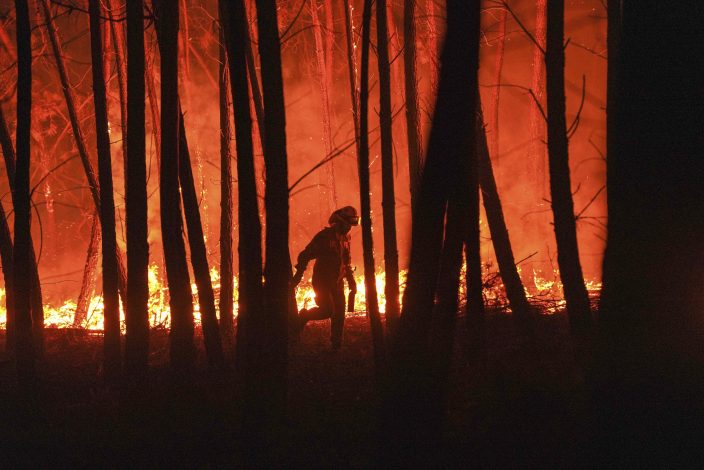 A firefighter is silhouetted against a fire burning outside the village of Roqueiro, near Oleiros, Portugal, Monday, Sept. 14, 2020. Almost 1,000 firefighters are battling a major wildfire in central Portugal. Officials said that strong winds were pushing the flames through dense and hilly woodland, much of it hard to reach. (AP PhotoSergio Azenha) 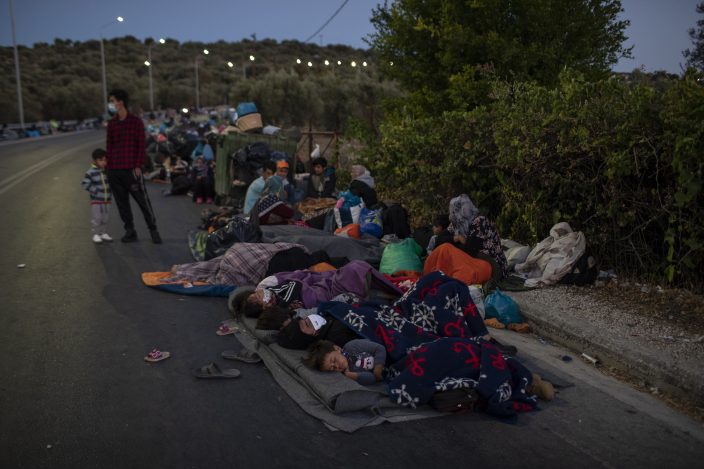 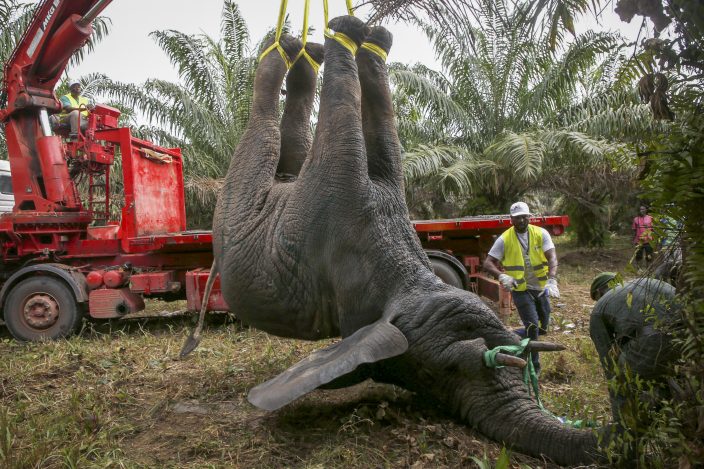 A wild elephant is prepared for transport as part of operations carried out by authorities to catch and relocate wild elephants who have upset farming communities, in Guitry, Ivory Coast, on Thursday, Sept. 10, 2020. An elephant who was named Hamed by the residents in the southern region of Ivory Coast has been captured and moved to the zoo in Abidjan as he awaits a transfer to an appropriate park, in an effort to save the dwindling population. (AP Photo) 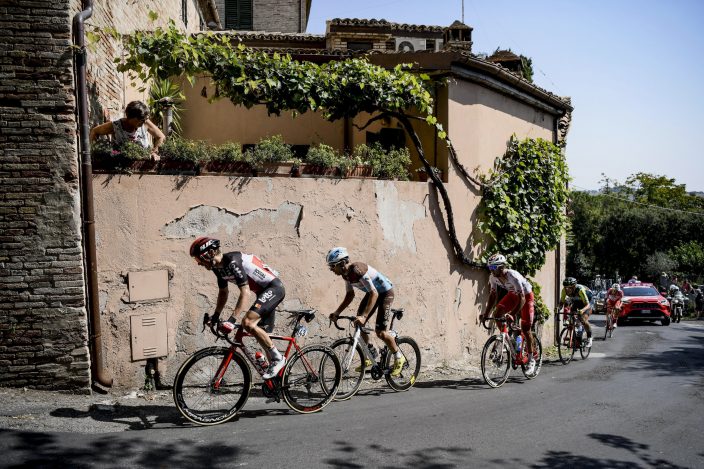 A woman, upper left, leans from her balcony to take a look at cyclists passing by, during the fifth stage of the Tirreno Adriatic cycling race, from Castelfidardo to Senigallia, Italy, Saturday, Sept. 12, 2020. (Marco AlpozziLaPresse via AP) 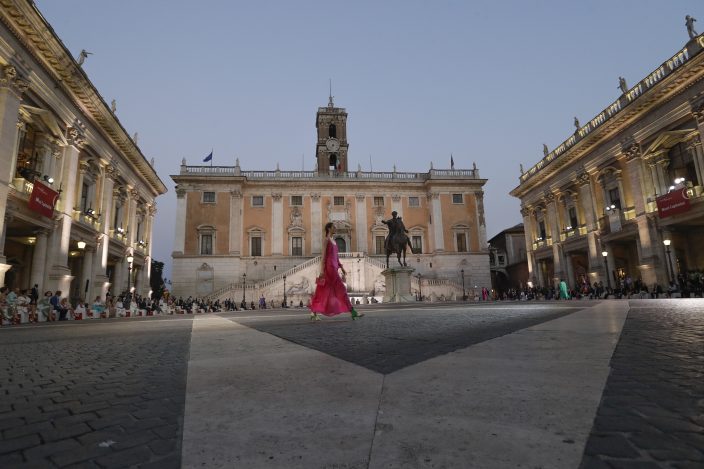 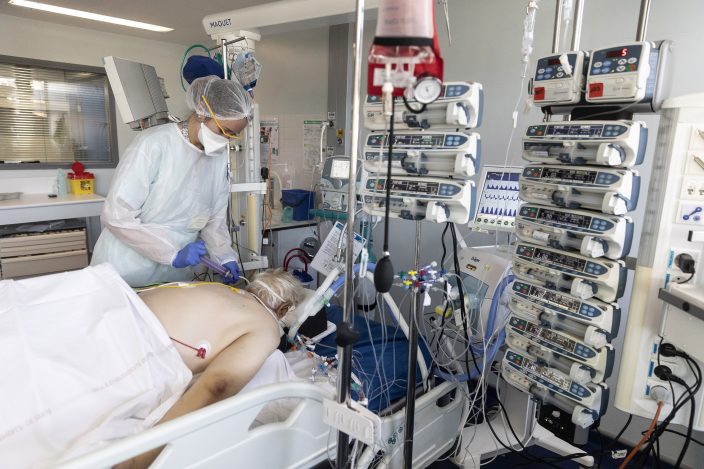 A medical worker tends to a patient affected with COVID-19 at the Nouvel Hospital Civil of Strasbourg, eastern France, Tuesday, Sept.15, 2020. France is grappling with the double problem of trying revive its COVID-battered economy while also curbing the steady climb in infections spread during summer months when vacationers let their guard down, picked up by increased testing. (AP PhotoJean-Francois Badias) 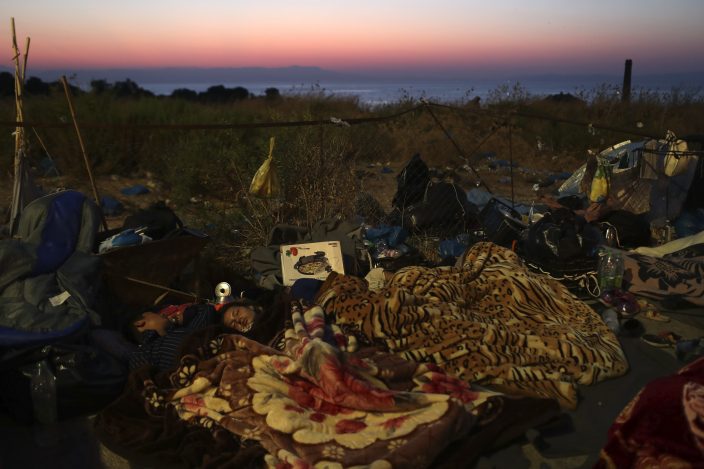 Migrants sleep in a camp on a road leading from Moria to the capital of Mytilene, on the northeastern island of Lesbos, Greece, Thursday, Sept. 17, 2020. Fires swept through the overcrowded camp at Moria on two nights the previous week, prompting more than 12,000 migrants and refugees to flee. Most of them remain without shelter even though emergency tents are available at another island site where a new camp is being built.  (AP PhotoPetros Giannakouris) 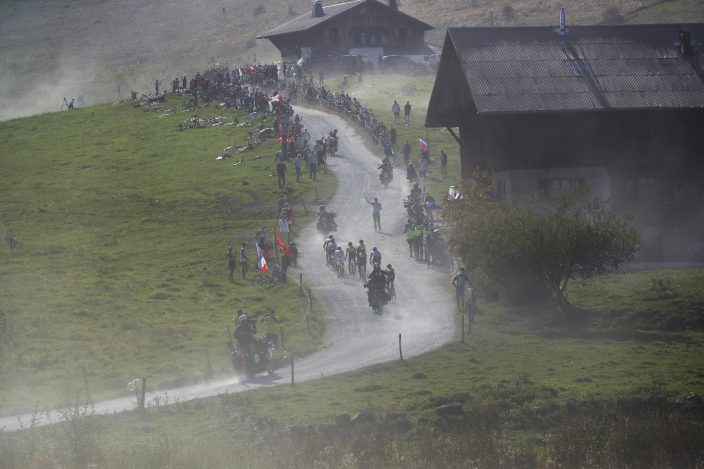 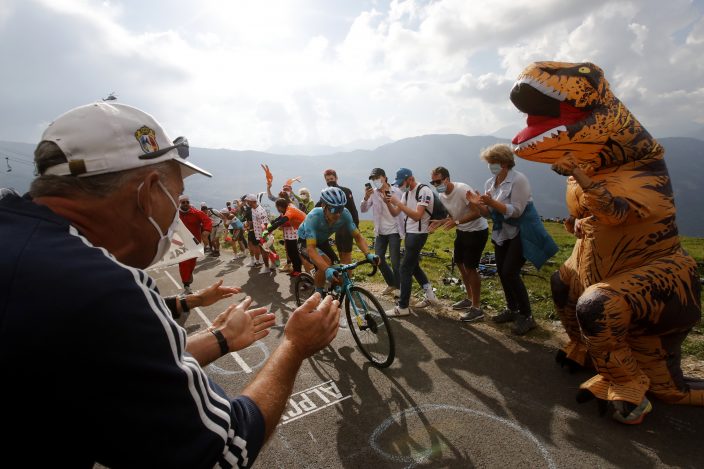 With the NFL scrambling to get a f ...