Japanese police on Friday arrested a man on fraud charges linked to annual cherry blossom viewing parties that were hosted by former Prime Minister Shinzo Abe, but the new government ruled out an investigation into how the party and its budget were used.

Abe has denied any wrongdoing or personal ties with the suspect and is not facing any criminal investigation so far. His successor, Yoshihide Suga, said he will discontinue such parties in a sign of departure from Abe. 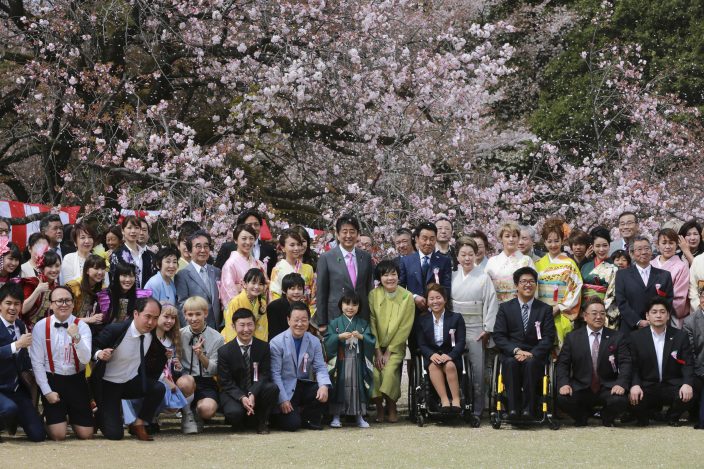 FILE - In this April 15, 2017, file photo, then Japanese Prime Minister Shinzo Abe, center with a pink tie, pose with Japanese artists, entertainers, athletes and other guests during a cherry blossom viewing party hosted by Abe at Shinjuku Gyoen National Garden in Tokyo. On Friday, Sept. 18, 2020, Japanese police arrested a man, who was invited to one of annual cherry blossom viewing parties hosted by the former Prime Minister Abe, in a massive fraud involving thousands of elderly customers(AP PhotoEugene Hoshiko, File)

Chief Cabinet Secretary Katsunobu Kato, at a regular news conference Friday, confirmed the arrest of the fraud suspect but said that the government does not plan to investigate further.

He said that an investigation by Abe's government found that all guest books had been destroyed.

The suspect, Takayoshi Yamaguchi, has long had close ties with senior members of the ruling party, Japanese media reports say. 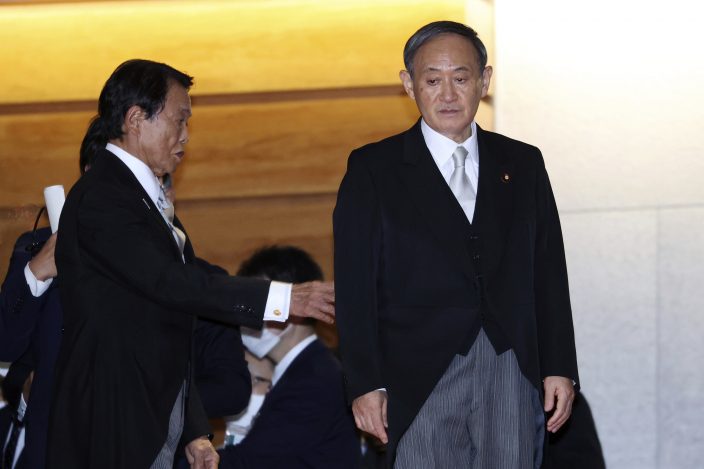 FILE - In this Sept. 16, 2020, file photo, Japanese Prime Minister Yoshihide Suga, right, waits his cabinet members for a photo session after their first cabinet meeting at the prime minister's official residence in Tokyo. Prime Minister Suga's government says it will not look into scandals of a previous government, even though it is largely inheriting former leader's policies. (Yoshikazu TsunoPool Photo via AP, File)

A number printed on the invitation card indicated that Yamaguchi was invited by Abe himself, according to the lawmakers and lawyers. Abe has denied any personal connection or contacts with the suspect.

Jun Azumi, a senior lawmaker of the main opposition Constitutional Democratic Party, demanded Suga's government live up to its pledge and serve for the people's interest.

With the NFL scrambling to get a f ...