Parma became the latest Serie A team with foreign ownership Friday when the U.S.-based Krause Group purchased a 90% stake in the club.

“The acquisition of Parma Calcio 1913 is the fulfillment of a long-held dream,” said Kyle Krause, the chairman and CEO of the Krause Group. “My family and I have a deep-rooted, intergenerational passion for both football and our ancestral home of Italy.”

In Italy's top tier, Roma and AC Milan also have American ownership, Inter Milan is run by the Chinese-based Suning Group, Fiorentina is led by an Italian-American and Bologna has a Canadian owner. 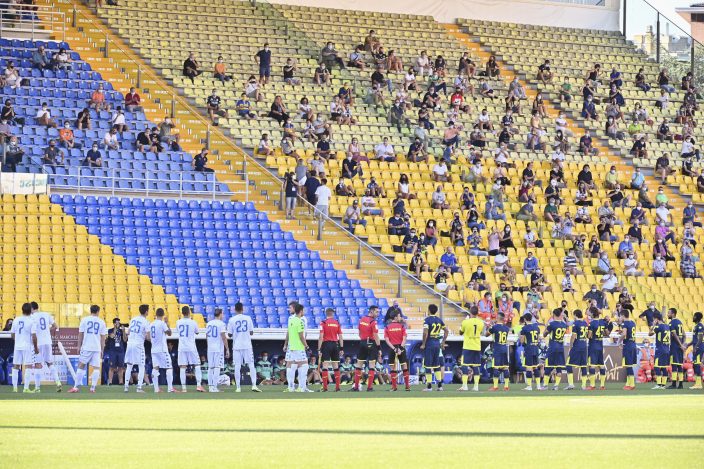 Fans wait for the start of a friendly match between Parma and Empoli at the Ennio Tardini stadium in Parma Sunday, Sept. 6, 2020. For the first time since the start of the COVID-19 pandemic, the stadium was opened for 1,000 fans. (Massimo PaoloneLaPresse via AP)

The Iowa-based Krause Group is “the parent company for a diverse set of businesses that include convenience retail, logistics, Italian wineries and hospitality, real estate, agriculture, and soccer clubs,” according to the company’s website.

Parma, a two-time UEFA Cup champion in the 1990s, fell into financial trouble in recent years and had a series of ownership changes.

The team was dismantled in 2015 and had to restart from Serie D. Parma returned to Serie A in 2018 and finished 11th last season.

Parma opens this season by hosting Napoli on Sunday.

“Parma are fighters and bouncing back from Serie D with three consecutive promotions in three years is a testament to their resilience,” Krause said. “As president I promise to fight for them every step of the way. I am honored to don the yellow and blue and play a small part in the venerable history of this proud team. I look forward to growing the team, the sport, and its fandom in Parma, Italy, and the world.”

As expected, Mariah Bell and Bradi ...