A second death from Hurricane Sally was reported Friday in Alabama, where the storm sloshed ashore Wednesday, brining wind and flooding rain.

Baldwin County coroner Dr. Brian Pierce said the death in the Foley area and was of someone who was involved in storm cleanup. He gave no other details on the death.

Another person in the county died Wednesday morning as the hurricane was blowing through in an apparent drowning. 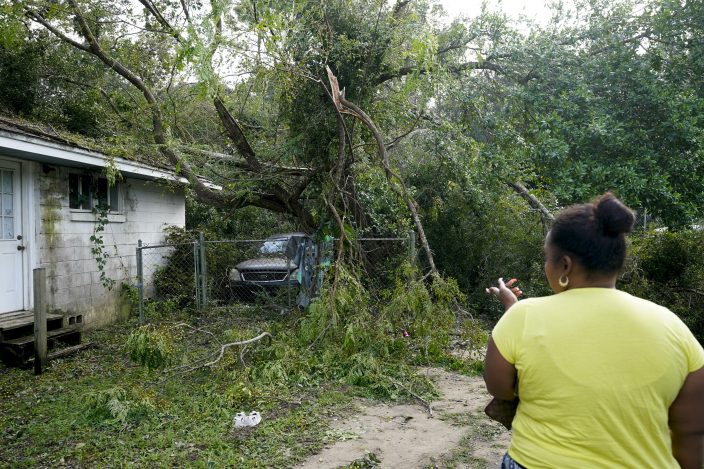 And in Florida, authorities were looking for a missing kayaker who was feared dead, Escambia County Sheriff David Morgan said. The U.S. Coast Guard is looking for the man who went out on the day of the storm, he said.

“We’ve been telling everyone how fortunate we are about not having any deaths. We may have our first hurricane-related death as a result of it,” the sheriff said. 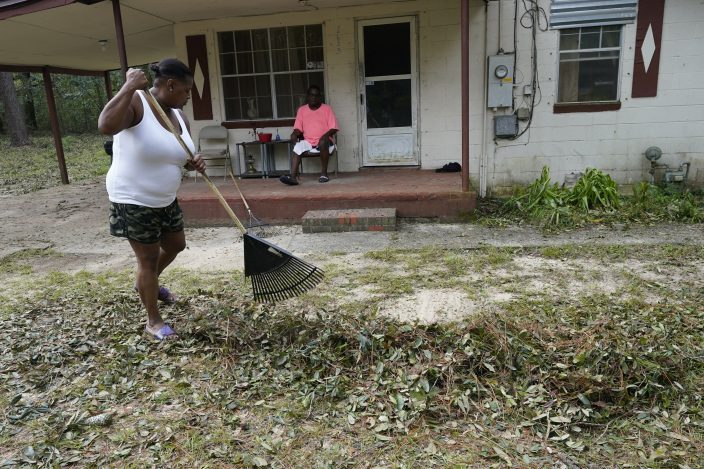 The storm's maximum sustained winds Friday morning were near 40 mph (65 kph). Slight strengthening was possible during the day but weakening should start over the weekend, the U.S. National Hurricane Center said.

Wilfred was centered about 630 miles (1,015 kilometers) west-southwest of the Cabo Verde Islands and was moving west-northwest near 17 mph (28 kph).

The storm comes amid a very active hurricane season in the Atlantic and “Wilfred" is the last name on the Hurricane Center's list of storm names for the season. 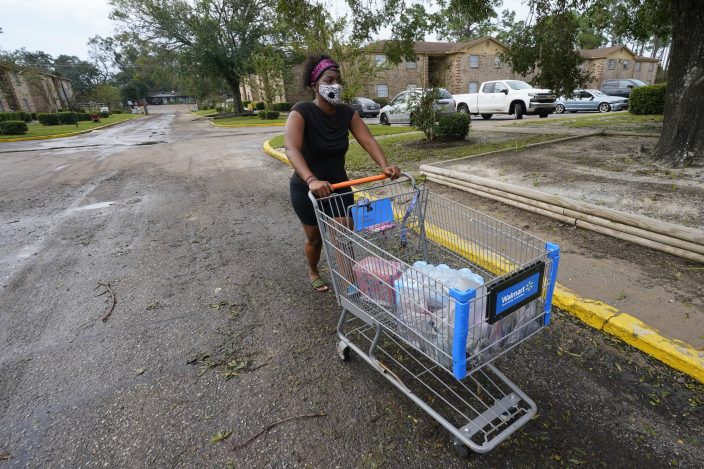 Fanchiskia Gulley moves toward her apartment after purchasing provisions in the aftermath of Hurricane Sally, Friday, Sept. 18, 2020, in Fla. (AP PhotoGerald Herbert)

“Get out the Greek alphabet,” the National Hurricane Center tweeted. After using up traditional storm names, meteorologists will now use Alpha, Beta and other Greek letters for future storms.

The only time they had done this before was in the deadly 2005 hurricane season, during which Hurricane Katrina devastated New Orleans. It is still peak Atlantic hurricane season for a few more weeks and forecasters are watching at least three other systems for signs of development, including one that is a tropical depression in the western Gulf of Mexico.

The prior record for the earliest 21st named storm was Wilma on October 8, 2005, according to Colorado State University hurricane researcher Phil Klotzbach.

A Greek helicopter pilot is appear ...

Eden Hazard hobbled toward the sid ...