Matthew Wolff deserved some cheers for the way he picked apart Winged Foot on Saturday afternoon to move into the lead of the U.S. Open.

Patrick Reed and Bryson DeChambeau deserved something, too, and rowdy New York fans would have been sure to give it to them had they been allowed to be there to watch.

They weren’t, of course, and the Open suffered because of it. So, likely, did the TV ratings, which already figured to take a hit because Tiger Woods and Phil Mickelson were long gone. 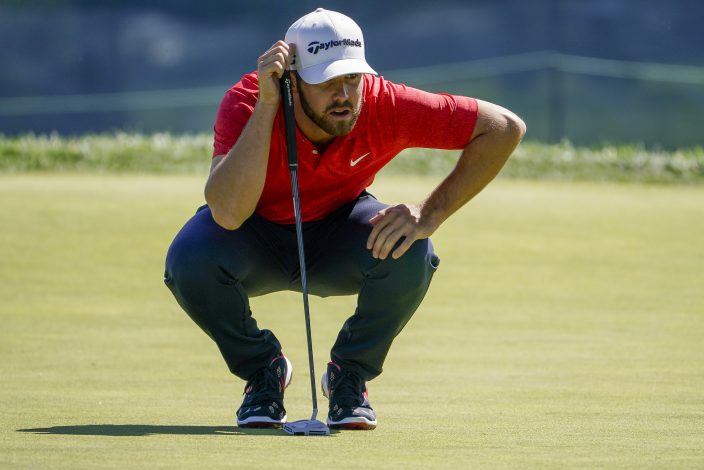 Matthew Wolff lines up a putt on the second green during the third round of the US Open Golf Championship, Saturday, Sept. 19, 2020, in Mamaroneck, N.Y. (AP PhotoJohn Minchillo)

No stars. No buzz. No fun, unless you like watching scenes of players studying maps on the greens like they were preparing for the invasion of Normandy.

``It’s like a zombie walk out there,’’ NBC analyst Paul Azinger said.

Maybe not as scary, but just as quiet. Aside from an occasional fist bump between player and caddie it was hard to figure out who was playing well and who was spitting it up. 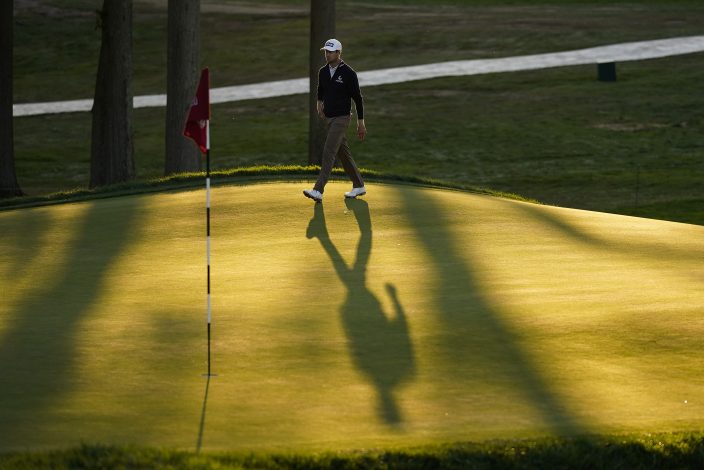 Harris English, of the United States, walks onto the 18th green during the third round of the US Open Golf Championship, Saturday, Sept. 19, 2020, in Mamaroneck, N.Y. (AP PhotoCharles Krupa)

If the third round of the Open taught us anything, it’s that fans matter. And the lack of fans at Winged Foot could matter even more on Sunday when the 21-year-old Wolff tries to win the Open in his first try.

Get this: He’s so new in professional golf that he’s never played in a major championship that actually had fans.

``I think coming down the stretch it maybe makes me a little more calm just to see less people,’’ Wolff said. ``But I really don’t think too much about it.’’ 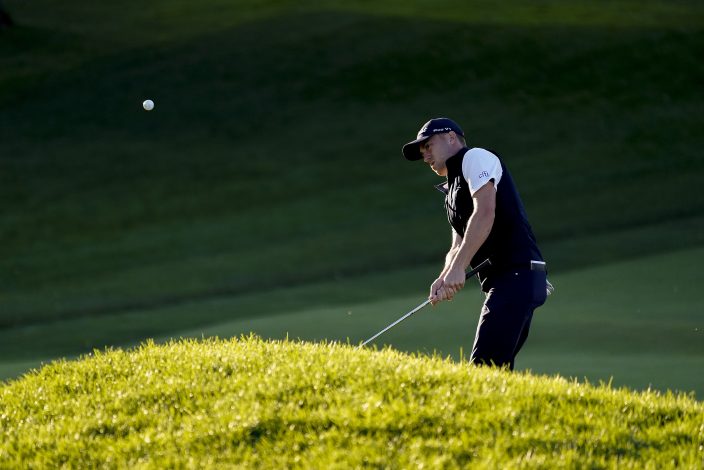 Justin Thomas, of the United States, chips onto the 18th green during the third round of the US Open Golf Championship, Saturday, Sept. 19, 2020, in Mamaroneck, N.Y. (AP PhotoCharles Krupa)

Others do, which might be the one thing that will make Sunday’s final round interesting. Tiger Woods got help in winning some majors because the cheers for him intimidated other players, but there’s no crowd to fear — or feed upon — on historic Winged Foot.

``Right now it’s so quiet, it’s eerie, it’s weird,’’ Xander Schauffele said. ``It’s not like anything anyone has experienced. It’s hard to feed off of certain things. When you do go birdie-eagle or something, usually you kind of ride a wave and you can usually focus a little more and get in a zone, and right now it’s sort of like a college tournament almost where you’re doing your own thing.’’

It’s not like this is new to golf. There haven’t been fans since the PGA Tour resumed, including at the PGA Championship last month in San Francisco when Wolff shot 65 in the final round and for a short time was the leader in the clubhouse.

But this is New York, where fans are legendary and tend to freely express their opinions as the day goes on and the beer flows freely.

In the 2002 Open at Bethpage they mocked Colin Montgomerie for (allegedly) looking like Mrs. Doubtfire, hounded Sergio Garcia for his quirky ways and howled in glee every time they saw Woods do anything. In the last Open at Winged Foot in 2006 they nearly fell over each other trying to get near Mickelson as he hit it into a tent on the 18th hole on his way to blowing the tournament.

If not for the pandemic, they would have been quick this week to yell out quips about Reed being a cheater or DeChambeau looking way too bulked up for a golfer. They surely wouldn’t have been quiet when DeChambeau took forever to study charts and blades of grass — and perhaps the rotation of the earth — before hitting a 3-foot putt.

What that means for the TV broadcast couldn’t have been clearer Saturday as households around the country likely searched for better viewing options. What it means for Wolff in Sunday’s final round won’t totally be known until the last putt is struck, but it should be noted that the Californian with a quirky swing isn’t that far removed from playing in college tournaments himself.

``Just makes it a touch easier for the guys at the top,’’ said Rory McIlroy.

The way Wolff played the third round he doesn’t need any more advantages. He shot a 5-under 65 that was two shots better than anyone else could manage, finishing it off with a birdie on 18 after his drive got a lucky bounce and kicked out of the heavy rough.

He’s won only once but has only been playing professionally since last year. And in his first major last month at the PGA Championship, Wolff was a force down the stretch before finishing fourth.

Now he’s got a two-shot lead over DeChambeau and a ton of momentum. He’s not only in position to win the Open but to become the first player to win the championship in his Open debut since Francis Ouimet turned the trick in 1913.

Too bad there won't be any fans around to watch. Because that could really be something to cheer about.