The Mets moved to within 1 1/2 games of the NL’s last playoff spot with eight games left. 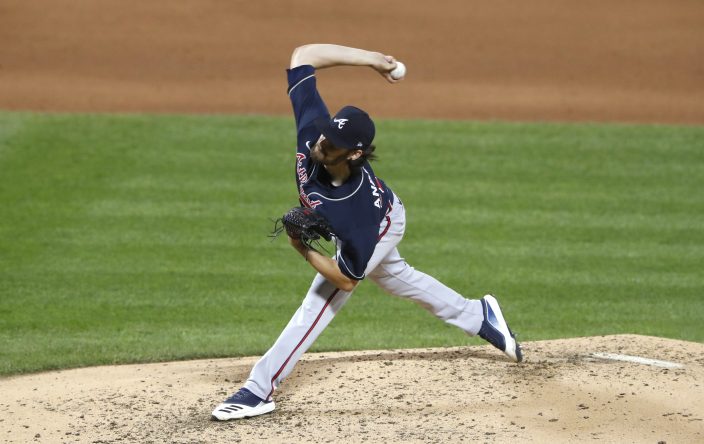 Peterson allowed one run and three hits and threw a career-high 102 pitches. The left-hander also matched his longest outing and went six innings for the second time against Atlanta.

Peterson got Freeman to foul tip a fastball into catcher Robinson Chirinos’ glove after he picked off Ronald Acuña Jr. in the first. In the third with Acuña on first, Peterson fanned Freeman on a slider and in the fifth with Austin Riley on second, he got the star first baseman on another slider.

Freeman struck four times for the second time this season. He had four strikeouts July 28 at Tampa Bay.

Freeman, who began the game batting .359, hit an inning-ending double play in the seventh with the bases loaded against Justin Wilson. Freeman struck out in the ninth to end it.

Freeman’s 12-game hitting streak ended and his batting average dropped to .349. He leads Washington’s Juan Soto by 11 points in the batting race.

The MVP candidate also saw his on-base streak ended at 33 games, the longest in the majors this season.

Robinson Canó had three hits, including a two-run double off rookie Ian Anderson (3-1) after the Mets opened the game with three straight walks. He added a solo homer in the eighth after Dominic Smith opened the inning with a homer off Shane Greene, who allowed multiple runs for the first time in 31 appearances.

Brandon Nimmo had a two-run single and Chirinos added an RBI single for the Mets.

Mets: RHP Jacob deGrom (right hamstring spasm) threw his second side session Saturday and is set to start Monday against Tampa Bay. DeGrom will likely have two starts in to enhance his bid for a third straight National League Cy Young Award. … RHP Corey Oswalt was activated from the 10-day injured list. … RHP Franklyn Kilomé was optioned to the alternate training site.