With a squad mostly unchanged from last season, Madrid looked out of rhythm and couldn't get more than a point at the Basque Country's Reale Arena. Zinedine Zidane's team struggled in attack and needed a good performance by goalkeeper Thibaut Courtois to salvage the draw.

Madrid had won 10 of its last 11 league matches last season to clinch its first title in three years. It is trying to lift back-to-back league trophies for the first time since 2007-08. 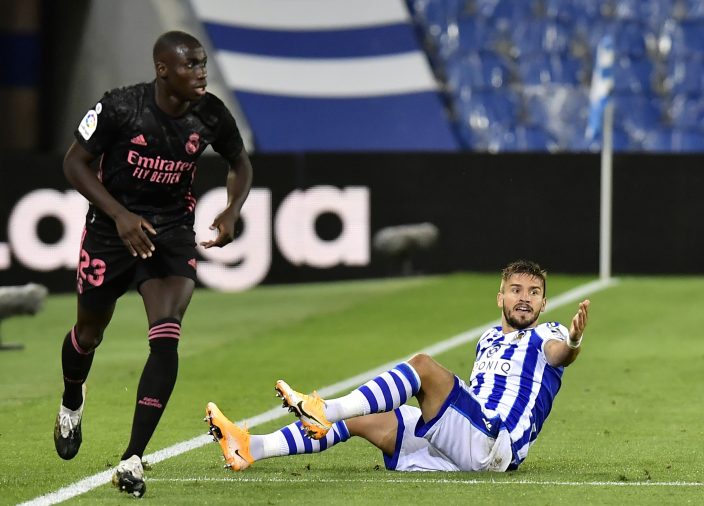 Madrid only opened this weekend because its first-round match against Getafe was postponed as it played later into last season after reaching the round of 16 of the Champions League. Barcelona and Atlético Madrid, which made it to the Champions League quarterfinals, had their first two games postponed and won’t start until next weekend in the third round. It's the same for Sevilla, which won the Europa League.

Madrid had only one preparation match before its opener, against Getafe last week. Sociedad had started its league campaign with a 1-1 draw at Valladolid.

Madrid started its title defense with a similar squad that won the league title for the 34th time, with the only new starter being playmaker Martin Odegaard, who had been on loan with Sociedad until last season. He was a surprise starter in place of defensive midfielder Casemiro, a regular for Zidane along with Toni Kroos and Luka Modric in the midfield. 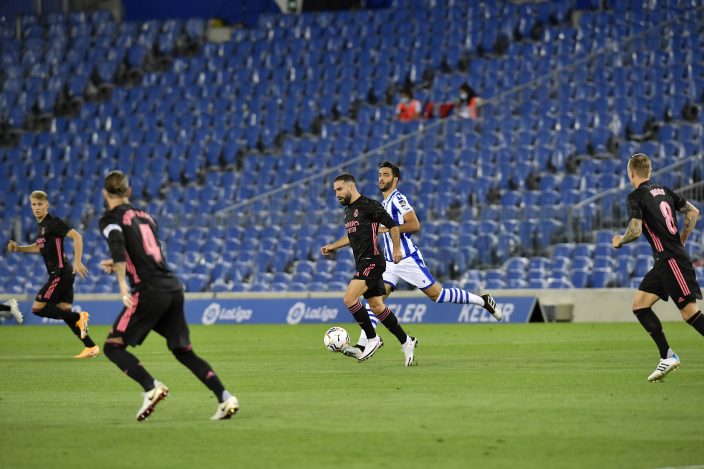 Young Brazilians Vinícius Júnior and Rodrygo flanked Karim Benzema in the attack, with Eden Hazard, who is not fully fit yet, sitting out.

Gareth Bale and James Rodríguez left for the Premier League but they hadn’t been playing much under Zidane.

Madrid had its trip to the Basque Country city of San Sebastián delayed after a problem with an airplane. 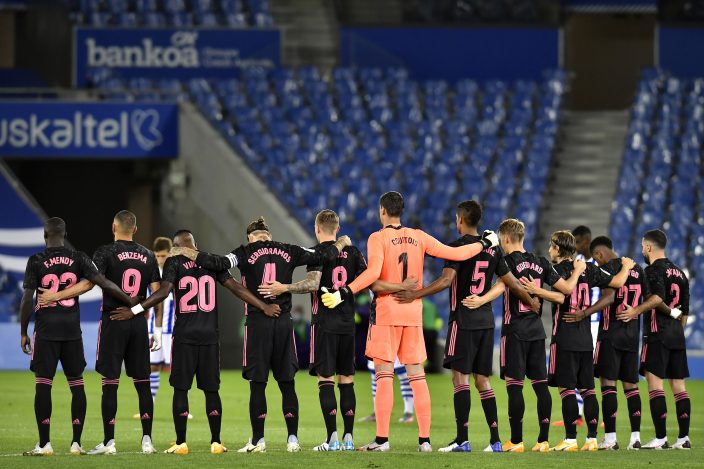 Manuel Pellegrini continues to impress in his coaching return to the Spanish league, leading Real Betis 2-0 over Valladolid for a second straight victory to start the season. Betis had opened with a late win over Alavés in the Chilean coach’s official debut with Betis last weekend.

Pellegrini, a former Real Madrid and Manchester City manager, returned to the Spanish league after stints in China and with West Ham in England. 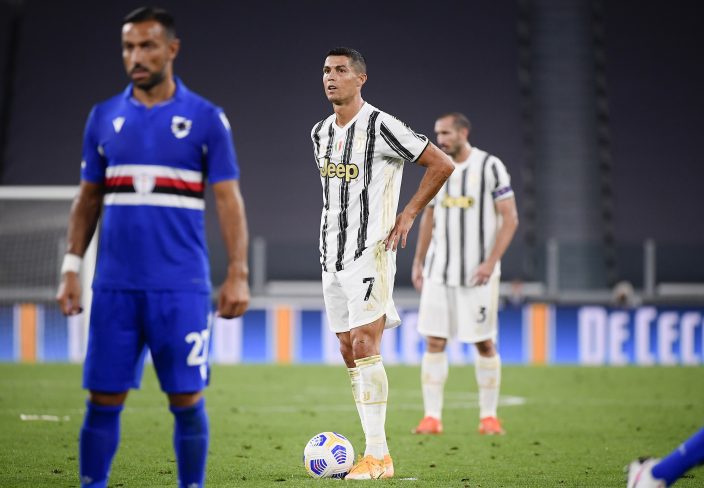 Juventus' Cristiano Ronaldo looks on during an Italian Serie A soccer match between Juventus and Sampdoria at the Allianz stadium in Turin, Italy, Sunday, Sept. 20, 2020. (Marco AlpozziLaPresse via AP)

Nabil Fekir opened the scoring by converting a penalty kick in the 10th minute and William Carvalho sealed the victory in the 18th.

Granada also won its second in a row, beating winless Alavés 2-1 at home with goals by Roberto Soldado in the seventh minute and Darwin Machís in the 79th. 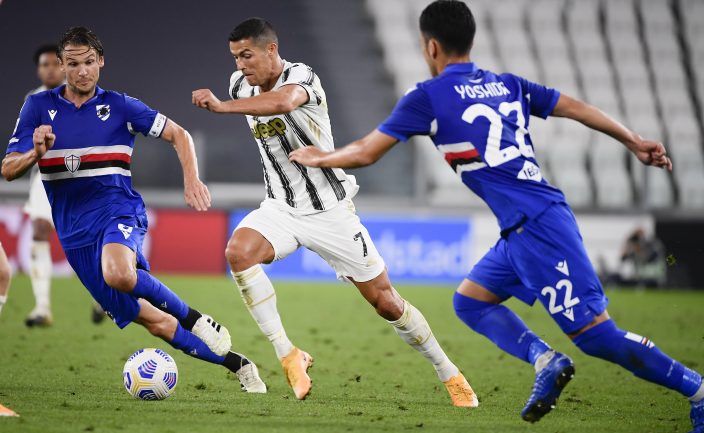 The club from southern Spain had defeated Athletic Bilbao in its opener, and was coming off a 4-0 win over Albania's Teuta in Europa League qualifying.

In a match between promoted clubs, Cádiz won 2-0 at Huesca with goals by Álvaro Negredo in the 11th and Jorge Pombo in the 83rd.

Second-division champion Huesca had opened with a surprise draw at Villarreal, while Cádiz was coming off a home loss to Osasuna.