Kyle Wright allowed only one hit in the best start of his big league career, pitching into the seventh inning to lead the Atlanta Braves past the New York Mets 7-0 on Sunday.

Ronald Acuña Jr. homered off Rick Porcello to break a scoreless tie in the sixth and finished with four RBIs. Travis d'Arnaud added a two-run double for his latest clutch hit against his former team.

Looking for its third straight NL East title, Atlanta began the day with a 2 1/2-game division lead over Miami, which won the opener of its doubleheader against Washington. Wright went 6 1/3 innings and combined with three relievers on a three-hitter as the Braves took two of three in the series.

The Mets entered Sunday 1 1/2 games out of the final NL playoff spot.

Wright and Porcello were unlikely candidates for a pitchers' duel. They came in a combined 2-9 with a 6.45 ERA, but both entered the sixth working on a one-hit shutout. Wright (2-4), who walked 20 batters over 25 innings in his first seven starts this season and had never pitched beyond the sixth in 10 career starts, retired the first eight batters before Wilson Ramos doubled down the left-field line. The 24-year-old right-hander set down the next 11 before walking J.D. Davis.

Will Smith entered and got Dominic Smith to hit into an inning-ending double play.

The two-run double by d’Arnaud off Jeurys Familia provided insurance in the eighth. The catcher also singled in the sixth and finished the season series hitting .479 (11 for 23) with three homers and 11 RBIs against the Mets, for whom he played from 2013-19. 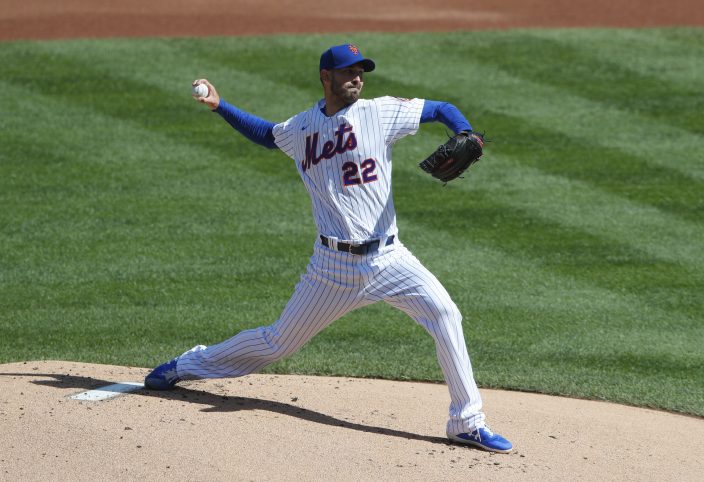 The Braves added four more in the ninth, when Acuña delivered a three-run double and scored on Marcell Ozuna’s double.

Chris Martin walked one in the eighth and Mark Melancon allowed consecutive hits to Ramos and Brandon Nimmo before wriggling out of a jam in the ninth.

Porcello (1-6) took the hard-luck loss despite allowing just three hits and two walks while striking out 10 over seven innings. The 10 strikeouts were his most since he whiffed 10 while pitching for Boston against Philadelphia on Aug. 14, 2018. 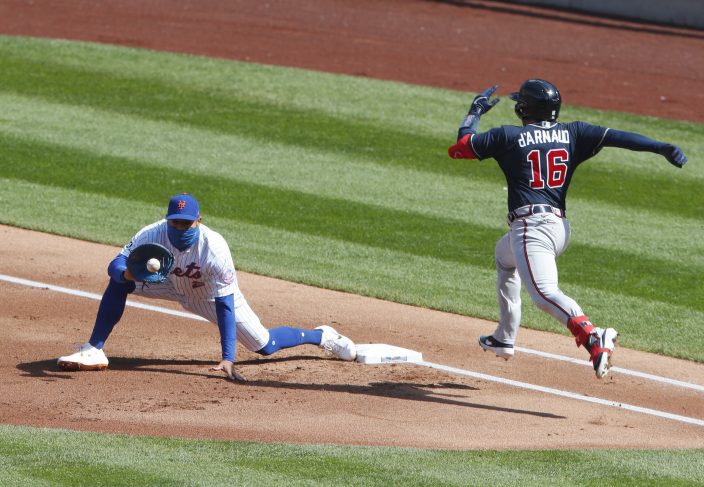 A fire broke out just beyond Citi Field during the Braves’ four-run ninth inning. The smoke briefly enveloped the diamond in a charcoal-scented haze before sirens began echoing in the distance. 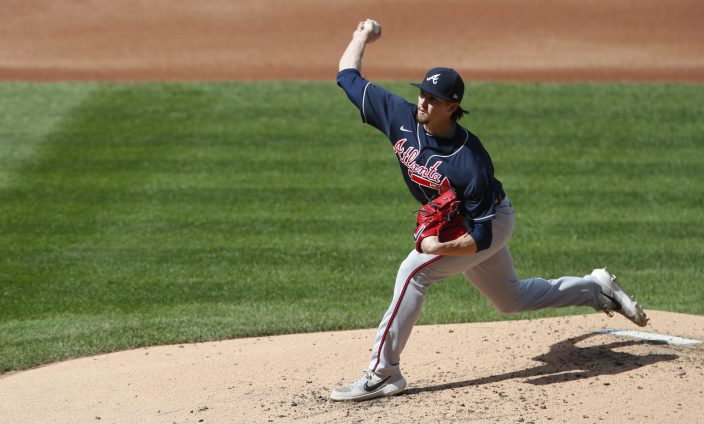 The singles by Ramos and Nimmo in the ninth cost the Braves a chance at another one-hitter against the Mets. Atlanta’s last three one-hitters have come at the expense of New York, most recently on June 19, 2016, when Julio Teheran allowed a third-inning single to Michael Conforto in a complete game 6-0 win.

Mets: RHP Dellin Betances (lat) threw an inning in a simulated game Saturday. New York manager Luis Rojas said he was waiting to hear how Betances felt before considering what the next step might be. Betances last pitched on Aug. 29. … The Mets sent INF Victor Gonzalez to Baltimore to complete a trade for reliever Miguel Castro, who was acquired Aug. 31. They also sent RHP Steven Villines to Texas to complete a deal for RHP Ariel Jurado, who was acquired Aug. 29. 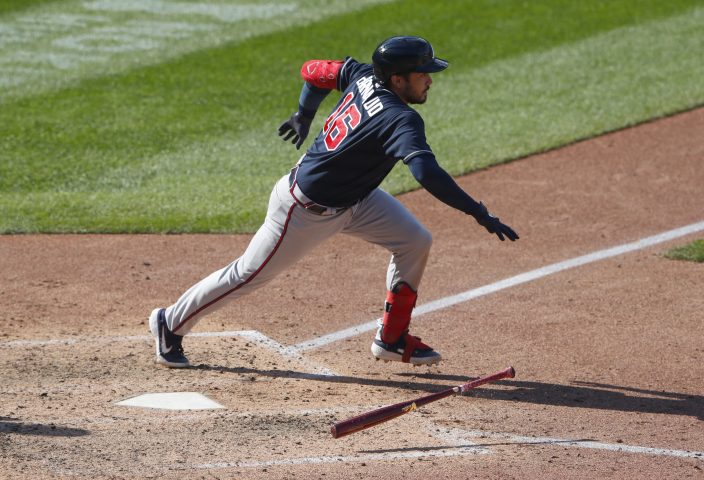 Atlanta Braves' Travis d'Arnaud (16) runs to first base after hitting an RBI-double against the New York Mets during the eighth inning of a baseball game, Sunday, Sept. 20, 2020, in New York. (AP PhotoNoah K. Murray)

Braves: RHP Huascar Ynoa (0-0, 5.30 ERA) is scheduled to make his second start since returning to the rotation and his fifth of the year overall when Atlanta heads home to begin a key series against the second-place Marlins.

Mets: RHP Jacob deGrom (4-1, 2.09 ERA), who is seeking a third straight NL Cy Young Award but lasted only two innings Wednesday due to a hamstring spasm, is expected to return as New York opens a series Monday against Tampa Bay.