The Giants earned their first win in six tries during this year's Bay Bridge Series. 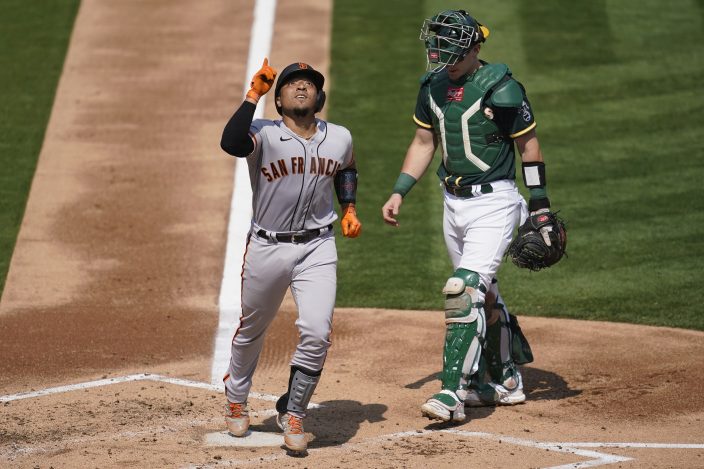 Jake Lamb hit a two-run single in the sixth for Oakland’s lone scoring on an uncharacteristically quiet day.

Tyler Anderson (3-3) — ejected in the third inning Thursday against the Mariners — struck out four over 5 2/3 innings pitching Sunday on shorter rest so Johnny Cueto could get an extra day.

Tromp connected in the third for the Giants’ first runs of the series, then Ruf the next inning against A's lefty Mike Minor (1-6), who was coming off a victory in his first start with Oakland. Tromp also had an RBI single during his three-hit day as San Francisco produced 15 hits to five by the A's. 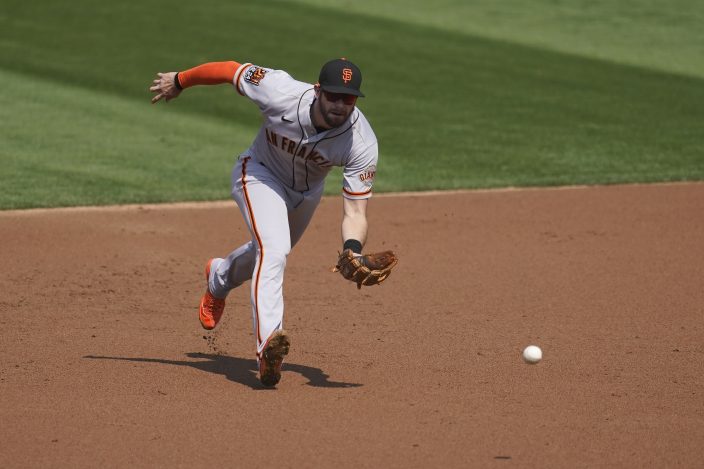 Ruf added a two-run single in the eighth as the Giants snapped a three-game winning streak for Oakland (33-20) following consecutive 6-0 shutouts. Luis Basabe got his first career RBI with a single in a three-run ninth.

The Giants scored their second-most runs of the season behind a 23-5 win at Colorado on Sept. 1. They won for the third time in eight games after being held to no more than one run in each of the five defeats during this stretch. 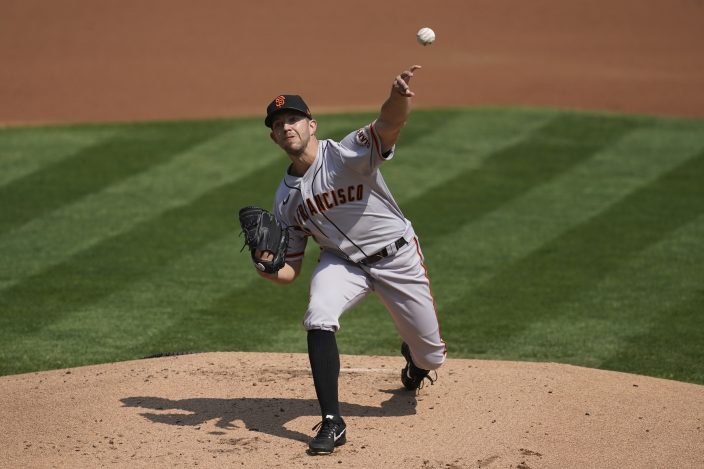 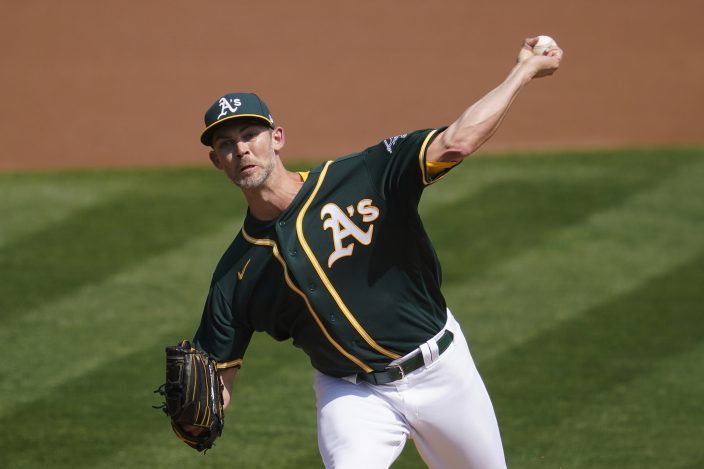 A’s RHP Daniel Mengden was designated for assignment after being medically cleared and reinstated from the COVID-19 injured list following a positive test from Aug. 28. He has been asymptomatic throughout and resumed throwing off a mound at the club’s San Jose alternate site in recent days. 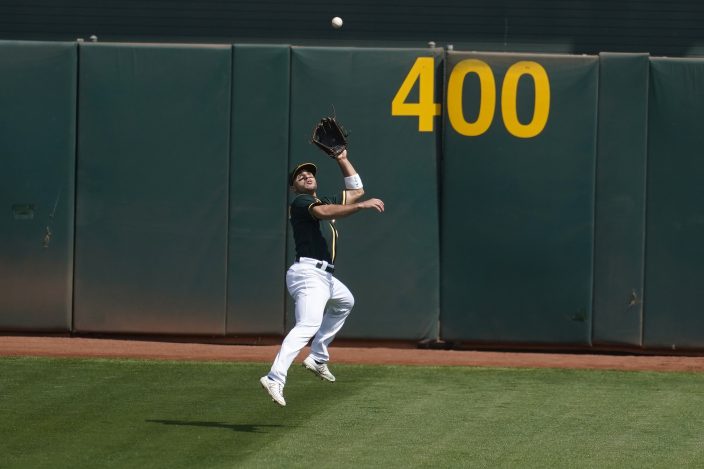 Giants: Rookie C Joey Bart is getting a couple of days off to do more hitting work with the coaches, manager Gabe Kapler said. ... Yastrzemski, who left Thursday’s win against Seattle with tightness in his right calf, missed a third straight game.

Athletics: RHP Lou Trivino sustained a “pretty good-sized bruise” according to manager Bob Melvin after being hit by a line drive on the upper leg Saturday but did some pregame throwing to test the injury. ... INF Chad Pinder, on the injured list with a strained right hamstring, has begun baseball activities and swings in the cage the past two days.

Athletics: RHP Frankie Montas (3-4, 5.86) is back from the paternity list and will pitch Tuesday's series opener at Dodger Stadium after an Oakland off day.

Friendly to Fiers: A's pitcher gets cheers in spring game