Hundreds of memorials glorifying the Confederacy had been erected by the time Marie Bankhead Owen built what may have been the grandest: The Alabama Department of Archives and History, which cataloged a version of the past that was favored by many Southern whites and all but excluded Black people.

Owen used taxpayer money to turn the department into an overstuffed Confederate attic promoting the idea that the South’s role in the Civil War was noble rather than a fight to maintain slavery.

Now, amid a national reckoning over racial injustice, the agency is confronting that legacy in the state where the civil rights movement was born. In June, leaders formally acknowledged the department's past role in perpetuating racism and so-called lost cause ideals. 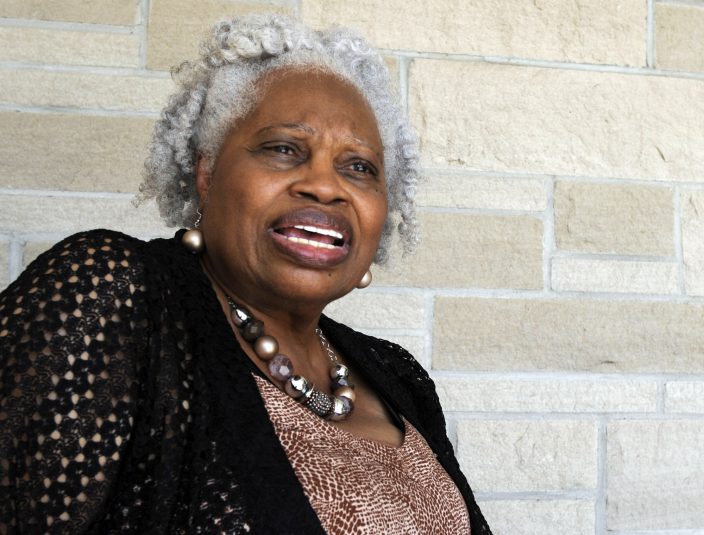 The president of the Alabama Historical Association, Frazine K. Taylor, discusses the Alabama Department of Archives and History during an interview in Montgomery, Ala., on Thursday, Aug. 13, 2020. Leaders of the agency have acknowledged that it once embraced the "lost cause" narrative of Civil War history and helped promote systemic racism. (AP PhotoJay Reeves)

“If history is to serve the present, it must offer an honest assessment of the past,” Director Steve Murray and trustees said in a “statement of recommitment.”

Confederate relics have come under renewed scrutiny since the police killing of George Floyd in May sparked outrage about the history of racism in the U.S. The wave of protests that followed toppled some monuments and cities removed others as schools decided to part ways with their Confederate names.

Murray said the department wanted to offer more educational resources after Floyd’s killing in Minneapolis and issued the statement after realizing it had to acknowledge “that our agency was responsible in many ways for some of the intellectual underpinnings of the development of systemic racism in Alabama.” 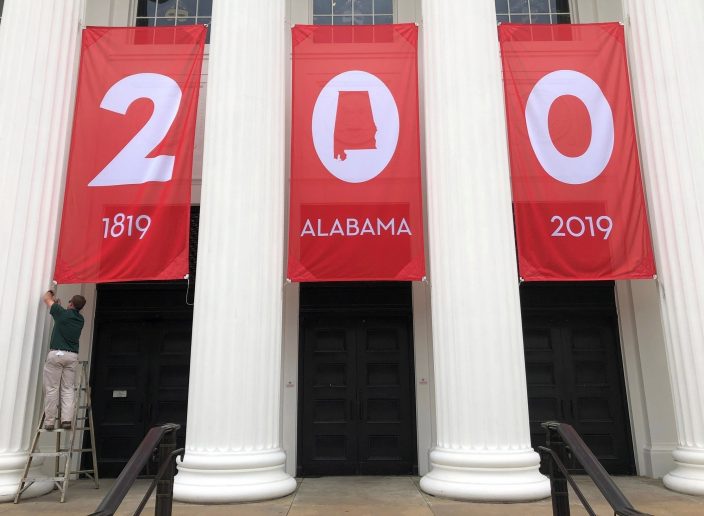 FILE - In this Feb. 28, 2019 file photo a worker adjusts a banner celebrating Alabama's bicentennial outside the Department of Archives and History in Montgomery, Ala. Leaders in Alabama are confronting the legacy of what might be the grandest Confederate memorial of all: the state's Department of Archives and History. During the current national reckoning over race, its current leaders acknowledged the department once played a role in systemic racism by promoting “lost cause” narrative of Civil War history that was favored by some whites and all but excluding Blacks. (AP PhotoJay Reeves, File)

“The response has been overwhelmingly positive,” said Murray. Aside from acknowledging its racist past, the agency recommitted itself to recruiting additional minority staff and telling a more complete history is the state in the future.

Self-taught genealogist True Lewis, who is Black and was born in Pennsylvania, was apprehensive when she first visited the agency about two decades ago to search plantation records for information about her ancestors, who were enslaved in southeast Alabama. Workers were helpful, she said, but the only other people in the building who looked like her were on the janitorial staff.

“You always had that feeling of, ‘You aren’t supposed to be in this space,”’ Lewis said. 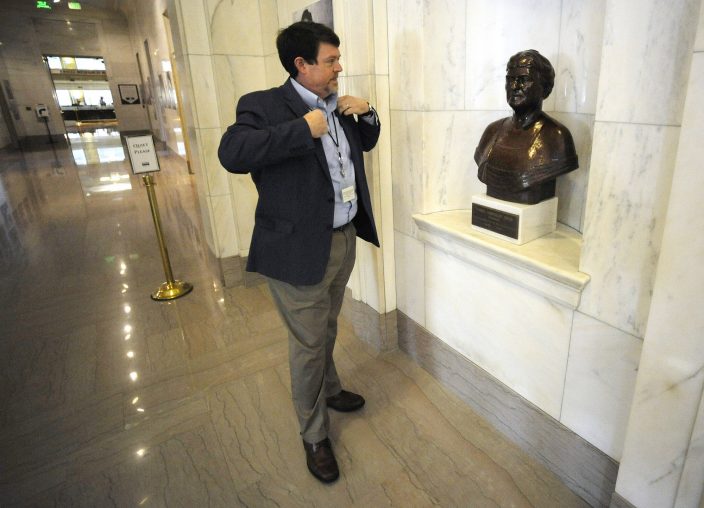 Steve Murray, director of the Alabama Department of Archives and History, pauses by a bust of former director Marie Bankhead Owen in Montgomery, Ala., on Thursday, Aug. 13, 2020. Murray and other current leaders of the agency are confronting the legacy of Owen, an ardent supporter of the "lost cause" version of Civil War history, as the nation grapples with the legacy of racial injustice. (AP PhotoJay Reeves)

The agency's recommitment was meaningful to her because it acknowledged sins of the past.

"It was like they heard my whisper when they said that,” she said.

Founded in 1901, the year Alabama adopted a white supremacist constitution that's still in effect, Archives and History opened with Owen's husband, Thomas Owen, as its first director. Located in the state Capitol, where Southern delegates formed the Confederacy in 1861, the department focused on gathering Confederate records and artifacts.

“What Owen did definitely started a chain reaction across the Southern states,” said Daniel Cone, who teaches at Auburn and wrote about Tom Owen.

Marie Owen took over the department in 1920 after her husband's death. The agency already had amassed far more items than it could safely store or catalog, and the problem got worse under “Miss Marie.”

In a more spacious, white-columned building dedicated in 1940, Owen led the agency even more in the direction of becoming a storehouse of cultural items and Confederate relics that excluded the history of the Black people enslaved on Southern plantations, following her pattern of extolling the Confederacy and disregarding minorities.

The Ivy League-educated historian John Hope Franklin, an African American, wrote of meeting Owen during his first research visit to Montgomery in the mid-1940s in his autobiography “Mirror to America,” published in 2005. Owen used a racial slur in asking whether he'd seen a Black man from Harvard who was supposed to be in the building.

"Before I could recover myself sufficiently for a reply, a voice reached us from the outer room. It was the secretary, who could hear everything, since the door was open. ‘That’s him, Mrs. Owen, that’s him,’” Franklin wrote.

The agency, which includes a museum, began changing after Owen retired in 1955. But generations of schoolchildren remember it in large part for its Civil War displays, which included old weapons, flags and uniforms.

Edwin Bridges took over as director in 1982 and began shifting the department's focus away from the “lost cause." Today, its museum displays tell more a complete history that includes Native Americans, the horrors of slavery, the Civil War and the modern civil rights movement, which began with the Montgomery bus boycott in 1955 and '56.

Some have questioned whether the department would jettison its Confederate holdings, considered among the most extensive in the nation, but Murray said that won’t happen.

“We see the process as being one of broadening the scope of our effort and our work, telling a full story of Alabama’s history,” he said.

A bust of Marie Owen is located prominently in the Archives and History building, and Bridges said she and her husband deserve credit for what they built, even with its flaws.

“They were driven to focus on Southern history, Confederate history, because that is what white leadership, the white voters of Alabama, cared about from the 1920s through the 1970s,” Bridges said.

Historians are watching to see whether the department further breaks with the legacy of Owen and pro-Confederate narratives or falls back toward the long-accepted path in a mostly white, Republican-controlled state.

Frazine K. Taylor, a former employee of the department and the first Black president of the Alabama Historical Association, said making the statement “took courage,” but Archives and History still needs a more diverse staff and additional collections to tell the “complete story” of Alabama.

“In the next year, we’ll look back and see if some of that has been accomplished or it was just something that was said at the time, at the heat of the moment,” Taylor said.