There were some whispers among members of the Republican caucus that Bob Cupp should be the person to lead the Ohio House. It was 2018. The federal investigation into the previous House speaker had left the dais empty for months and the chamber at a standstill.

But Cupp, who has served in all three branches of state government, demurred. It wasn't the right time.

Fast forward two years and two House speakers, Cupp's moment had arrived. The conservative Republican and former Ohio Supreme Court justice was elected July 30 to lead the House in what the state Attorney General says will be “the greatest challenge of his career." 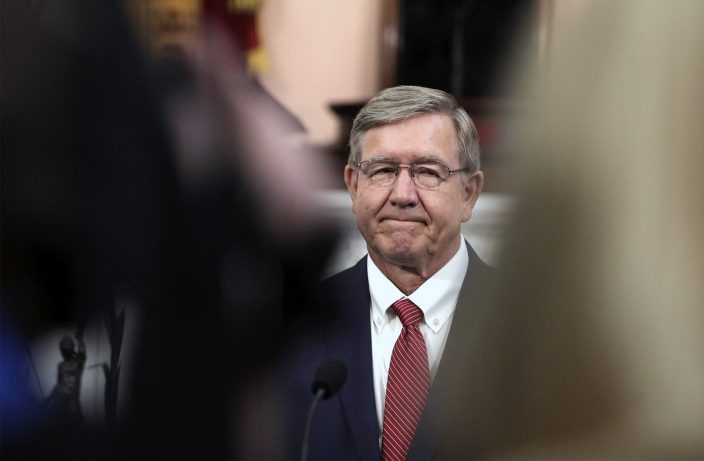 FILE - In this file photo from July 30, 2020, Ohio state Rep. Bob Cupp talks with the media after being elected Speaker of the House at the Ohio Statehouse in Columbus, Ohio. Cupp begins to lead the Ohio House as members of his party tout him as the "last Boy Scout" and his opponents see him as complicit in the same "corrupt" activity that has plagued former speakers of the chamber. (Fred SquillanteThe Columbus Dispatch via AP, File)

The House speaker remains one of the most powerful political posts in state government. The speaker has the ability to block or move legislation, in addition to helping determine how the state spends billions of dollars earmarked for health care, education, criminal justice and other government programs.

Cupp takes control of the House during an unprecedented moment of division and tribulation for the presidential battleground state, and therefore the nation, less than two months from Election Day. His predecessor, fellow GOP state Rep. Larry Householder, was indicted this summer on federal bribery charges in what prosecutors called the ‘largest bribery, money-laundering scheme’ in state history.

Cupp, a 69-year-old anti-abortion, pro-gun rights conservative, took Householder’s seat by one vote in the GOP-controlled House, with every single Democrat and a few Republicans voting against him. All the other candidates to replace Householder were also white, Republican men. 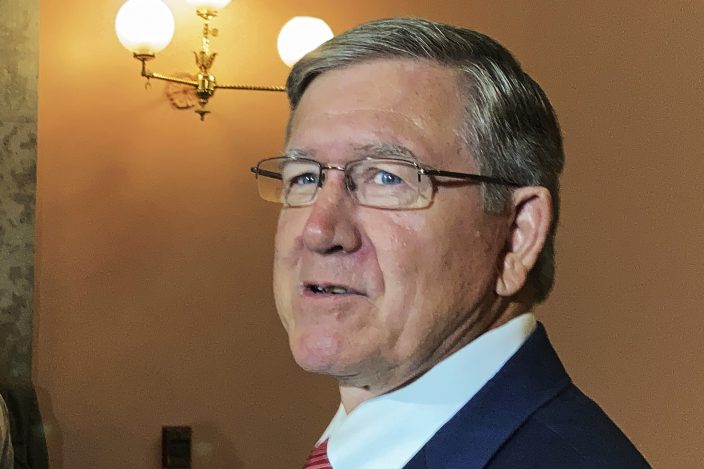 FILE - In this file photo from July 30, 2020, Ohio state Rep. Bob Cupp answers questions from the media in Columbus, Ohio. Cupp begins to lead the Ohio House as members of his party tout him as the "last Boy Scout" and his opponents see him as complicit in the same "corrupt" activity that has plagued former speakers of the chamber. (AP PhotoFarnoush Amiri, File)

Following Cupp’s election, colleagues and supporters of him joined in an unofficial campaign, nominating him as “the last Boy Scout” in Ohio politics. He was praised as “an elder statesman," as “studious and diligent” and as having “unimpeachable character.”

Ohio Attorney General Dave Yost shared anecdotes about Cupp’s dedication to growing his own heirloom tomatoes in February so that he can enjoy them come June. His wife Libby, a retired educator, whom he met while attending a convention for College Republicans, showed photos of the three llamas they rescued, Lima (LEE'-mah) the Llama from Lima (LYE'-muh) — the Ohio city of which Cupp is a native — Mocha Latte and Phantom of the Opera, to reporters and members on the House floor.

Even Cupp himself has added to the narrative of his simple life and how it won’t change with the promotion.

“My wife will still make me take the garbage out every Sunday night. Clean out the cat litter boxes and those kinds of things,” Cupp told reporters upon being elected speaker. “I tell people if they think I’m more than I am, they should tell me because I don’t want to be.”

But there are other views of Cupp — including from an old opponent, former Democratic Justice William O’Neill, who alleged years ago that Cupp violated his post’s ethics in accepting campaign contributions from the same energy company that is now at the center of the federal investigation into his predecessor.

Householder and his four associates are accused of spending the money to boost themselves politically and personally, to stage often nasty campaigns to elect Householder loyalists, to buy votes for the bailout bill and to poison subsequent efforts to repeal it. All five men have pleaded not guilty.

The federal investigation of the second Ohio House speaker in two years threw the already divided chamber into further disarray.

But Cupp faces more than just an internal rift within his party and chamber. The new speaker comes in amid a pandemic that has left more than 4,000 Ohioans dead and hundreds of thousands unemployed across the state. There are tensions between and within the two parties around mail-in voting and ballot box access ahead of the election as gun violence challenges the state’s major cities.

When asked why he accepted the nomination this time around, Cupp said this was part of the plan to “get the House back.”

“I think I have the experience and the reputation to be able to get the House to transcend the issue that unfortunately befell upon it,” Cupp said in an interview with The Associated Press.

Yost, a fellow Republican and former colleague of Cupp's, said that the stakes were higher this time and that Cupp felt “a responsibility to the state to step in.”

Many GOP House members tout Cupp as being the leader they need and a person who can bring unity to the House.

“I think that we all reverted to someone who would not play politics, who has a record of honor and integrity, a record of being thoughtful and pensive, a record of bringing people together,” GOP state Rep. Niraj Antani said.

But the lawmaker is facing criticism, not only for his own financial ties with the same energy companies allegedly involved in the investigation that brought down his predecessor, but also for what one Democrat called “dragging his feet” in repealing the bailout legislation in the middle of it all.

State Rep. David Leland, the ranking Democrat on the committee Cupp created to address the fate of bailout law, says the newly elected speaker's hesitance to quickly repeal the law could be because of contributions he has received from FirstEnergy, the company investigators say secretly funneled millions to secure the $1 billion legislative bailout.

“I’m sure he loves his family, pets his dogs, and takes the trash out,” Leland said. “But my concern is what he does with his office and how it affects public policy.”

Back in 2012, while Cupp was a state Supreme Court justice, his opponent at the time, Democratic Justice O’Neill, filed a complaint alleging Cupp and another justice violated the court’s ethical canons by accepting campaign contributions by FirstEnergy two weeks after hearing oral arguments in a case involving a company they owned. Cupp said the allegation was “totally without merit” and political in nature.

When asked about the campaign contributions over the years, Cupp pledged to donate the money he received from FirstEnergy since 2014 to charity. Several Democratic and Republican lawmakers have announced similar donations in the wake of the investigation into “dark money” groups and their power in Ohio.

O'Neill, who went on to take Cupp's seat on the high court that year, said that while many see his former opponent as a Boy Scout, he saw a side of Cupp that “horrified” him as a sitting judge.

O'Neill, who then sat on the 11th District Court of Appeals, was the target of a campaign pushed by the Ohio Republican Party on behalf of Cupp's reelection bid in 2012 that accused him of being soft on rapists after he overturned a conviction and sent the case back to a lower court for a new trial. The response to what O'Neill called an unprecedented attempt to smear a sitting judge was outrage from both political parties.

“Once people see what he has always done and what he’s doing now, the Boy Scout image is going to be history,” O'Neill said.

Farnoush Amiri is a corps member for the Associated Press/Report for America Statehouse News Initiative. Report for America is a nonprofit national service program that places journalists in local newsrooms to report on undercovered issues.

The Detroit Lions have changed the ...