We've been blessed, of late, with excellent movies about families of grifters. There was Hirokazu Kore-eda's gloriously heartfelt “Shoplifters,” about a makeshift clan of small-time thieves whose familial bonds run at least as deep as DNA. Bong Joon Ho's diabolical Oscar-winner, “Parasite,” gave us a nuclear family of con artists who hatch their schemes from their subterranean dwelling. And now comes Miranda July's “Kajillionaire,” a portrait of a father-mother-daughter team of Los Angeles scavengers who subsist mainly on coupons and contest entries.

In their unique ways, the families of “Parasite” and “Shoplifters” were more harmonious bunches than the Dynes of “Kajillionaire." They are Robert (Richard Jenkins), Theresa (Debra Winger) and their 26-year-old daughter, Old Dolio (Evan Rachel Wood). And while they've refined their system of getting by — bending low beneath a wall to avoid their landlord, memorizing the bus schedule, approaching a target like post office boxes as though they're in a very poor man's version of “Mission: Impossible" — they are emotionally far less cohesive. Bong and Kore-eda used theft and con to explore class divisions, but “Kajillionaire” is more about family dynamics. It's a coming-of-age tale.

The Dynes live in a cramped apartment next to Bubbles Inc., a bubble-making factory of uncertain purpose. Just oddities abound in July's gently absurdist films; you either roll with it or not. But when you give in, you go through them childlike, experiencing real and surreal together. The downside of the cheap digs (for which they can't make their monthly rental payments) is a daily leak of pink suds that ooze down the back wall, which the Dynes dutifully mop up. 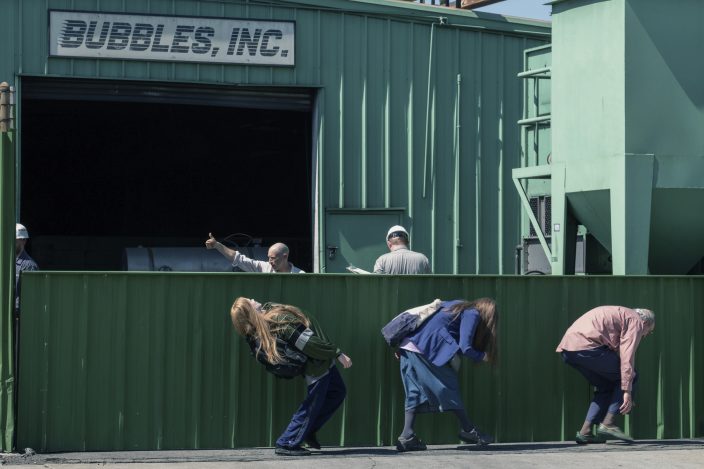 But if their hardscrabble existence has fairy tale notes, they live jittery lives (Jenkins, always terrific, is all anxiety and bus schedules) and Old Dolio has grown up a painfully stunted young woman. She's never felt any intimacy or love from her mother (Winger, sadly distant from us, too), but she's inherited her long, straight hair and monotone awkwardness. So unfamiliar with affection is she that when Old Dolio — after a plan to trade a coupon for money is foiled — lies for a massage she spasms so violently that the masseuse (Da’Vine Joy Randolph) can only hover her hands over Old Dolio's back.

It's a fine start but if “Kajillionaire” remained in the Dynes' weird and warped bubble, the quirkiness would surely grow a little tiresome. But when another young woman, Melanie (Gina Rodriguez, sensational), joins in some of their hustles, July's film comes alive. Rodriguez — spirited, confident, sensual — arrives like an alien into the world of the film. Her presence, and immediate connection with the Dynes' daughter, prompt Old Dolio — already stirred by a parenting class she was forced to sit through — to question and challenge her unconventional upbringing. A sense of human connection (so often the yearning behind July's films) begins to belatedly take root for Old Dolio. Something earnest and tender, like soap bubbles in the wall, emerges. And the whimsical, unpredictable artistry of “Kajillionaire" turns out to be no con, at all.

“Kajillionaire,” a Focus Features release, is rated R by the Motion Picture Association of America for some sexual references/language. Running time: 106 minutes. Three stars out of four. 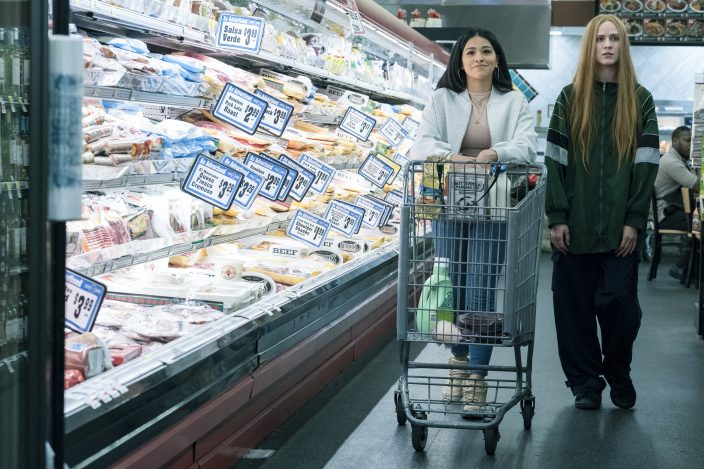 Bell fits seamlessly in Chiefs' offense in rout of ...

There was never a question that Br ...