Do not count the WTA among those who were either surprised or upset that Simona Halep earned 10 euros (about $12) less than Novak Djokovic did for winning the Italian Open.

On Tuesday, a day after the two finals in Rome, a spokeswoman for the women’s professional tour — much like the head of the tournament itself — basically shrugged off the discrepancy, chalking it up to a matter of math.

“This comes down to a simple rounding situation, that’s all,” WTA spokeswoman Amy Binder wrote in an email to The Associated Press. 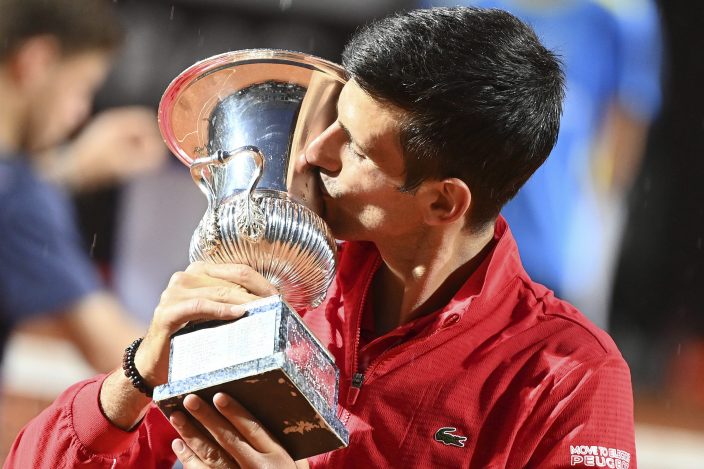 Serbia's Novak Đjoković kisses his trophy after winning his match with Argentina's Diego Sebastián Schwartzman during their final match at the Italian Open tennis tournament, in Rome, Monday, Sept. 21, 2020. (Alfredo FalconeLaPresse via AP)

A year ago, the difference between champion checks was much greater: The Italian Open is a top-tier Masters 1000 event for men (2019 champion Rafael Nadal earned about $1.1 million), and a second-tier Premier Five event for women (2019 champion Karolina Pliskova took home about $615,000).

This time, Halep and Djokovic each collected a winner’s check of about $240,000, but Djokovic got slightly more than she did.

With spectators, a significant source of revenue, barred completely for most of the tournament because of the coronavirus pandemic — 1,000 fans were allowed in for the semifinals and finals — the ATP and WTA reduced prize money in Rome. 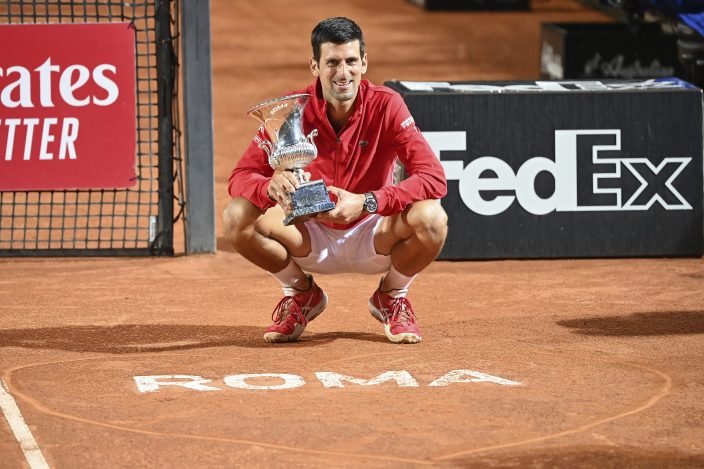 Serbia's Novak Đjoković poses with his trophy after winning winning his match with Argentina's Diego Sebastián Schwartzman during their final match at the Italian Open tennis tournament, in Rome, Monday, Sept. 21, 2020. (Alfredo FalconeLaPresse via AP)

The tours tell the tournament how much to hand out to players.

Palmieri noted that the men’s and women’s tournaments divide their prize money differently from round to round.

The pay difference comes during a week that marks the 50th anniversary of Billie Jean King and the other members of the Original 9 signing $1 contracts to launch the women’s pro tennis circuit.

King has often said that she was moved to form the women’s circuit after earning $600 for her 1970 Italian Open title — while Ilie Nastase took home $3,500 for winning the men’s tournament the same year.