Martin Maldonado hit a three-run home run, Framber Valdez struck out eight to set career highs for wins and strikeouts, and the Houston Astros beat the Seattle Mariners 6-1 on Tuesday night to close on their fourth straight playoff berth.

Houston cut its magic number to one over the Mariners and the Los Angeles Angels for clinching second in the AL West.. The defending AL champions have five games left.

Houston has won three of four, scoring more than four runs for just the second time in its last 12 games. 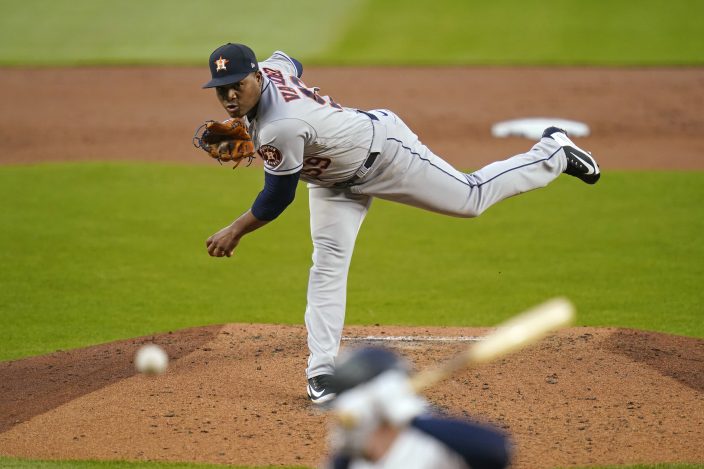 Valdez (5-3), a 26-year-old left-hander in his third big league season, allowed one run and five hits in seven innings, and he has 76 strikeouts in 70 2/3 innings this season. He gave up a leadoff single to J.P. Crawford and an RBI double to Kyle Seager in the first, then settled and scattered three hits over his final six innings.

Kyle Tucker went 4 for 5 for the Astros with a run and an RBI. He has hit safely in eight straight games. 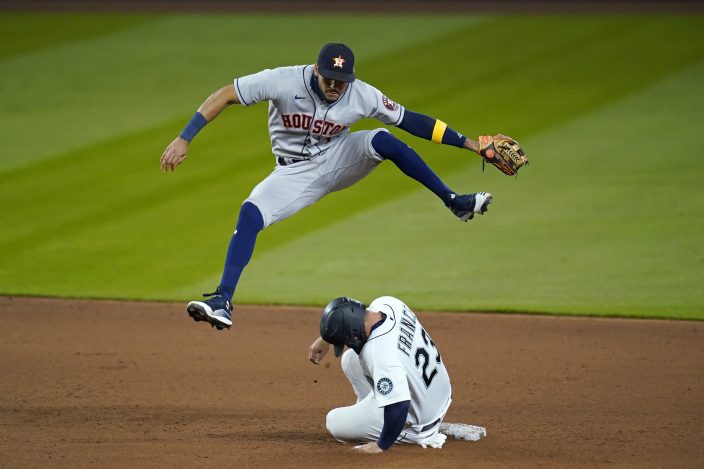 Houston Astros shortstop Carlos Correa leaps out of the way after forcing out Seattle Mariners' Ty France (23) at second base on a grounder from Kyle Lewis the fifth inning of a baseball game Tuesday, Sept. 22, 2020, in Seattle. (AP PhotoElaine Thompson)

Seager raised his career total to 702 RBIs and joined Edgar Martinez, Ken Griffey Jr. and Jay Buhner as the only Seattle players with 700 or more RBIs.

Astros: CF George Springer returned to the lineup after a day off. Giants manager Dusty Baker gave Springer a day off Monday after saying data being analyzed by the team suggested Springer was at risk for a potential injury if he didn’t get a rest. Springer led off the game with a single and went 1 for 5. He has hit safely in 18 of 19 games. 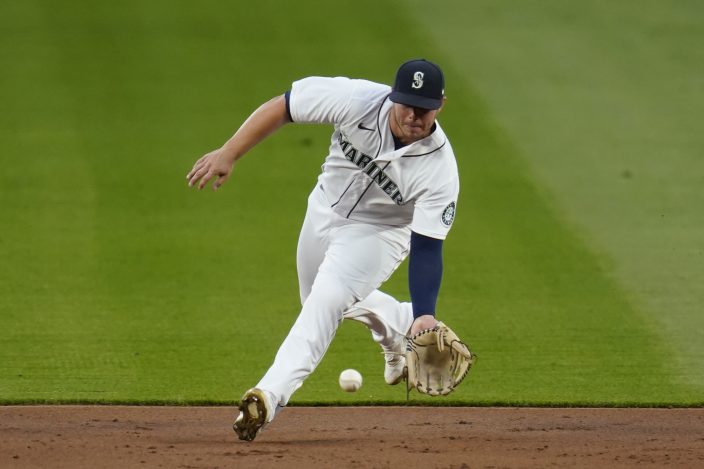 Seattle Mariners second baseman Ty France eyes a ground ball from Houston Astros' Martin Maldonado during the second inning of a baseball game Tuesday, Sept. 22, 2020, in Seattle. Maldonado was out on the play. (AP PhotoElaine Thompson)

Mariners: LHP Nick Margevicius (1-3, 5.35) is scheduled to make his seventh start. Seattle is 1-5 behind the 24-year-old rookie this season. 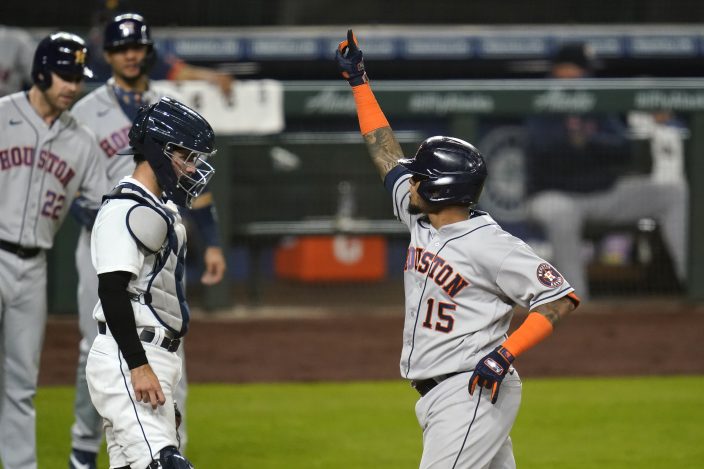 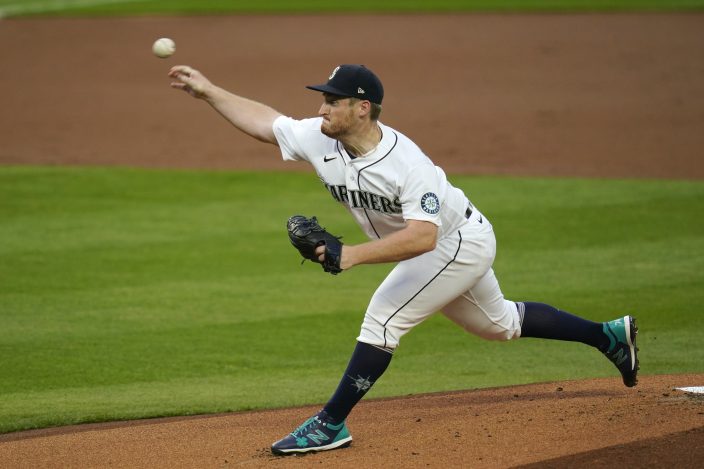