Even after acclaimed films like “Me and You and Everyone We Know” and “The Future,” the author and director is still grateful when someone knows her work. It’s why she took note when Dede Gardner, the Oscar-winning producer of “Moonlight” and “12 Years a Slave,” wrote her a “beautiful” and “poetic” letter about her novel “The First Bad Man.”

“That’s not your average Hollywood producer,” July said. “I was like, huh, I guess when I finish this script, that may be the first person I send it to.” 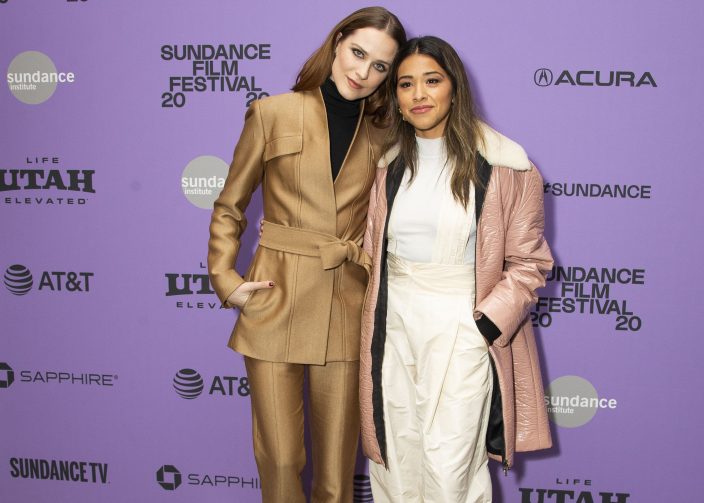 FILE - Actresses Evan Rachel Wood, left, and Gina Rodriguez attend the premiere of "Kajillionaire" during the 2020 Sundance Film Festival in Park City, Utah on Jan. 25, 2020. The film is about a family of grifters in Los Angeles. (Photo by Arthur MolaInvisionAP, File)

The script in question was “ Kajillionaire,” a story about a family of grifters in Los Angeles. It came to her one morning when in a half-conscious state she saw three characters, two women with long hair and a man. She was careful to not fall back asleep and instead to write her idea down.

Soon enough Gardner was over at July’s house agreeing to make her film. It was, July said, the first time she didn’t have to spend any time looking for money.

Like July’s other films, “Kajillionaire” is utterly sincere, a little surreal and quietly crushing. And, of course, it's wholly original. Opening Friday in select theaters, the film follows scammers Robert (Richard Jenkins) and Theresa Dyne (Debra Winger) and their 26-year-old child Old Dolio (Evan Rachel Wood) in their strange, cheap Los Angeles life, foraging the urban landscape for survival. The decaying office space they rent for sleeping is adjacent to a bubble factory that often spills over into their home. And their routines are upended when a local extrovert, Melanie (Gina Rodriguez), joins their odd clan. 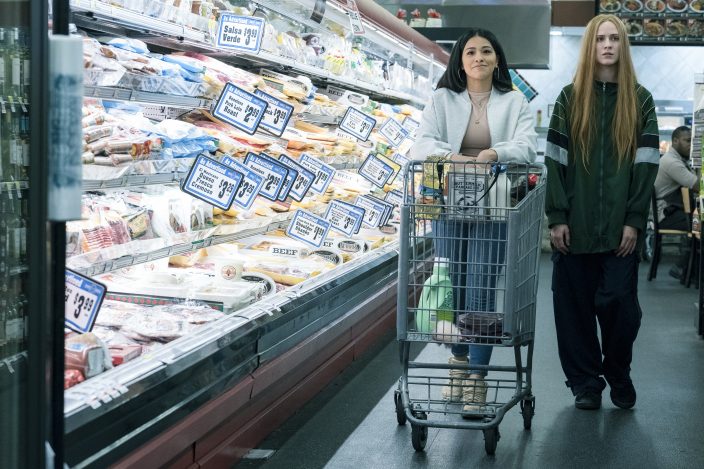 Rodriguez had actually been listening to a July audiobook when their mutual friend Lena Dunham put them in touch.

“I was like, oh my God, give my number, give my address,” Rodriguez said. “I’ve never really had an auteur director be like, I was thinking of you when I wrote this.”

Wood had a particularly challenging role in Old Dolio, the heart of the film, who has only ever functioned as a part of her parents’ scams and is starting to realize there might be life outside. July wanted to be sure Wood understood the soul of the character before committing.

At dinner Wood told her that Old Dolio reminded her of Edward Scissorhands, one of her favorite characters.

“They’ve been completely removed from normal society for a large portion of their lives and probably very devoid of affection or unconditional love,” Wood said.

July was thrilled. Wood, she said, had just “showed her spiritual cards.”

She challenged her actor with exercises designed to “narrow her emotional bandwidth” but the unusual low voice was all Wood’s idea. July laughed that she would be “way too scared to ask an actor to do a different voice for a whole movie.”

“I actually have a low speaking voice but I don’t use it,” Wood said. A voice coach told her it could be harmful to her singing and advised her to break the habit and speak at a higher register.

Rodriguez wasn’t aware of Wood’s plan, though, so when she broke out the voice during a take, Wood remembered a look of shock and surprise.

“She didn’t know if it was a joke or if it was real,” Wood said. “After they yelled cut, she was like, ‘Are you really doing that?’ And I said, ‘Yeah that’s Old Dolio!’ She just started cracking up.”

Aside from the surprises, the experience was profound for Rodriguez who found July to be exacting and mystical.

“She’s just a quiet giant. A fragile champ. She has this dichotomy of two different energies. Her temperament is so calm but then she’s got this explosive art and that’s just surging through her,” Rodriguez said. “You just knew that you were in the hands of someone magical.”

The film got raves when it premiered at the Sundance Film Festival earlier this year, but the cast has also found it to be strangely reflective of the current moment too.

“So much of it is about intimacy and connection and being devoid of touch and isolation,” Wood said. “We’re all strange versions of Old Dolio right now.”

“Kajillionaire” is July’s first film in almost 10 years and the first since she had a child in 2012 (her spouse is director Mike Mills). And it's significant to her.

“I wanted to have made two movies (before I had a child) because I know a lot of women only make one movie and I wanted to at least have gotten to make two. There was a sense almost like you were going to die — not actually — but that you might never get to continue being the person you were before. It’s so crazy because what man has ever had that thought?” July said. “But it was all right.

“In a way, I was so hardcore all those years before it was like, OK I know how to do this. It was a relief to see that I could do it and also that my soul was intact. If anything, you know, it had more in it.”

Book Review: Peter Frampton looks back in a gentle memo ...