Gary Sánchez made two of his team's season-high four errors and the Toronto Blue Jays beat the sloppy Yankees 14-1 Wednesday night, dealing New York perhaps a fatal blow in its race for home-field advantage in the first round of the playoffs.

Danny Jansen homered twice, once off No. 3 catcher Erik Kratz in the eighth, as the Blue Jays reduced their magic number to one for clinching a wild card berth and their first postseason appearance since 2016.

Tampa Bay clinched its first AL East title since 2010 when it beat the New York Mets 8-5 and opened a 4 1/2-game lead. The Yankees, who have four games left, were in danger of falling 2 1/2 games behind Minnesota for the No. 4 seed and a home-field berth next week. 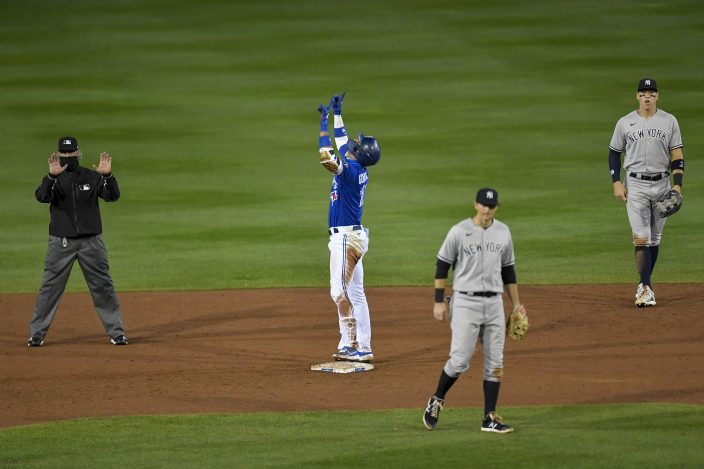 Shortstop Gleyber Torres and first baseman Luke Voit also made errors for the Yankees, who went 1 for 7 with runners in scoring position, a night after going 8 for 18 in a 12-1 win.

Sánchez made an errant pickoff throw in the first, allowing Teoscar Hernández to score from third and giving Toronto a 2-0 lead. 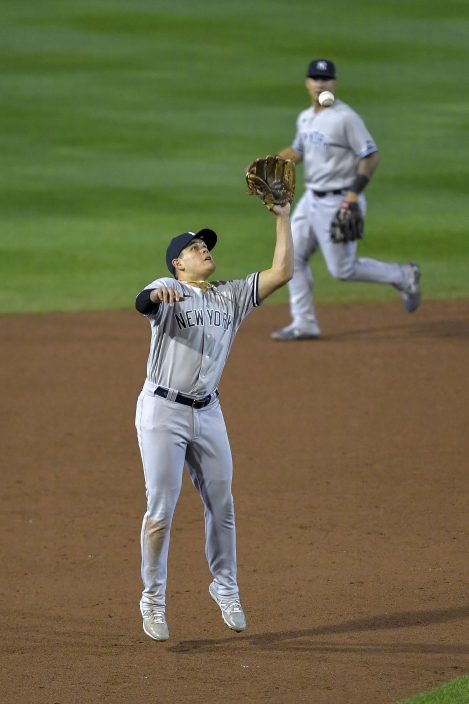 Randal Grichuk reached on a two-out error by Torres in the third and scored on Vladimir Guerrero's RBI double.

Cavan Biggio singled in the fourth on a ball that ticked off Voit’s glove and evaded second baseman DJ LeMahieu. Biggio went to second when Voit couldn’t handle a pickoff throw from Masahiro Tanaka (3-3) and scored on Grichuk’s two-out single.

After a catcher’s interference call against Sánchez wiped out what would have been the first out in the sixth, and the Blue Jays went on to score eight runs. Lourdes Gurriel Jr. hit a two-run single, and Biggio and Bo Bichette had two-run doubles. 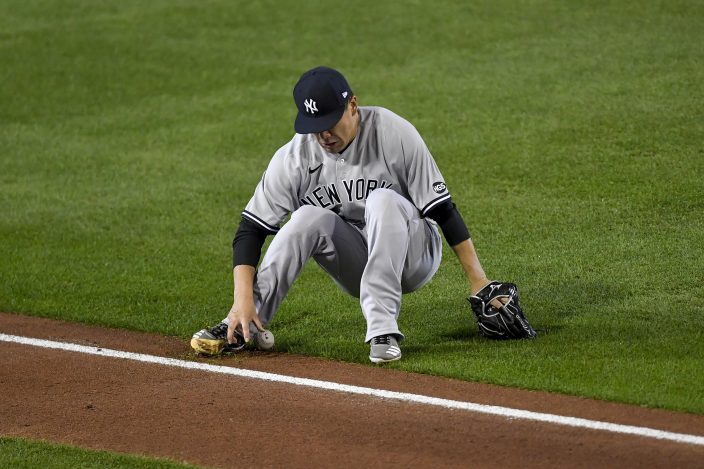 New York Yankees starting pitcher Masahiro Tanaka slips as he reaches for a soft grounder by Toronto Blue Jays' Lourdes Gurriel Jr., who was safe at first during the third inning of a baseball game in Buffalo, N.Y., Wednesday, Sept. 23, 2020. (AP PhotoAdrian Kraus)

Kratz made his second pitching appearance in four games,

A.J. Cole (3-0) escaped a bases-loaded, no-outs jam in the fifth by striking out Giancarlo Stanton, then retiring Voit on a popout and Torres on a flyout. Sánchez and Stanton each went 0 for 4 and struck out three times.

Ross Stripling pitched four innings for his first save since 2017. 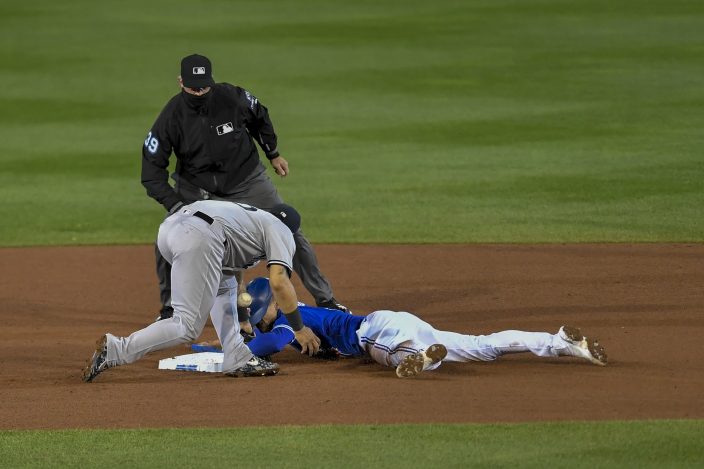 New York loaded the bases in the second but the only run came on a passed ball when left-hander Robbie Ray and Jansen got crossed up. 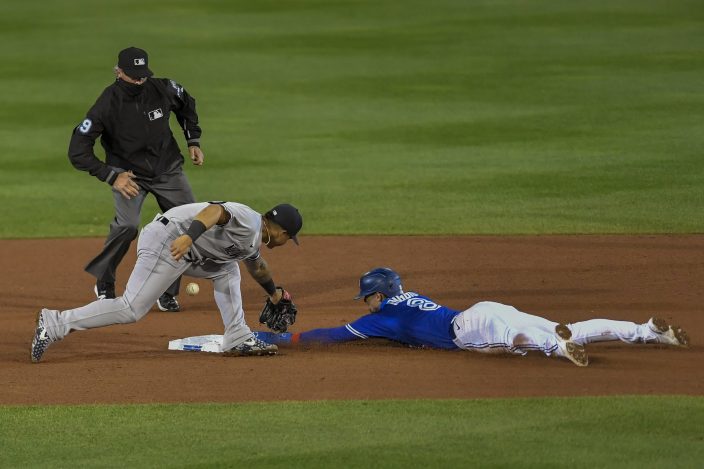 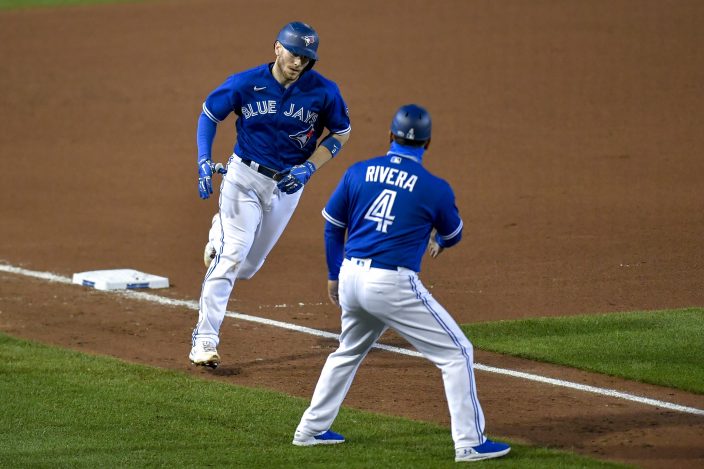