New York lost for the fourth time in five games and remained two games behind the slumping White Sox for the fourth seed. Chicago lost 5-4 at Cleveland, its fifth straight defeat.

Toronto secured at least an AL wild-card spot and ensured its eighth trip overall to the postseason. 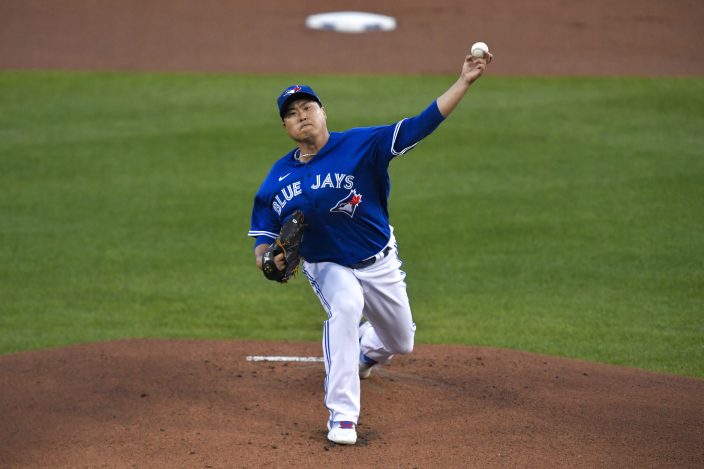 Blue Jays players embraced on the diamond at their temporary home of Sahlen Field in Buffalo after Rafael Dolis struck out Aaron Hicks to end it.

The Blue Jays trail the Yankees by two games for second place in the AL East. Both teams have three games remaining. Toronto hosts Baltimore in Buffalo while the Yankees host the Marlins.

New York failed to hit a homer for the fourth straight game, matching its longest streak since June 2016. It’s the first time the Yankees have failed to homer in a four-game series since doing so at Texas in July 2013. 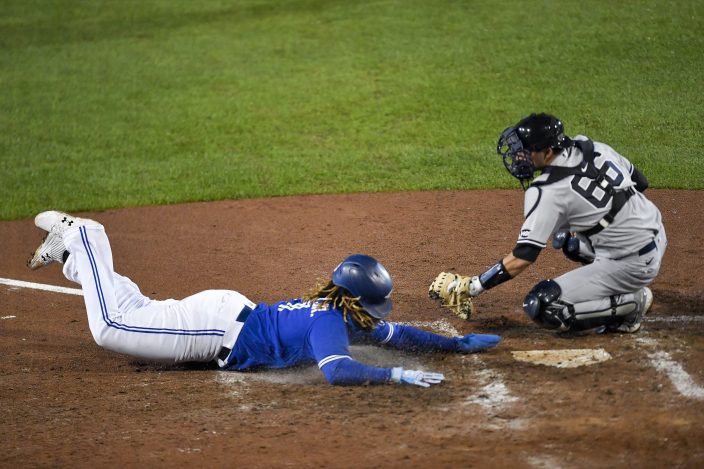 New York loaded the bases with two outs in the eighth, but pinch-hitter Gary Sánchez flied out to deep center, where Randal Grichuk made a leaping catch at the wall.

Ryu (5-2) scattered five hits, walked two and struck out four. Luke Voit and Hicks hit back-to-back singles to begin the sixth but Ryu struck out Giancarlo Stanton, got Gleyber Torres to fly out and retired Gio Urshela on a groundball. 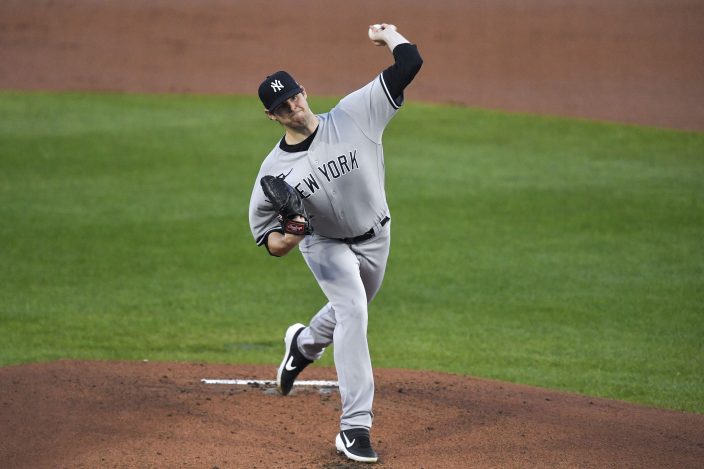 Dolis got four outs for his fifth save in six chances.

Ryu became the first Blue Jays starting pitcher since Aug. 22, 2019, to pitch into the seventh, pitching around Clint Frazier’s leadoff single by setting down the next three, including pinch-hitter Aaron Judge. The left-hander lowered his ERA from 3.00 to 2.69.

Guerrero opened the scoring with a solo homer off left-hander Jordan Montgomery (2-3) in the second, his eighth.

The Blue Jays extended their lead when Cavan Biggio and Bo BIchette hit back-to-back, two-out doubles in the third.

Toronto made it 4-0 in the sixth. Grichuk chased Montgomery with a single and Guerrero singled off Adam Ottavino before rookie Alejandro Kirk hit a two-out, two-run double.

Montgomery lost for the first time in four starts. He allowed three runs and six hits in 5 1/3 innings.

The Blue Jays finished 5-5 in their 10-game regular season series against the Yankees.

New York infielder D.J. LeMaheiu went 1 for 5, dropping his MLB-best average to .355. A former NL batting champ seeing his first AL title, LeMahieu is well ahead of White Sox shortstop Tim Anderson. The Chicago star went 0 for 4 in Thursday’s loss to Cleveland, dropping his average to .338.

Boone said he expects to use both Sánchez and Kyle Higashioka at catcher in the postseason. Higashioka has hit well while working with ace Gerrit Cole, while Sánchez has struggled with both offense and his defense down the stretch.

Blue Jays: RHP Taijuan Walker (4-3, 2.86) starts Friday in the opener of a three-game series against Baltimore. The Orioles have not named a starter.