The Justice Department is seeking an immediate ban on downloads of WeChat in Apple and Google app stores, saying the Chinese-owned messaging service is a threat to the security of the United States.

In a filing Friday, the Justice Department asked Beeler to allow for an immediate ban while the case works its way through court. 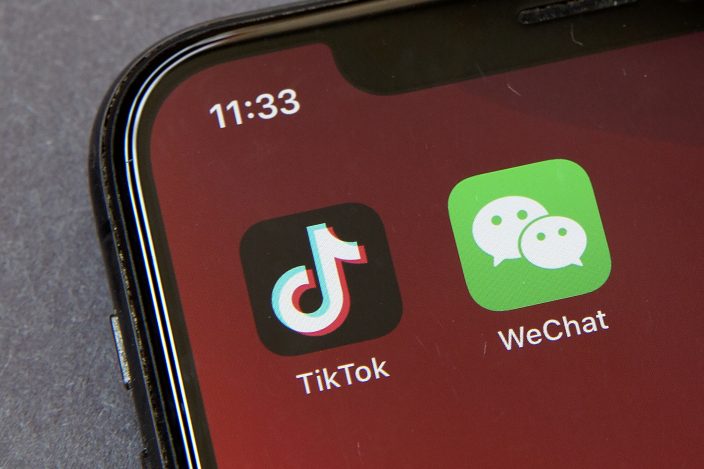 FILE - Icons for the smartphone apps TikTok and WeChat are seen on a smartphone screen in Beijing, in a Friday, Aug. 7, 2020 file photo. The Commerce Department said President Trump’s proposed ban of the apps WeChat and TikTok will go into effect Sunday, Sept. 20, to “safeguard the national security of the United States.” The government said its order, previously announced by Trump in August, will “combat China’s malicious collection of American citizens’ personal data.” (AP PhotoMark Schiefelbein, File)

WeChat is a messaging-focused app popular with many Chinese-speaking Americans that serves as a lifeline to friends, family, customers and business contacts in China. It’s owned by Chinese tech giant Tencent.

The Justice Department says WeChat allows the Chinese government to collect and use personal data on Americans to advance its own interests. The filing states WeChat has approximately 19 million active daily users in the U.S. in a range of formats, including text, images, video, and audio.

The Justice Department argues that the U.S. will suffer irreparable harm, both substantive and procedural, if the court does not stay its decision.

The Trump administration has targeted WeChat and another Chinese-owned app, TikTok, for national security and data privacy concerns, in the latest flashpoint amid rising tensions between Washington and Beijing.

The response to the coronavirus pa ...

The Associated Press, one of sever ...