Things are not as they seem in the new Apple TV+ series “Tehran” — as it should be in a spy thriller.

The series opens with a commercial flight from Jordan to India that's suddenly diverted to Iran. A few of the passengers on board have secrets. Those secrets will soon have war jets scrambling and a covert manhunt launching.

As audacious as the premise, “Tehran” is equally bold: an Israeli production that offers viewers a sympathetic view of Iran — one of Israel's greatest foes — without anyone from the production setting foot in the Islamic Republic.

This image released by Apple TV+ shows Navid Negahban as Masoud Tabrizi in a scene from "Tehran." (Apple TV+ via AP)

“The core of the show is dealing with the question of identity, nationality, immigration and family roots," Moshe Zonder, the show’s co-creator and co-writer, says from Tel Aviv. "It asks how we connect to them and our obligation to them and can we get free from them? This is relevant to everyone on the globe.”

The show’s eight episodes aired in Israel in June and July, to largely rave reviews. The espionage thriller, with dialogue in Hebrew, English and Farsi, debuts on Apple TV+ on Friday.

“Tehran” centers on a computer hacker-agent undertaking her very first mission in Iran’s capital, which is also the place of her birth. When the mission goes wrong, the agent has to survive by her wits. 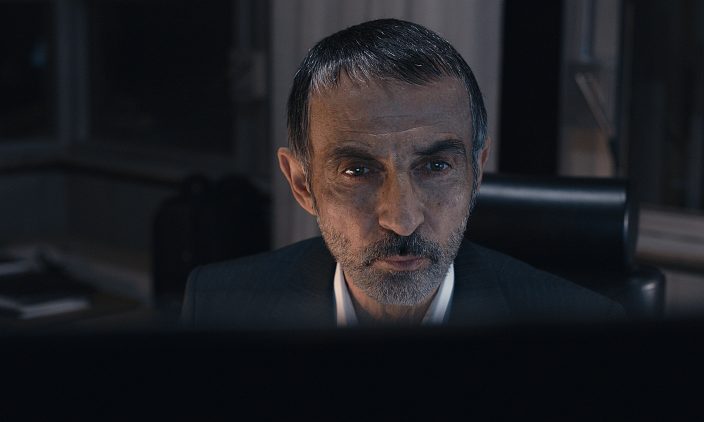 This image released by Apple TV+ shows Shaun Toub as Faraz Kamali in a scene from "Tehran." (Apple TV+ via AP)

With several of the same actors and featuring a woman spy dealing with Middle Eastern and Central Asian intrigue at its center, some viewers may see similarities with the recently completed run of “Homeland.”

But while that Showtime series explored how notions of good and evil can become corrupt and twisted on the international stage, “Tehran” is about making connections across ideological borders.

“There is not one clear enemy. It’s not about one side against the other. It’s really about people,” Niv Sultan, an Israeli actor who plays the “Tehran” spy heroine, says from Tel Aviv. “For the first time, we’re showing a different point of view of this conflict.”

The setting of the series is definitely not as it seems. Sections of the Greek capital Athens stood in for Tehran after co-creator Dana Eden visited the European country on a family vacation and was struck by the visual similarities between the two cities. Israelis are banned from visiting Iran.

Turning Athens into Tehran meant replacing lamp posts, license plates and street signs, as well as adding street vendors and storefront signs. The Athens airport was used to mimic the one in Tehran and, in one scene, a huge building-sized mural depicts an ayatollah, an addition thanks to computer special effects.

For months before shooting, Sultan immersed herself in the Israeli martial arts Krav Maga and intensive Farsi lessons. She initially approached the language assignment with confidence, thinking her background would help

“I thought, ‘All right. Not a problem.’ My dad talks Moroccan, which is Arabic. I was like, ‘Alright, Moroccan, Farsi — probably going to be similar.’ No! It has nothing to do with Hebrew and not with Arabic. The pronunciation is so, so difficult for a Hebrew speaker.”

Zonder — who served as a head writer on the first season of “Fauda,” the groundbreaking action series on the Israeli-Palestinian conflict — spent years researching and writing “Tehran.”

The two series share an attempt to humanize enemies. In ”Fauda," Zonder showed how a Hamas leader with Israeli blood on his hands was also a family man, much like he does with the main Iranian security officer chasing the heroine in “Tehran.”

Zonder said he reached back to his days as an investigative journalist when he would sit down with Hamas and PLO leaders and interview them to understand their point of view.

“I always want to cross borders — physically and mentally — in order to meet the one that I’ve been told all my life is my enemy,” he said.

While today Iran and Israel are mortal enemies, the series teases out their shared history and the respect Israelis and Iranians had for each others' cultures before the Islamic Revolution.

“It’s an amazing country. They have an amazing nature and views and food. Hopefully, some day, I could go to visit Iran and Tehran," said Sultan. "But for now, I’m focusing on the possibility that maybe our series will open peoples’ hearts and maybe open up some dialogue between Israelis and Iranians.”

While the intent may have been to build bridges, the Iranian regime’s reception to the series has been cold. The government-aligned Kayhan newspaper called the series an “anti-Iranian production” that reveals the “pro-West and promiscuous” agenda of anti-Iran activists.

Still, that hasn't stopped the filmmakers from hoping that some in Iran will find a way to see the show and be touched that Israelis are reaching out.

“Although it’s not a documentary, it is very important to us that people from Iran will see the show and a least some of them will feel that some of the characters are representative,” Zonder said.