The Grammy Award for cutest collaboration of the year goes to Carrie Underwood and her 5-year-old son Isaiah.

He’s the little singing boy providing the adorable vocals on “Little Drummer Boy,” one of the 11 tracks on the country superstar’s new Christmas album, “My Gift,” out Friday.

Underwood initially recorded the song alone, but said she constantly thought of her son when hearing the popular Christmas tune about a poor young boy who plays his drum for Jesus. 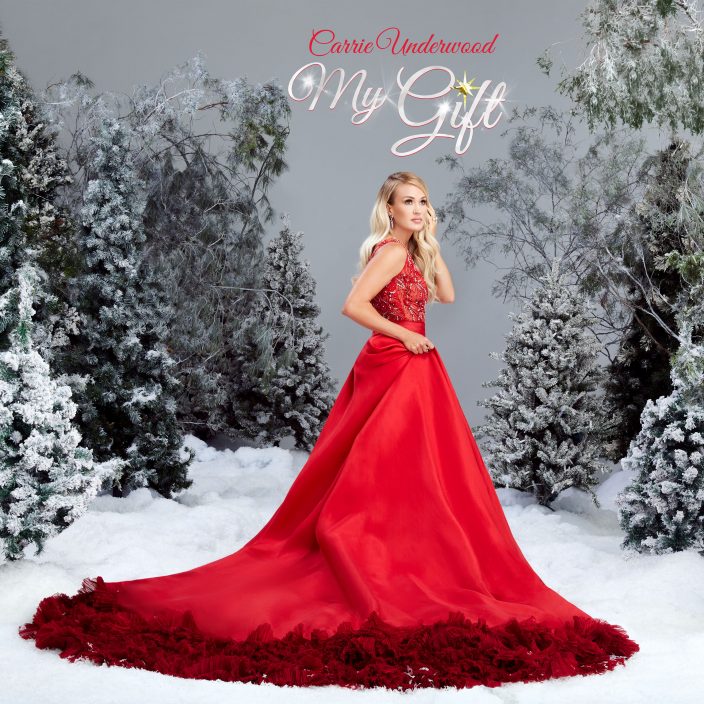 This image provided by Universal Music Group Nashville shows the cover of "My Gift" the newest Christmas album by Carrie Underwood. Underwood's 5-year-old son provided the adorable vocals on “Little Drummer Boy,” one of the 11 tracks on the country superstar’s new Christmas album, out Friday, Sept. 25, 2020. (Joseph LlanesUniversal Music Group Nashville via AP)

“(Isaiah) loves to sing. He loves music. He definitely has that passion and I asked him, ‘Would you ever want to go in and sing with Mommy?’ He said, ‘Yes,’” Underwood said. “I told everybody, ‘This might not even work. This might be a terrible idea.’ ... (And) he went in and he did such a great job. He was throwing his hands up in the air and was so excited and had all these cute 5-year-old emotions just pouring out of him.”

“It was just such a proud moment for me as a mom.”

Isaiah isn’t the only guest on “My Gift”: John Legend appears on the original track he co-wrote, “Hallelujah,” and the album was produced by Greg Wells, who has worked with Katy Perry and Adele and won a Grammy for producing “The Greatest Showman” soundtrack. 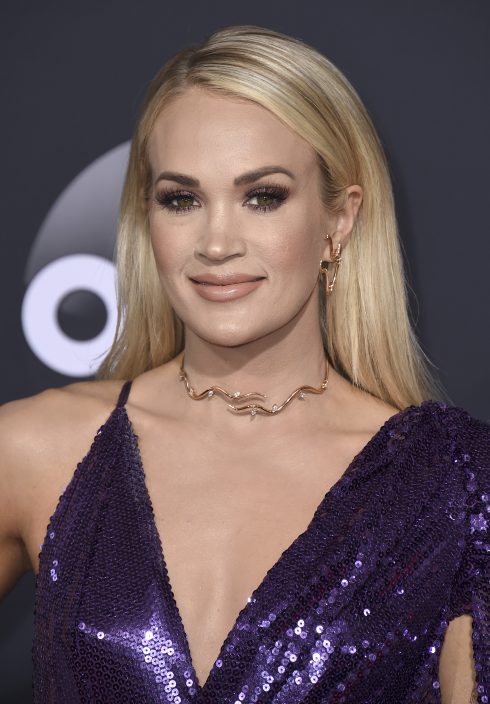 FILE - In this Nov. 24, 2019 file photo, Carrie Underwood arrives at the American Music Awards in Los Angeles. Underwood's 5-year-old son provided the adorable vocals on “Little Drummer Boy,” one of the 11 tracks on the country superstar’s new Christmas album, “My Gift,” out Friday, Sept. 25, 2020. (Photo by Jordan StraussInvisionAP, File)

“My Gift,” Underwood’s first Christmas album, was mostly recorded during the pandemic: She and Legend recorded separately, trading vocals over email; in Zoom sessions she co-wrote the tracks “Let There Be Peace” and “Sweet Baby Jesus” and took direction from Wells; and the orchestra musicians wore masks while recording for the album, which features gospel quartet the McCrary Sisters on background vocals.

Underwood will get to sing songs from the album — including classics like “Silent Night,” “O Holy Night” and more — on her upcoming HBO Max holiday special, which will tape this fall and air during the holidays.

In an interview with The Associated Press on Thursday, Underwood talks about her new album, planning for the holidays and offering some light to the world in a year of darkness. 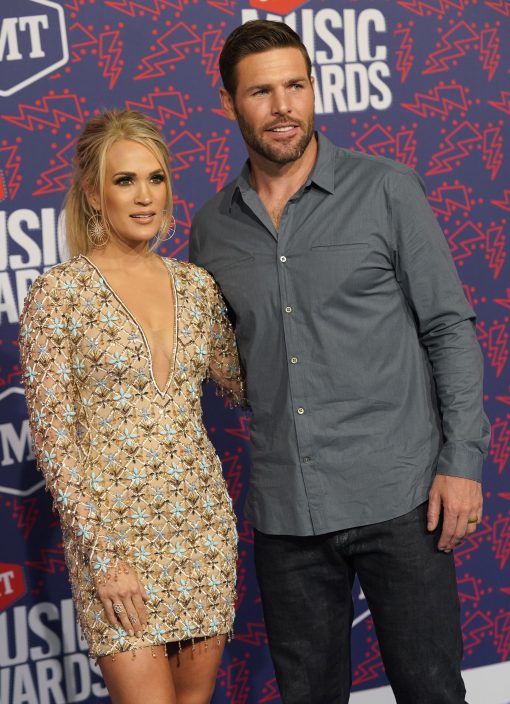 AP: What was your husband’s response to Isaiah’s singing?

Underwood: Oh, we were all just so excited. I was like, “I’m not going to send it to him right when I got it.” I was like, “I’m going to go home and we’re all going to listen to it in the car.” That’s where I always listen to my stuff that I record. We went in the car and Isaiah got to hear himself back for the first time. It was just a great moment for all of us — sitting in my SUV listening to his sweet little voice.

AP: What was it like recording an album during the pandemic? 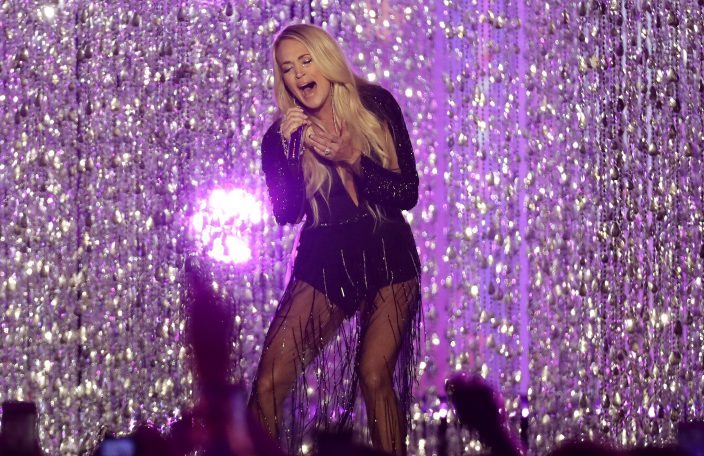 Underwood: At the very beginning we weren’t wearing masks yet. After it all got shut down we said, “OK, we can do one of two things: Scrap it and maybe hope to do it later or we can push through.” I feel like we had enough of the groundwork laid that I’m like, “Well what else am I going to do? Everybody else is in quarantine.” We scaled everything back and just found new ways to do things. We couldn’t have some giant studio and a bunch of musicians in all the time and whatever.

It ended up turning out great and it was good to not let this year be a complete de-railer. We had our hurdles and we pushed through and we got to make this album, which was such a bright point for me in the year. It was something that I was excited to get up and go do. I was very blessed to have that going on.

AP: It’s only September and you’re releasing a Christmas album. It’s been such a troubling and divisive year — are you hoping this album can bring light to people?

Underwood: Oh yeah. Yeah for sure. We definitely wanted to just be positive in all of what we’re doing. You look at “Let There Be Peace” ... I felt like we were kind of easing people into Christmas with that one because it’s not “Christmas, Christmas, Christmas.” It’s just a hope for the world. You want people to love each other. It kind of has that “it’s going to start with me” kind of vibe. I want to do these things to make the world a better place. If we’d all do that, even if there’s small things on a daily basis that we could do, the world would slowly start to get a little more joyous and a little more happy and have a little more understanding. I feel like that’s what we wanted in every step of the way when we were making this album.

I feel like we ended up with something that we’re really proud of and hopefully can be a little soundtrack to hopefully a joyous, happy time this year. We all need it. We need something to look forward to. I’ve always said, too, Christmas kind of marks the end of the year. You get Christmas done, you got the presents, you got the food, it’s over. Let’s welcome in the next year. I feel like people are looking forward to that finish line.

AP: Spending the holidays with family members won’t be easy this year because of the pandemic. Are you looking forward to the holidays?

Underwood: I feel unsure, like everybody else, as far as what our plans are going to be. But I’m excited for this time of year. It is a time of hope and joy and love. My husband’s family; our family’s in Canada so I have no idea if we’re going to be able to go up there. They have so many more restrictions as far as travel and stuff like that. You get there, then you have to be there for two weeks without seeing anybody and then you can see people, so you’re basically going to be there for a month. I’m not really sure what that’s going to hold for us. We’re still three months out, as we know a million things can change just like that. But we’ll be together, my husband, myself, our kids. Hopefully I can go see my family in Oklahoma ‘cause I really haven’t; I’ve seen my mom once this year. They’re in a little more at-risk group ’cause they’re older. I’m like, “I don’t want to bring our germs to you.”

We’re just like everybody else, going to figure it out. But it is a special time of year regardless. At the end of the day we’re celebrating the birth of Jesus. That’s always a good thing, no matter what year you live in, or where you are. I am more than happy to say, “Thank you God for the gift of Jesus.”

Merkel's party puts off choice of new leader for 2 ...