The Mid-American Conference, the first major college football league to postpone its season because of the pandemic, has become the final one to jump back in, making it 10 out of 10 conferences that will play in the fall.

As university presidents in the Big Ten, Pac-12 and Mountain West have done over the last 10 days, MAC leaders on Friday voted to reverse their August decision to kick football to spring and tee it up during its usual season.

Just like the other conferences returning to fall ball, the MAC cited advancements in COVID-19 antigen testing as key to the change of direction. The conference will begin testing athletes four times per week, starting Oct 5. 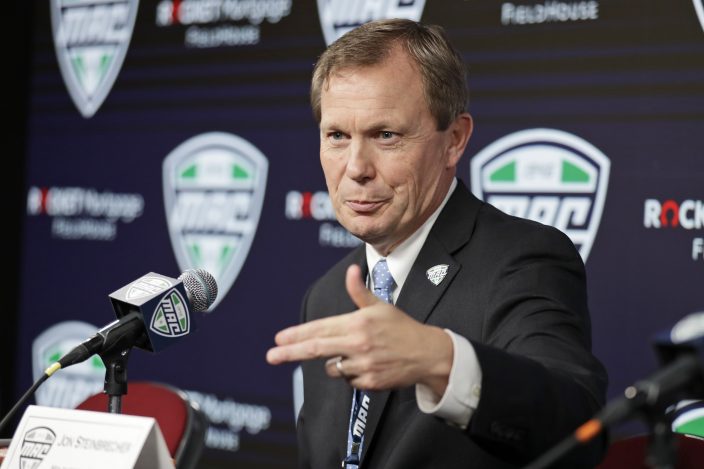 The MACtion will start Nov. 4 — a Wednesday, of course — and the championship game will be played Dec. 18 or 19. A full schedule will be released later, along with the confreence's full medical protocols.

“Our decisions, in August and again today, have been guided by an overriding concern for the well-being of the student athletes, institutions, and the community at large," Commissioner Jon Steinbrecher said in a statement. "Our medical advisory group, presidents, directors of athletics, and others, have worked hard to develop a plan that provides the opportunity for student athletes to compete.”

The MAC, a 12-school league of mostly Midwest schools with relatively small athletic budgets, postponed all fall sports on Aug. 8. Within a few days, the Mountain West, Big Ten and Pac-12 had done the same. 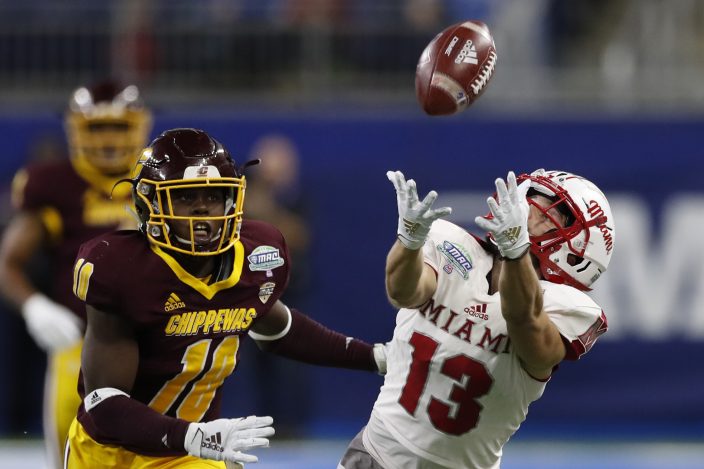 d FILE- In this Dec. 7, 2019, file photo, Miami of Ohio wide receiver Jack Sorenson (13) attempts to catch a pass as Central Michigan defensive lineman LaQuan Johnson (11) defends during the first half of the Mid-American Conference championship NCAA college football game in Detroit. The Mid-American Conference announced Friday, Sept. 25, 2020, that it will have a 6-game football season, meaning all 10 major conferences will play this fall. (AP PhotoCarlos Osorio, File)

Six conferences, including the Southeastern, Atlantic Coast and Big 12, held firm but the major college football season started Labor Day weekend with 40% of the teams that play at the highest level of Division I having announced they would sit out the fall. There have already been plenty of disruptions to the schedule, but the SEC starts Saturday and the Big Ten is set to kickoff Oct. 24.

Even independent Massachusetts said earlier this week it would attempt to play a small schedule of games this fall. Of 130 Bowl Subdivision programs, only UConn, New Mexico State and Old Dominion remain on the sideline.

If all goes well, by the first weekend of November, all the FBS conferences will be playing football.

Scotland warms up for 6N brushing aside Georgia 48-7

Scotland warmed up for its Six Nat ...