Keller (5-3) gave up four singles and struck out five in six innings. The eighth-round draft pick in 2013 closed out the season allowing one run in 33 innings pitched at home.

The Royals have won three in a row. The Tigers have lost eight of nine. 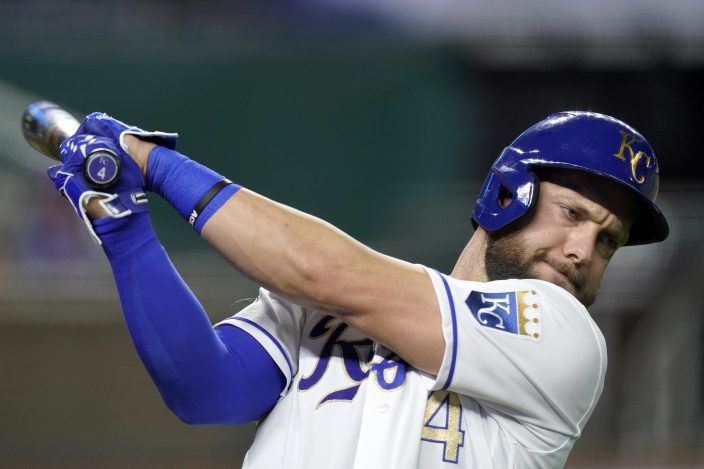 Kansas City Royals' Alex Gordon warms up on deck during the fourth inning of the team's baseball game against the Detroit Tigers on Friday, Sept. 25, 2020, in Kansas City, Mo. (AP PhotoCharlie Riedel)

Mondesi was a homer away from hitting for the cycle. In his last three games, he had nine hits, six runs scored and four RBI’s.

Royals left-hander Danny Duffy was used in relief for the first time since 2016. He gave up two hits, two runs and went 1/3 inning.

Those runs came in the sixth inning, after an RBI by Christin Stewart, who scored Harold Castro, and a sacrifice fly by Eric Haase that plated Niko Goodrum and cut the deficit to 3-2.

Scott Barlow and Jakob Junis went a combined 1 2/3 scoreless innings, and Jesse Hahn closed the door in the ninth for his second save of the season. 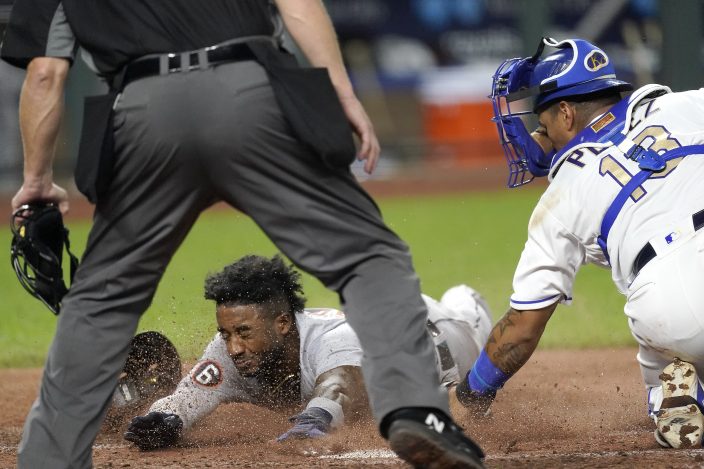 In the first tinning, Turnbull allowed singles by Whit Merrifield and Adalberto Mondesi. He walked two batters, which scored a run.

The next inning, Franchy Cordero hit a double down the left field line, and Mondesi followed with an RBI triple to make it 2-0. 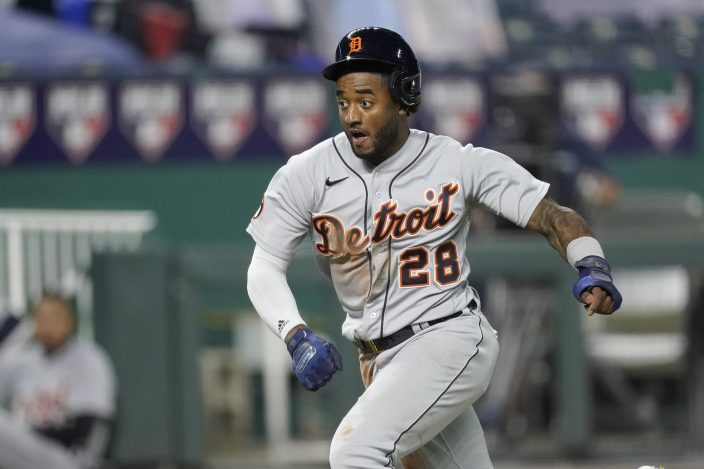 Detroit Tigers' Niko Goodrum runs home to score on a sacrifice fly by Eric Haase during the seventh inning of the team's baseball game against the Kansas City Royals on Friday, Sept. 25, 2020, in Kansas City, Mo. (AP PhotoCharlie Riedel)

Tigers: INF Jeimer Candelario (low back strain) was placed on the IL and OF Christian Stewart was recalled. 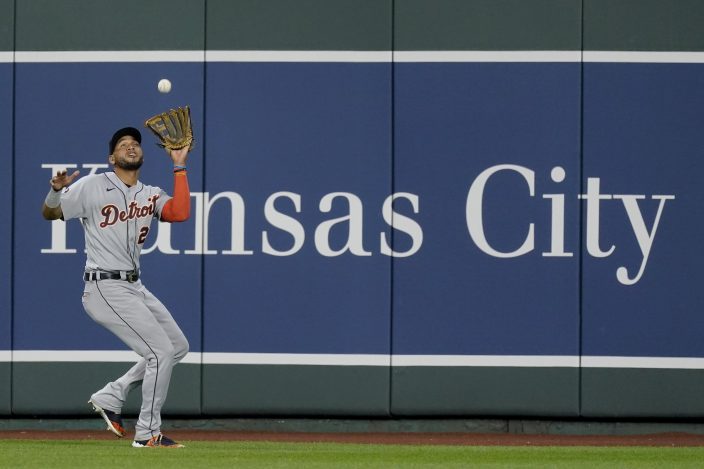 Detroit will start LHP Matthew Boyd (2-7, 6.96) on Saturday night, and the Royals will counter with RHP Carlos Hernandez (0-0, 3.46). Boyd will look to have a better outing after giving up five runs in five innings against the Indians on Sunday.

There was no Cristiano Ronaldo on ...

Broncos' Gordon sorry for DUI, focuses on game vs. ...