Freddie Freeman hit a two-run homer to lead off the 11th inning and the Atlanta Braves beat the Boston Red Sox 8-7 on Friday night to clinch the No. 2 seed in the National League playoffs.

Freeman's homer off Jeffrey Springs (0-2) drove in Ender Inciarte, who started the inning on second base, and bolstered the Braves slugger's case for the NL MVP Award.

Alex Verdugo's sacrifice fly off Shane Greene (1-0) drove in Rafael Devers in the top of the 11th, giving Boston a 7-6 lead. 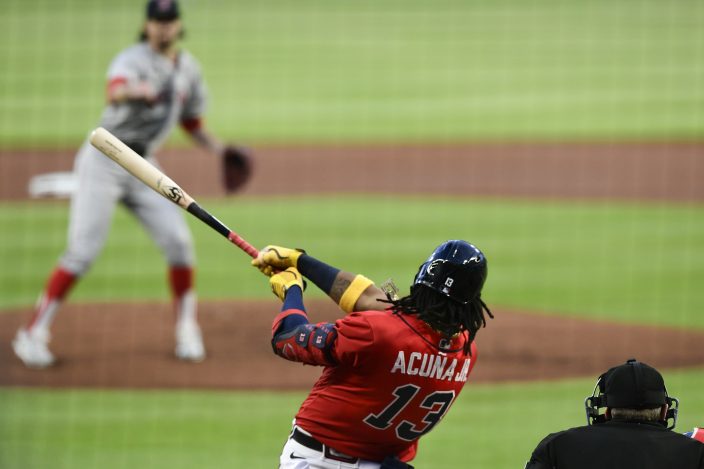 Atlanta Braves' Ronald Acuna Jr. (13) follows through on a home run to left field on a pitch by Boston Red Sox' Chris Mazza, top, during the first inning of a baseball game Friday, Sept. 25, 2020, in Atlanta. (AP PhotoJohn Amis)

Kevin Plawecki had three hits, including a tiebreaking single in Boston's two-run 10th. The Braves answered with two runs off Springs, including Dansby Swanson's two-out, run-scoring double to right field that tied it.

Ronald Acuña Jr. hit the longest homer in the majors this season — 495 feet to the top of the left-field seats — to lead off the game. It was the longest homer at Truist Park, which opened in 2017. Acuña admired his blast before flipping his bat and starting his run around the bases.

After Marcell Ozuna's bases-loaded single in the eighth drove in two runs to give Atlanta a 4-2 lead, the Red Sox pulled even. Two runs scored when Adeiny Hechavarria fielded Rafael Devers' bases-loaded grounder off Mark Melancon, slipped and threw the ball into the Braves dugout for an error. It was Hechavarria's third error in two games. 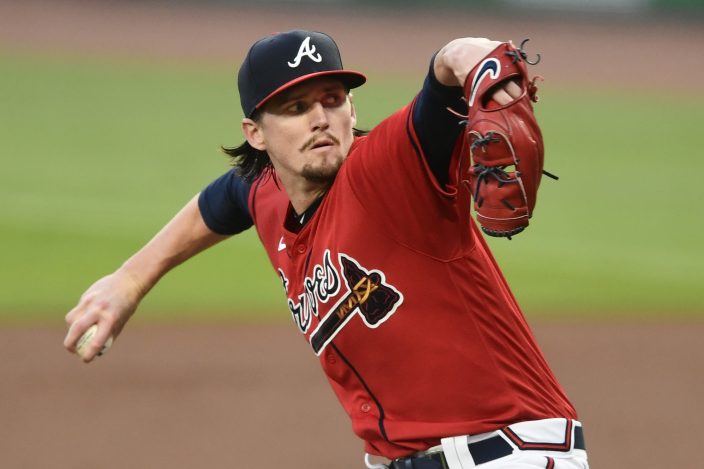 Kyle Wright gave up two hits and two runs in 6 2/3 innings in his final warmup for his spot in Atlanta's postseason rotation. Wright issued three consecutive walks in the seventh before Devers' pinch-hit groundout drove in Jackie Bradley Jr. from third base.

Wright retired the first 12 batters he faced. Bradley's homer, which traveled 447 feet over the center-field wall, tied the game to lead off the fifth. 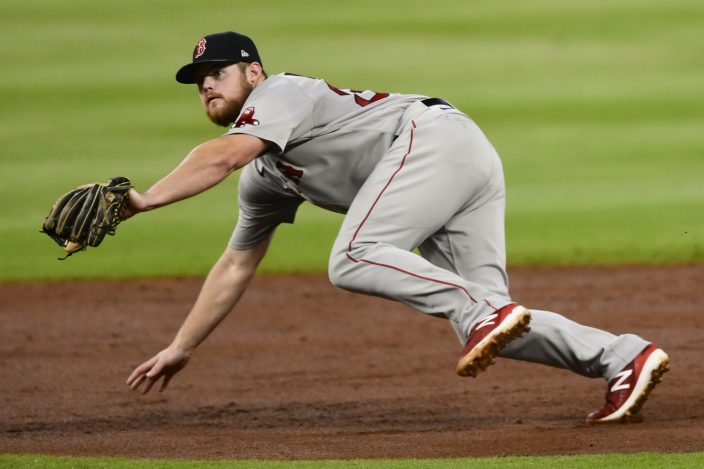 Red Sox: LHP Eduardo Rodríguez, who has been restricted from baseball activities since July 23 after coronavirus follow-up tests showed he has myocarditis, a heart issue, has been cleared to begin physical activity. Manager Ron Roenicke says Rodríguez can start walking on a treadmill soon with hopes he can begin building up for the 2021 season. Rodríguez tested positive for the coronavirus before the start of summer camp. ... RHP Domingo Tapia was placed on the 10-day injured list with a right biceps contusion, ending his season. He was hit in the arm by a line drive in Thursday night's game against Baltimore. RHP Austin Brice (strained lat) was activated from the 10-day IL.

Braves: Austin Riley started at first base after missing two days to rest a quadriceps injury. Riley's move from his normal third base position allowed Freeman to rest before entering the game as a pinch-hitter in the ninth. 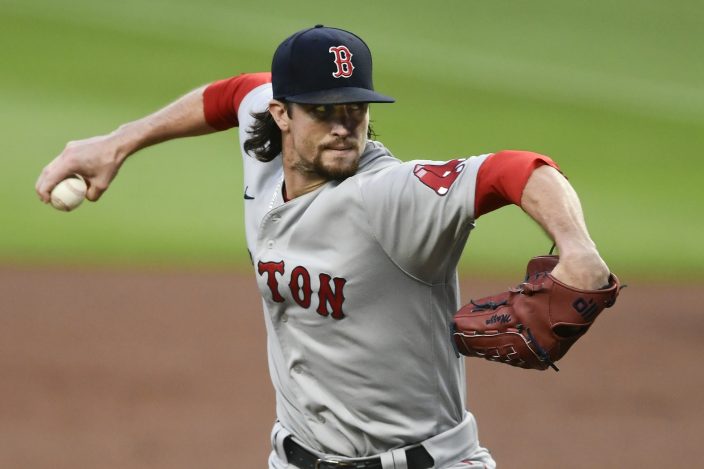 Braves: Manager Brian Snitker said he would wait until after Friday night's game to announce Saturday's starter, an indication it will be a bullpen game. 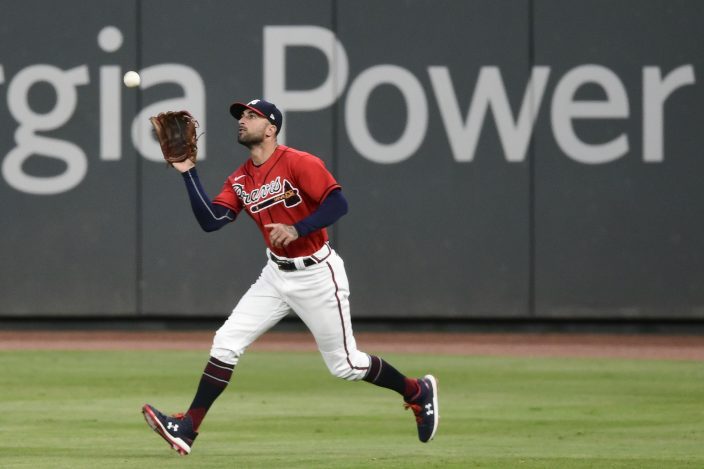