Victor Caratini, Kyle Schwarber and Javier Baez also went deep as Cubs used the longball to break out of an offensive funk and end a three-game losing streak. They reduced their magic number for securing the division crown to one game after St. Louis split a doubleheader with Milwaukee.

The fading White Sox managed just three hits off Darvish and lost their season high sixth straight. Like the Cubs, the South Siders have secured a playoff spot, but slipped into a tie for second place in the AL Central with Cleveland. 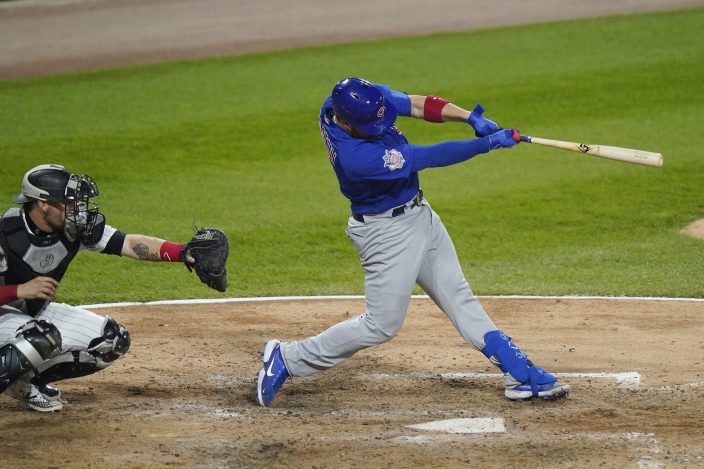 Darvish (8-3), a contender for the NL Cy Young Award, struck out five and walked one as he cruised to his first win since beating the Cardinals on Sept. 4. In three starts prior to Friday, the right-hander from Japan slipped from his earlier groove and was 0-2 with a 4.26 ERA.

Contreras hit a three-run shot of Dylan Cease (5-4) in the third. He greeted White Sox utility man Yolmer Sanchez, who pitched the ninth, with a solo shot for his eighth career multi-homer game.

Baez drove a double into the right-center field gap against Sanchez while batting left-handed, his second time swinging from that side of the plate in his major league career. 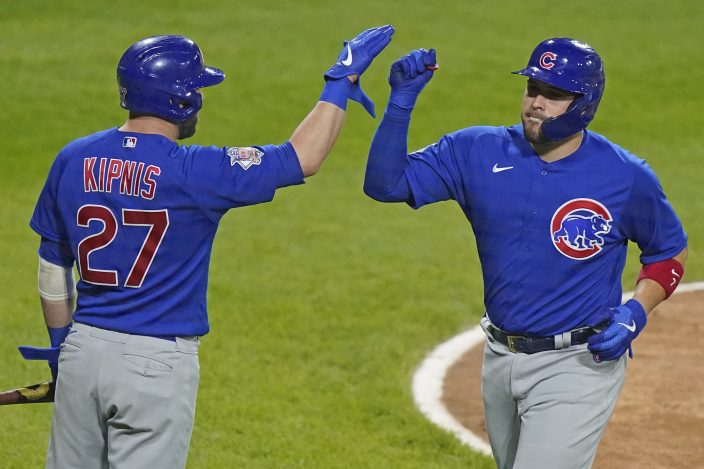 The longball once again hurt Cease, who gave up five hits — and three of the Cubs' five homers — in 4 2/3 innings. The 24-year-old righty has allowed 27 homers in 26 career starts.

The Cubs entered the game with a .220 team batting average, fourth lowest in the majors.

The White Sox played without outfielder Eloy Jiménez, who has a sprained right foot and is likely sidelined for the season-ending series. 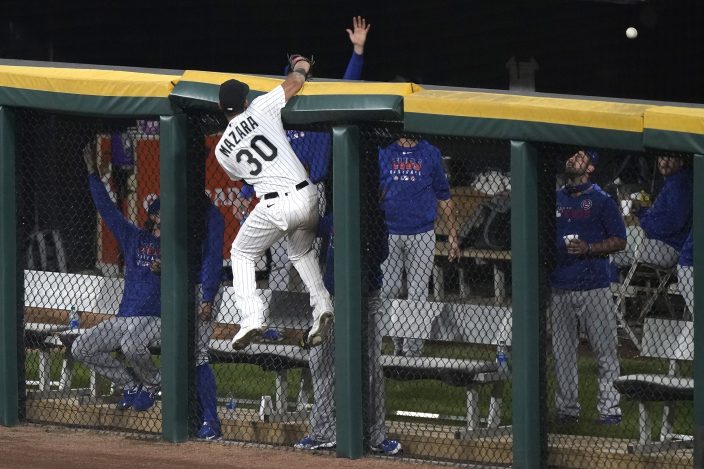 Schwarber lofted a full-count pitch just over the left-center wall in the second for this 11th homer and a 1-0 lead.

Contreras muscled a high 1-1 pitch the opposite way to the right field bullpen with two runners aboard in the third to open it to 4-0. It was his sixth home run.

Baez, who entered batting just. 196, led off the fourth with his eighth homer, a solo drive to left-center that made it 5-0. 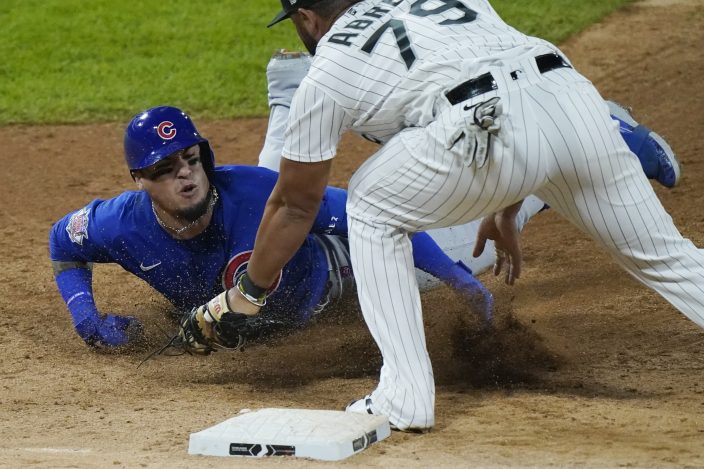 Caratini added a two-run shot off Gio Gonzalez in the sixth before the Cubs tacked on unearned runs in the seventh and eighth. 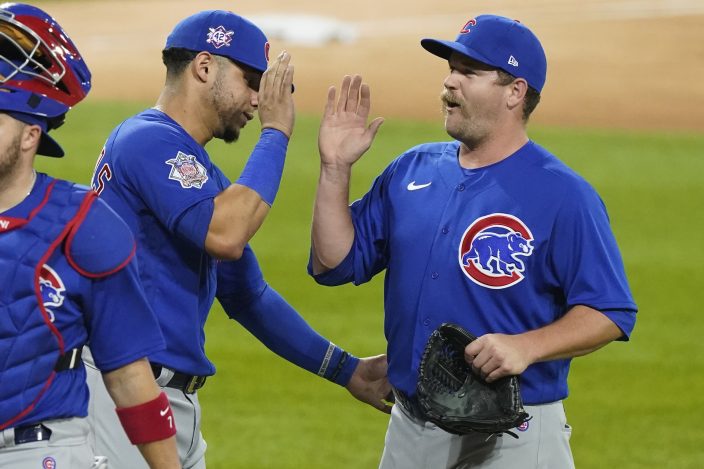 White Sox rookie Luis Robert was back in center field after being rested on Thursday in Cleveland. He singled in the fifth off Darvish to end an 0-for-29 slump.

The Cubs selected the contract of INF Patrick Wisdom from their South Bend, Indiana, alternate site and optioned INF/OF José Martinez to South Bend. Wisdom pinch hit in the eighth, flied out and remained in the game at first.

Cubs: INF David Bote, who fills in at third behind Kris Bryant, missed Friday’s game with what manager David Ross called a flare-up of an undisclosed minor injury. Nico Hoerner started at third. ... RHP Tyler Chatwood (elbow) is expected to toss a bullpen session on Saturday but is not near a return.

The Cubs send veteran LHP Jon Lester (3-2, 4.40) to the mound against White Sox rookie RHP Dane Dunning (2-0, 3.19) on Saturday night. Lester has thrown six shutout innings in two of his three previous starts and has a 1.06 ERA those three outings.