The Reds (30-28), who can finish as high as the fifth seed in the eight-team NL field, leaned hard on their bullpen and raised their record to two games above .500 for the first time since May 13, 2017.

After Wade Miley wrapped up a scoreless ninth, Cincinnati players roared from the dugout and ran out for team-wide hugs on the mound. 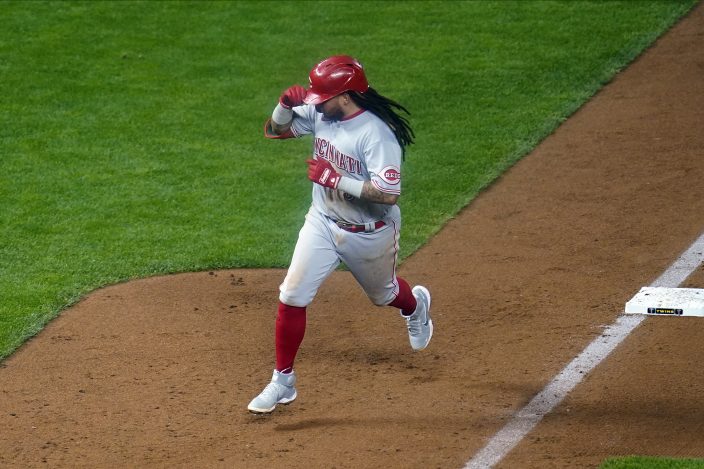 Joey Votto and the Reds had endured six straight losing seasons before advancing this year under manager David Bell.

The Twins failed to secure home-field advantage for the wild-card series, when Cleveland rallied to beat Pittsburgh and forge a second-place tie with Chicago in the division race. Minnesota leads the White Sox and Indians by one game, with two to play.

The Twins are 23-6 at Target Field, the best home record in baseball, and can still settle anywhere from the second seed to the seventh seed for the AL playoffs next week. 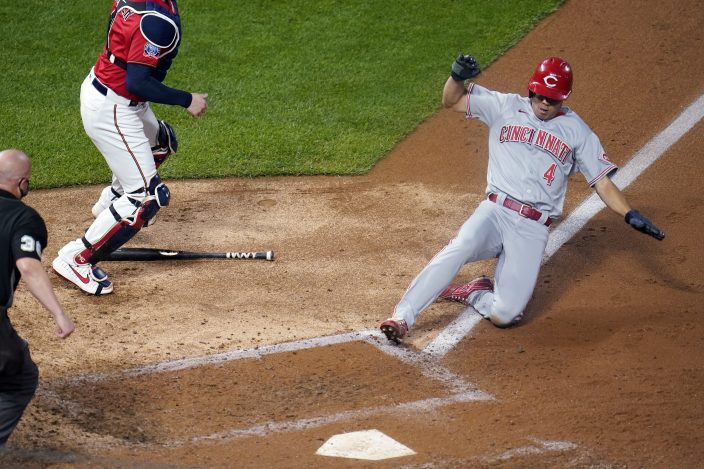 Reds reliever Michael Lorenzen (2-2) had four strikeouts in 3 1/3 innings, stranding runners on second and third in the third. Raisel Iglesias did the same in the eighth, and the Twins left 11 men on base.

After Philadelphia lost to Tampa Bay and Milwaukee split a doubleheader with St. Louis, the Reds did their part by holding on for their 10th win in the last 12 games. 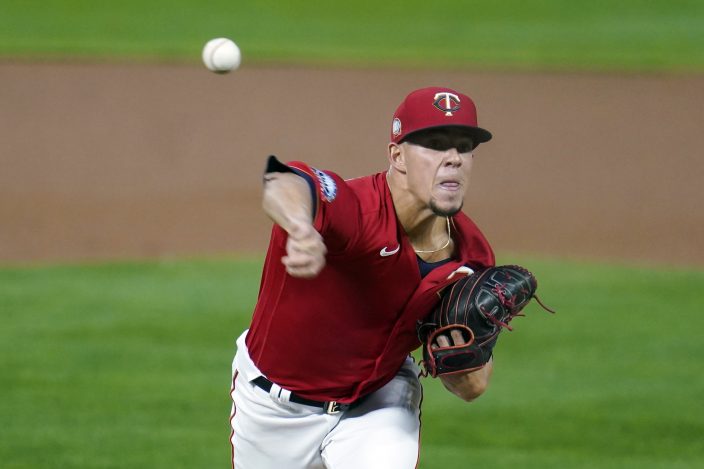 The Reds last participated in the postseason in 2013, with a one-and-done loss in the NL wild-card game. That was the last year they finished with a winning record, too, after going 90-72 in Dusty Baker's final season as manager.

Power hitting has been their ticket to this tournament, after giving both Nick Castellanos and Moustakas a four-year, $64 million contract, a franchise record. Eugenio Suárez leads the team with 15 homers.

Until the RBI single by Castellanos in the fifth, the Reds had a streak of 19 straight runs scored via the long ball. That included their entire series against the Brewers: 14 runs on seven homers. 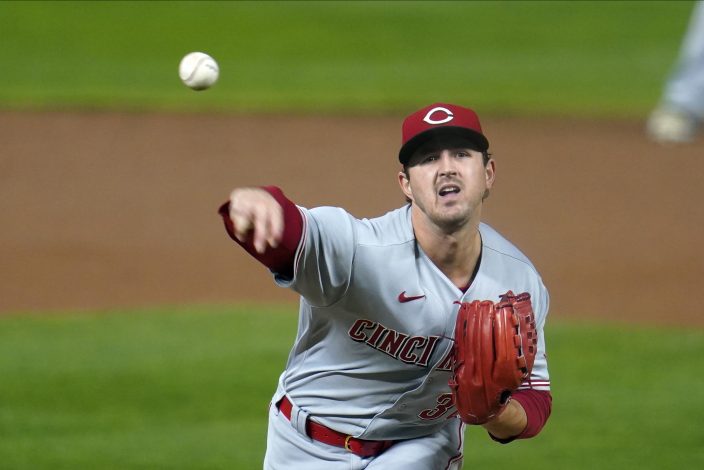 The Twins were close to fielding their optimal lineup, with the return of designated hitter Nelson Cruz (knee) from a four-game absence leaving second baseman Luis Arraez (knee, ankle) the only regular missing. Arraez is close to clearance, but third baseman Josh Donaldson departed after one inning due to a cramp in the calf muscle that kept him out for 30 games earlier this season.

Then center fielder Byron Buxton was hit in the head in the eighth by a fastball from Lucas Sims, knocking him to the dirt and forcing him out of the game. 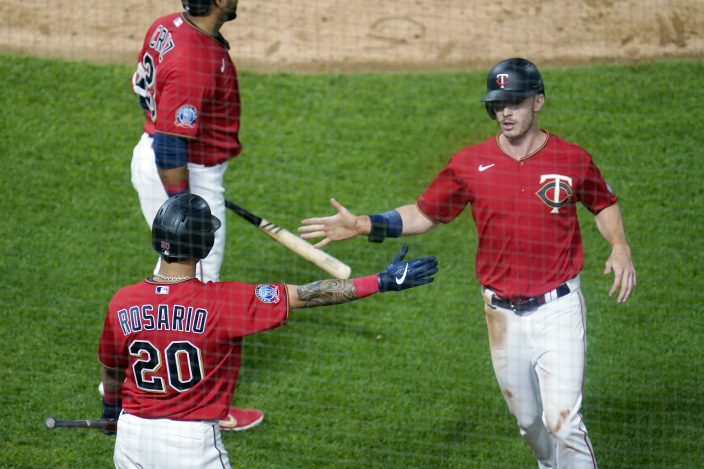 After pitching much better down the stretch of this abbreviated 60-game schedule than in the first half, this wasn't the ideal postseason tuneup for Jose Berríos (5-4). The two-time All-Star finished five innings, with four runs allowed in his first two-homer start of the season.

Bell was grateful for a rare opportunity this weekend to catch up in person with his brother, Mike Bell, who's the bench coach for the Twins.

Their father, Buddy Bell, was a five-time All-Star third baseman and manager of three different major league teams who's now working in the front office for the Reds, the team he played four late-career seasons for. Their grandfather, Gus Bell, was a four-time All-Star outfielder for the Reds. So there's no secret where the loyalties lie for their younger sister Traci, who has Down Syndrome.

“She keeps telling my mom that she does love me, too. She just doesn’t want me to win the next few days," Mike Bell said.

Said David Bell: “Mike's not going to be able to win her over. There's no chance.”

Reds: Nine-year veteran RHP Nate Jones, who had a 6.27 ERA in 21 relief appearances in his first season with the Reds, was released before the game. He was designated for assignment this week.

Twins: RHP Homer Bailey, who spent 12 of his 14 major league seasons with the Reds, was designated for assignment prior to the game. He made only two starts for the Twins, missing nearly two months with biceps tendinitis. RHP Edwar Colina was added to the roster and made his major league debut with a three-run ninth, recording only one out.

Twins: RHP Michael Pineda (2-0, 3.18 ERA) pitches the middle game of the series. The Twins have won all four of his turns since his reinstatement from a 60-game suspension.