No U.S. born-player has more playoff goals than Joe Pavelski. No player has scored in a single postseason more this late in his career.

That may not be enough for Pavelski and the Dallas Stars, who are in a deep, deep hole in the Stanley Cup Final.

Pavelski scored twice, including the tying goal midway through the third period, but the Stars lost 5-4 when Tampa Bay scored on a power play 6:34 into overtime of Game 4 on Friday night inside the NHL bubble in Edmonton. The Lightning have a 3-1 series lead. 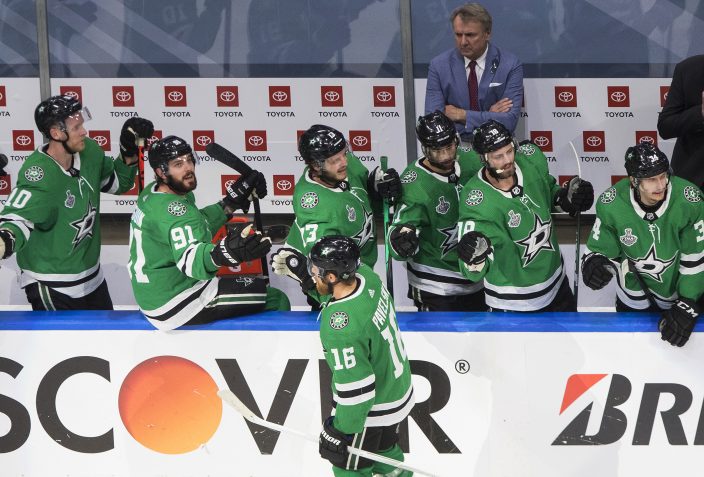 Dallas Stars center Joe Pavelski (16) celebrates his goal against the Tampa Bay Lightning with teammates on the bench during the first period of Game 4 of the NHL hockey Stanley Cup Final, Friday, Sept. 25, 2020, in Edmonton, Alberta. (Jason FransonThe Canadian Press via AP)

Tampa Bay's third power-play goal of the game was set up after a disputable tripping penalty called against Stars captain Jamie Benn.

“I disagree with the call, but it’s out of our control. Just move on,” said Stars defenseman John Klingberg, who had a goal for Dallas.

The Stars didn't have too much time to fret over that call or the loss with Game 5 coming up only 21 hours later in the first back-to-back in a final since 2009. 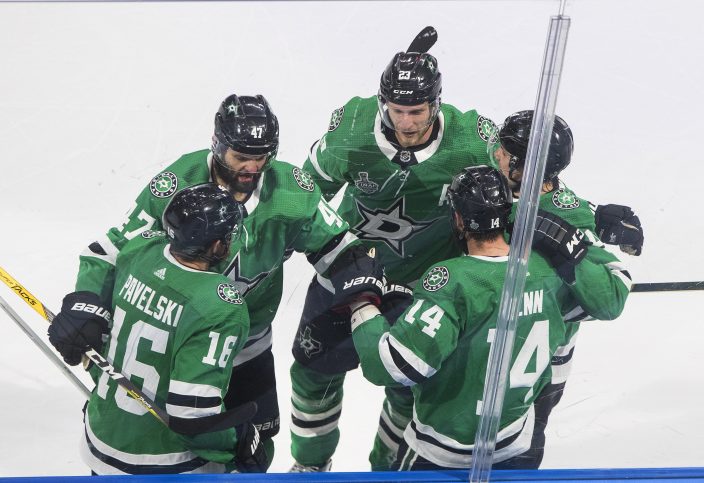 “It’s two guys going for a loose puck. That’s a hockey play, that’s what I saw,” interim head coach Rick Bowness said, adding he had watched the replay a couple of times. “They’re hooking us and we’re fighting through the hook.”

Pavelski has 60 career postseason goals, matching Joe Mullen for the most by a U.S.-born player. That is tied for 32nd overall on the all-time list, and not quite halfway to Wayne Gretzky's record 122.

When he scored in the first period to give the Stars a 2-0 lead, Pavelski broke a tie for second-place among American skaters. He had been tied at 58 with Mike Modano, who was on the Stars' only Stanley Cup championship team in 1999.

Pavelski has 12 goals inside the bubble, the most ever in a single postseason by a player 36 or older.