When Joel Kiviranta capped a hat trick by scoring the series-clinching goal in overtime in his playoff debut in the second round, the young Finn had one real desire.

“I hope I get more games,” Kiviranta said.

Kiviranta hasn't come out of the Dallas Stars lineup since, and he's emblematic of the impact a player can have in the fight for the Stanley Cup after playing but not practicing for weeks on end. They're part of the taxi squad of extras called the “Black Aces," a 19th century poker term brought into hockey by Hall of Famer Eddie Shore 90 years ago. 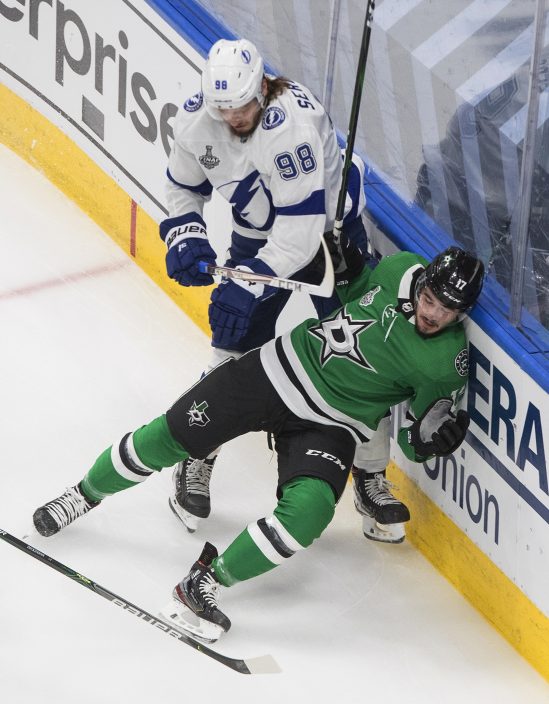 They're woven into the fabric of the NHL playoffs, and these players have never had it tougher, given the confines of the bubble and no guarantee they'll get into a game. They'll gear up to get on the ice to join in the fun when the Cup is handed out, which could be as soon as Saturday night.

“They’re the guys that never get talked about and probably have the most difficult job in this bubble,” Tampa Bay Lightning coach Jon Cooper said. “To be practicing and working and doing all the other things to stay ready and not getting in, it’s a mental grind.”

Some have grinded it out and been rewarded with a chance to shine on the big stage. In the Cup final alone, the Lightning got defenseman Jan Rutta back for his first game since Aug. 5, and the Stars plugged in Nick Caamano to replaced injured forward Blake Comeau. 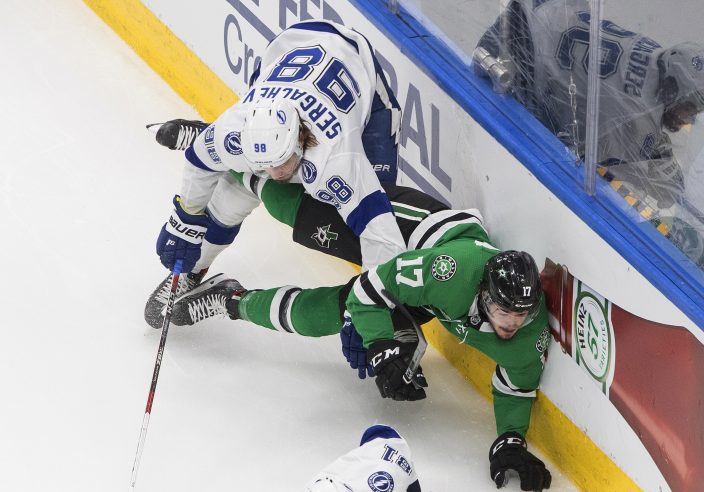 Tampa Bay captain Steven Stamkos returning doesn't really count, even though he hadn't played since February and was practicing with his teammates. Dallas may have to dip into its extras for Game 5 on Saturday night after Roope Hintz was injured in Game 4 a night earlier.

Caamano hadn't played since March 11, and that game was in the minors. But he tried to stay as ready as he could.

"It was weird going through your game day routine and stuff, but we knew as ‘Black Aces,’ you’ve got to be ready to go if your name’s called," Caamano said. “A lot of guys in that room have battled hard all playoffs here and you don’t want to come in and disappoint them, so you want to give your best foot forward."

Before that opportunity arises, it's a lot of thankless work practicing and biding time. Rutta watched a lot of hockey while rehabbing an injury, and tried to stay in shape and “not go completely mad" inside the bubble.

“When you’re a black ace in a regular playoff year, you’re at least with friends and family and all those things you get to enjoy while the ride’s going on,” Cooper said. “Here, it’s just different. And so you make sure that you have these guys feeling involved because it’s a really tough job.”

Stars assistant coaches have tried to mix up practice routine to break up the monotony.

It has worked. Kiviranta scored a big goal in the Western Conference clincher and then again in Game 1 of the final.

"Our coaches have done a great job keeping them fresh on the ice with different drills and games and doing everything we can to keep them as fresh as is possible mentally and physically," Dallas interim coach Rick Bowness said. “I give those kids credit, and we needed them. They were ready to go. Your hat to them and our coaches, who are doing a great job with them.”

The other challenge is making extra players feel like part of the team, even if they're not contributing to the results. Caamano said his teammates did a great job with that, involving him in card games and other activities.

And these guys could also play a major role, either in these playoffs or the future.

“What I’ve told our players is, ‘You may not feel like you’re helping right this moment,’" Cooper said. "They are helping and they may be helping the organization in a depth way today, but tomorrow they might be in our lineup. And so getting this experience I think is great for them.”