Two months of physical training. Then three months of practice on clay courts. Followed by two straight titles on the red dirt.

Amid all the tumult of the coronavirus pandemic, Simona Halep might very well have found the perfect formula to prepare for the French Open.

When the clay-court Grand Slam tournament begins Sunday, 2018 champion Halep will be on court against 70th-ranked Sara Sorribes Tormo.

“I was very strict to the schedule, and I have worked a lot and I have improved a lot physically,” Halep said of her time at home in Romania during the lockdown. “That’s why I can run, I can feel fit every match. My legs are stronger and stronger, which gives me confidence during the matches, and also on clay it’s (helpful).”

Ranked second but seeded No. 1 at Roland Garros because defending champion Ash Barty is not playing, Halep enters with a 9-0 record since tennis restarted, with titles on clay in Prague and Rome — and a 14-match winning streak that dates to February.

Separated from her Australian coach Darren Cahill for seven months during the pandemic, Halep spent the extended break from competition with her Romanian coach, Artemon Apostu-Efremov. 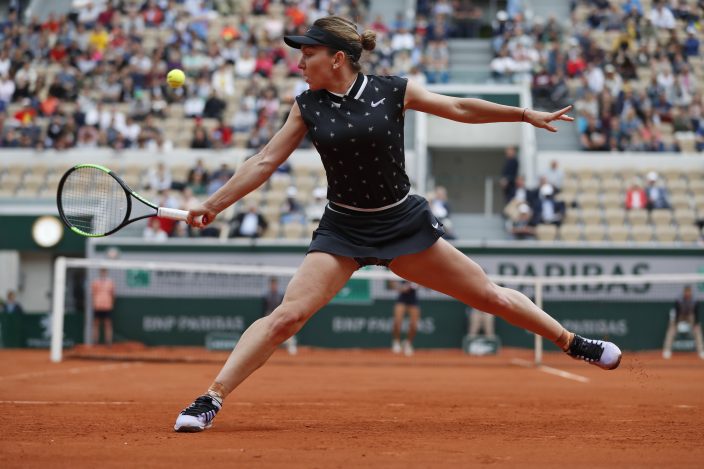 FILE - In this Thursday, May 30, 2019, file photo, Romania's Simona Halep plays a shot against Poland's Magda Linette during their second round match of the French Open tennis tournament at Roland Garros stadium in Paris. (AP PhotoJean-Francois Badias, File)

“First part of pandemic, it was mostly physical, because in Romania we weren’t allowed to do any tennis until 15th of May,” Apostu-Efremov told The Associated Press. “Then when it was possible to go out and play again … all our practice was on clay.

“We’ve been, for a while, on clay," he said, "and you get more used (to) the bounce, with the angles, and I hope this will be an advantage for her.”

Another possible edge for Halep: She didn’t play the recently concluded U.S. Open, having decided against traveling overseas due to health concerns amid the pandemic. So she wasn’t worn down by a deep run in New York — or even just the travel and jet lag — like many of her main challengers. 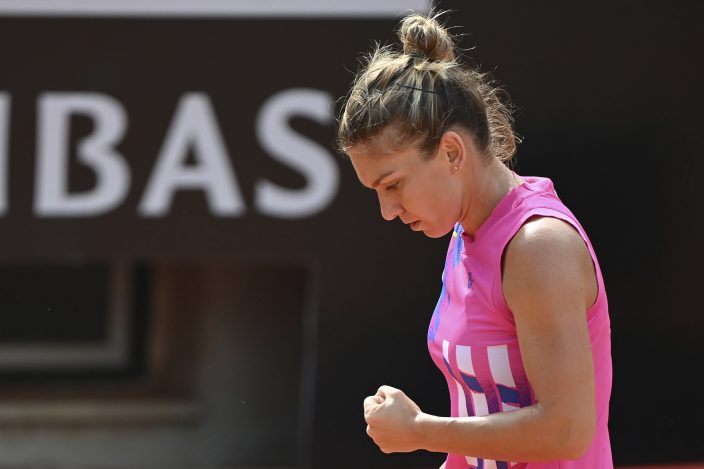 At the Italian Open, Halep’s final three matches came against Yulia Putintseva, Garbiñe Muguruza and Karolína Pliskova — all three of whom played at the U.S. Open. Putintseva and Pliskova each retired because of injury after losing the first set to Halep, while Muguruza was methodically worn down over the course of a long three-setter.

With the French Open being rescheduled from its usual May-June slot to late September and early October, cooler and wetter-than-usual weather could play to Halep’s strongpoint: outlasting opponents over long rallies with her fluid movement and improved stamina.

“To play (an) aggressive game against her is going to be quite tough,” Pliskova said. “And she (already) had big success in Paris, so I think she’s going to be one of my favorites to go for the title.”

Halep’s decision to sit out the U.S. Open was made with the same logic she used when she decided not to compete in the 2016 Rio de Janeiro Olympics due to concerns over the Zika virus.

While virus cases are increasing across France — the number of spectators at the French Open has been dropped to 1,000 per day — Halep clearly feels comfortable in Paris, a city she calls her “favorite.”

So consider Halep, who can reclaim the top-ranking from Barty if she wins Roland Garros again, ready to deal with the expectations of being a favorite.

“She has big expectations of herself,” Apostu-Efremov said. “This is a strange year and everyone has to adapt to the new environment, new conditions, (fewer) spectators. Some do it better, some miss some of this old stuff.”

Halep, it seems, is better prepared than ever.