President Donald Trump and his Democratic challenger, Joe Biden, are set to meet on Tuesday for their first debate, a highly anticipated event in a highly unusual election year.

The campaign has been divisive on a historic scale. Trump was impeached for trying to pressure Ukraine to investigate Biden and his son and has repeatedly tried to cast doubt on Biden’s mental acuity, going so far as to say the former vice president “doesn’t know he’s alive.” For his part, Biden has said of Trump, “If we were in high school, I’d take him behind the gym and beat the hell out of him.”

Against that backdrop, the two are set to face off for the first time as presidential nominees in Cleveland in a debate moderated by Chris Wallace of Fox News Channel. 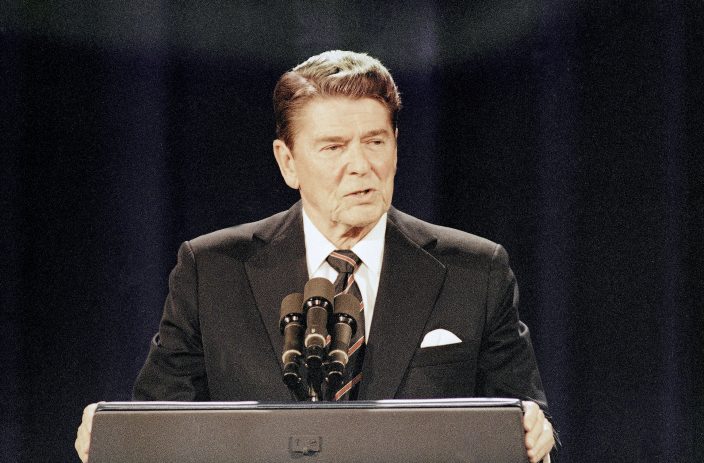 Here are some of the most memorable moments in presidential debate history:

The 1960 presidential election offered the country's first televised debate. It's remembered less for what was said than for what viewers saw. 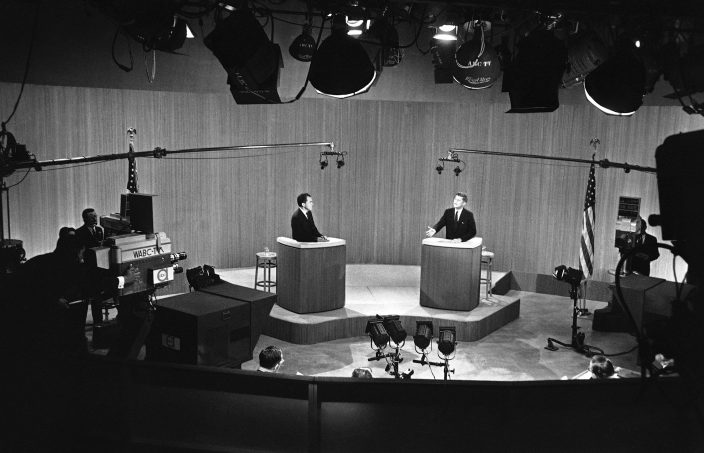 Democrat John F. Kennedy, the handsome young Massachusetts senator, looked tan and relaxed. Republican Richard Nixon, who had been sick and in the hospital, looked hollow-eyed and had a five o’clock shadow. Kennedy paired his tan with a blue suit, offering a nice contrast on black and white TVs. Nixon was wearing a gray suit, which blended into the gray studio background.

Many considered the debate a turning point in Kennedy's campaign. 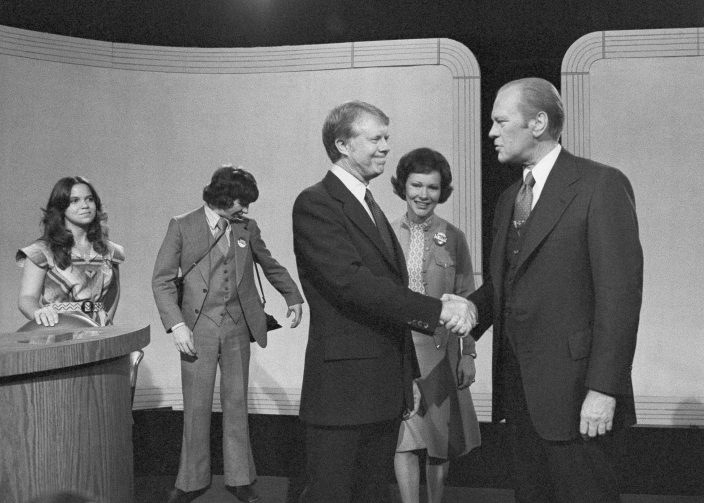 FILE - In this Oct. 6, 1976 file photo with his wife Rosalynn Carter looking on at center, Democratic presidential candidate Jimmy Carter, center left, shakes hands with President Gerald Ford at the conclusion of their debate at the Palace of Fine Arts Theater in San Francisco, Calif. (AP Photo, File)

Republican President Gerald Ford's insistence that “there is no Soviet domination of Eastern Europe” during a 1976 debate against Democrat Jimmy Carter was such a blunder that the questioner asked whether he really meant to say that.

“I’m sorry, could I just follow — did I understand you to say, sir, that the Russians are not using Eastern Europe as their own sphere of influence in occupying most of the countries there and making sure with their troops that it’s a Communist zone?”

Ford said he did. Years later, Ford acknowledged, “There's no question I did not adequately explain what I was thinking.” 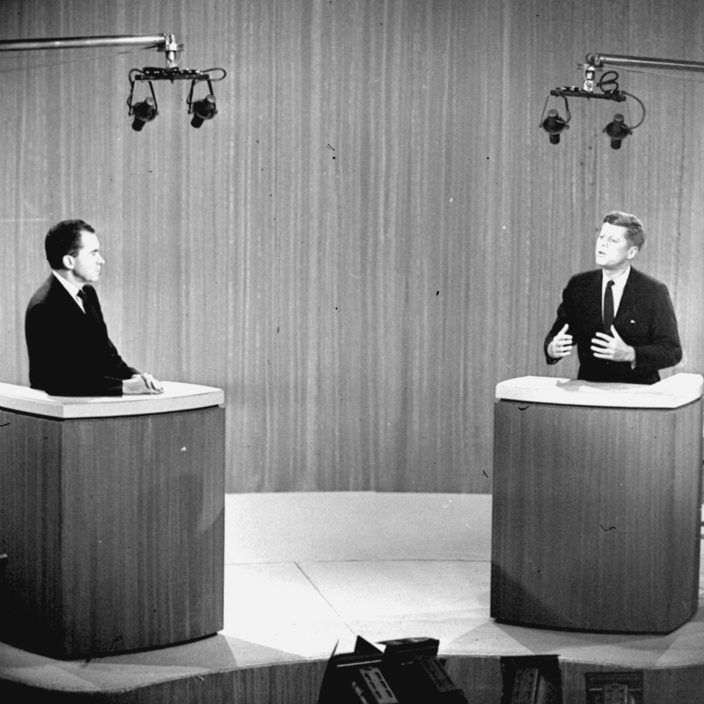 TURNING AGE INTO A PLUS

Republican Ronald Reagan, then seeking to become the oldest president to win reelection, used humor to address questions about his advanced age at a 1984 debate against Democrat Walter Mondale.

When a questioner asked Reagan if he had any doubts whether he had the strength for the job as his age, the then-73-year-old was quick to respond: “Not at all. I will not make age an issue of this campaign. I am not going to exploit, for political purposes, my opponent's youth and inexperience.” 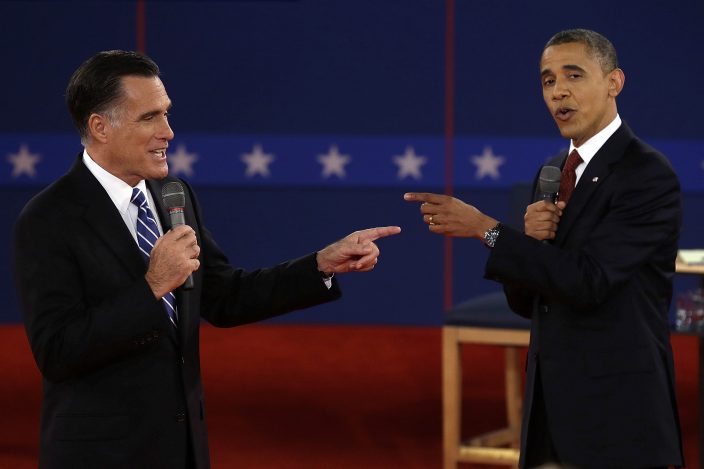 THE KIDS ARE OFF-LIMITS

Democrat John Kerry's response to a question about homosexuality during a 2004 presidential debate against Republican incumbent George W. Bush caused a fight between him and Vice President Dick Cheney. “I think if you were to talk to Dick Cheney's daughter, who is a lesbian, she would tell you that she's being who she was. She's being who she was born as,” Kerry said. The Cheneys blasted Kerry for bringing up their daughter, and the vice president described himself as an "angry father.” 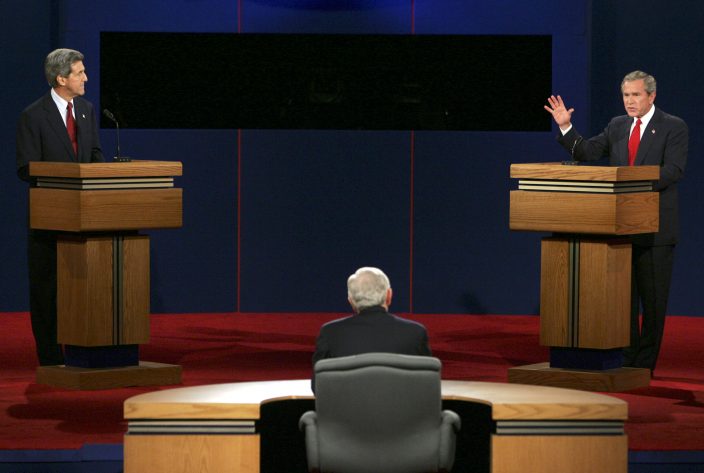 During a 2012 presidential debate between Republican Mitt Romney and Democratic incumbent Barack Obama, Romney was asked about pay equity in the workplace for women. He talked about how he had pulled together a list of candidates for administration positions when he was Massachusetts' governor.

“I went to a number of women’s groups and said, ‘Can you help us find folks?’ And they brought us whole binders full of women,” Romney said. 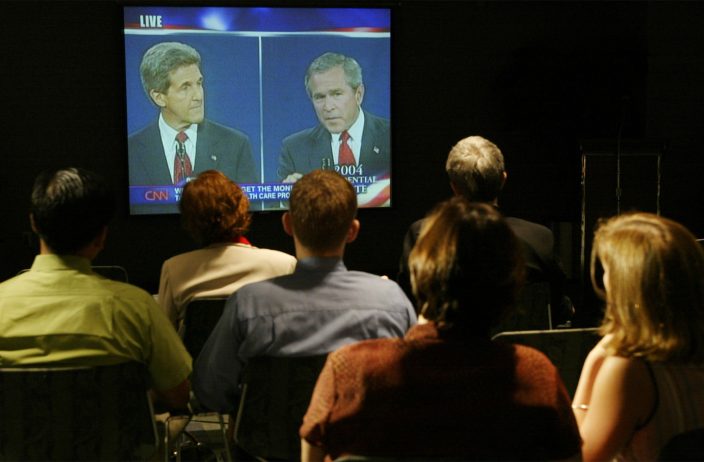 The comment drew ridicule almost immediately and was held up as an example of Romney's dissonance on women's issues.

The second 2016 presidential debate was two days after the release of the 2005 “Access Hollywood” tape of Trump boasting about grabbing women by the genitals, and Trump was determined to change the narrative. 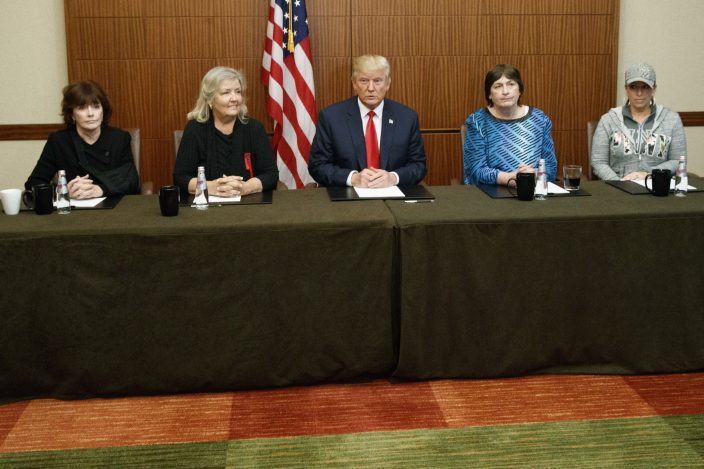 He called a surprise news conference hours ahead of the debate against Democrat Hillary Clinton, and reporters walked in to find Trump sitting at a table alongside three women who had accused Clinton's husband, former President Bill Clinton, of unwanted sexual advances decades earlier. The women detailed their allegations against the former president as Trump watched, his hands folded in front of him.

The women later joined him at the debate as his invited guests. 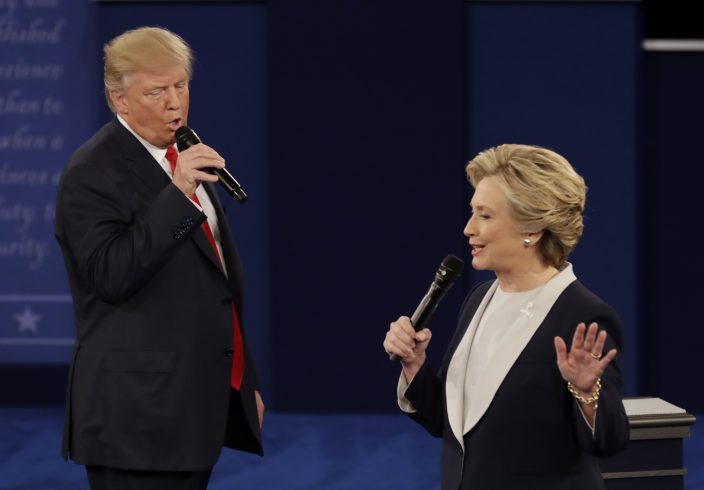 The 2016 debates were filled with moments that in any other election year would be the most notable. In the first debate, Trump questioned U.S. intelligence findings that Russia had hacked the Democratic National Committee: “It could also be somebody sitting on their bed that weighs 400 pounds, OK?”

In the second debate, Trump loomed behind Clinton as she spoke, seeming to follow her around the stage. Clinton didn't react in the moment but later wrote in her memoir, “What Happened,” that she wishes she had said, “Back up, you creep, get away from me.”

Trump referred to Clinton as “the devil” and said his administration would appoint a special prosecutor to investigate her use of a private computer server as secretary of state. “It's just awfully good that someone with the temperament of Donald Trump is not in charge of the law in our country,” Clinton replied. Trump retorted: “Because you'd be in jail.”

In the third debate, Trump waded into uncharted territory for America's democracy by refusing to say if he'd accept the results of the election if Clinton won. “I will tell you at the time," he said. “I'll keep you in suspense.”

With the number of coronavirus pat ...