The Latest on the expected nomination of Amy Coney Barrett to the U.S. Supreme Court (all times local):

An airplane believed to be carrying likely Supreme Court nominee Amy Coney Barrett and her family has arrived at Joint Base Andrews. 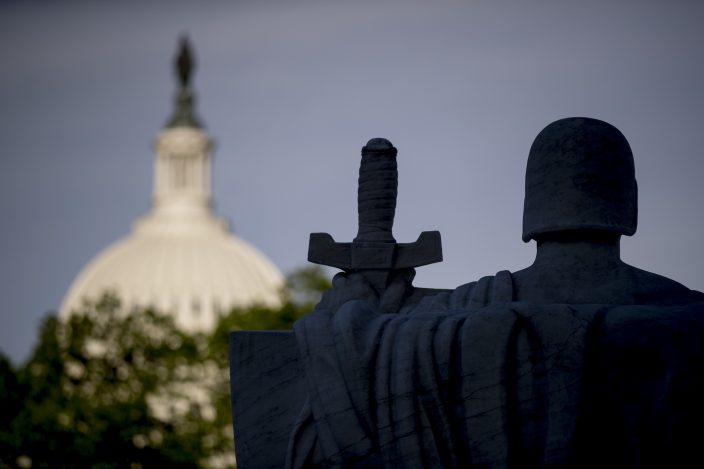 FILE - In this May 4, 2020, file photo the Dome of the U.S. Capitol Building is visible from the steps of the the Supreme Court in Washington. (AP PhotoAndrew Harnik, File)

Barrett is expected to be nominated to the U.S. Supreme Court on Saturday evening by President Donald Trump. The plane left from South Bend, Indiana, where Barrett and her family live.

The seat was made vacant by the death of Justice Ruth Bader Ginsburg last week at the age of 87.

Barrett is a justice on the 7th U.S. Circuit Court of Appeals. She was previously a law professor at Notre Dame and has been hailed as the heir to the late conservative Justice Antonin Scalia.

She met with Trump at the White House earlier this week.

The Latest: Trump says he's narrowed court list to 4 or 5

The Latest: WH leaves it to McConnell to decide vote timing