The Pirate plundered the defending national champions and Oklahoma got its annual faceplant as a big favorite out of the way early.

Meanwhile, Texas made a crazy comeback to keep the Big 12 from going up in flames.

College football was batty on Saturday, which for the first time in a season that was never a certainty made things feel normal. 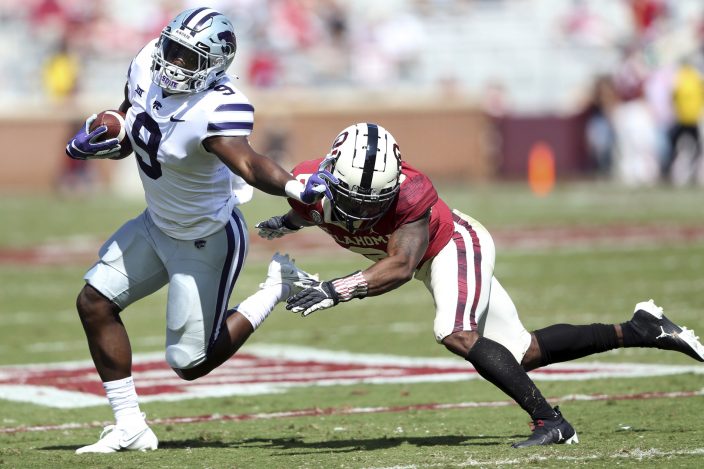 The Southeastern Conference finally kicked off with one of the season's first stunners: No. 6 LSU got Air Raided by Mississippi State in the debut of Bulldogs coach Mike Leach, who has put together a Hall of Fame resume turning outpost programs into consistent winners with record-setting offenses. First it was Texas Tech. Then it was Washington State. So far, so good at Mississippi State.

The pandemic cost the pirate-loving, oddball coach a normal offseason to implement his Air Raid offense. Quarterback K.J. Costello, a transfer from Stanford, didn't arrive in Starkville until the summer.

Surely, there would be some glitches early for the Bulldogs. Especially, in the vaunted SEC. 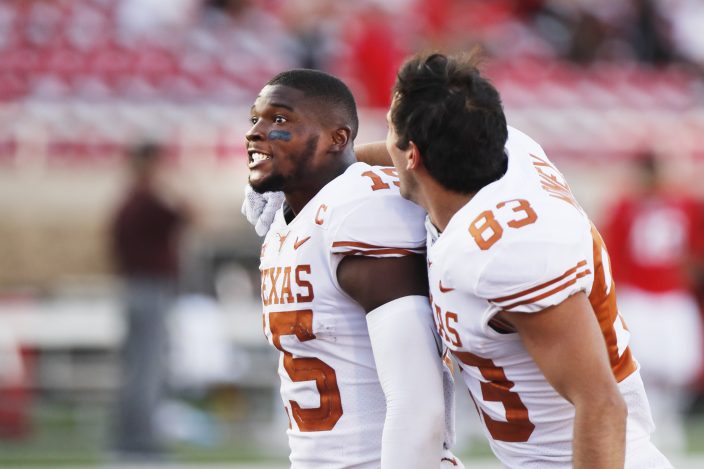 “It’s better than average,” Leach said of his return to the SEC.

Costello passed for 623 yards, breaking a 27-year old Southeastern Conference record held by Georgia's Eric Zeier by 79 yards. For perspective, in five games during an injury-riddled 2019 at Stanford, Costello passed for 1,038 yards and five scores.

As for Leach, his act won't play everywhere. He can be a wildly entertaining and eccentric at times and a thin-skinned bully at others.

His personality and prolific passing attacks — developed in the SEC as an assistant for Hal Mumme at Kentucky in the late 1990s — overshadow his greatest talent: Doing more with less. He never had a losing season in 10 years at Texas Tech. The Red Raiders have had six losing seasons since its messy divorce with Leach in 2009.

Washington State had won nine games in five years before Leach arrived in 2012. He won at least that many in four seasons with the Cougars.

He never did win a conference championship outright and it's unlikely he will suddenly make Mississippi State — the Texas Tech or Washington State of the SEC West — a serious threat to Alabama.

But if form holds, the Bulldogs will put up gaudy passing stats and pull off the occasional big upset. The victory at LSU was his seventh against a top-10 team, but first on the road. The top-10 victory on the road was just the third for Mississippi State in 50 years.

The defending national champions were only the second-highest ranked team to lose Saturday.

No. 3 Oklahoma jumped out to a 35-14 lead on Kansas State late in the third quarter behind quarterback Spencer Rattler. Then it all fell apart as the Wildcats, playing without several key defensive players because of COVID-19, beat the Sooners for the second straight season.

According to ESPN, this was Oklahoma’s sixth loss as a 20-point favorite since the start of the 2009 season. No other team has more than three of those losses.

Its the same ol' same ol' for the Sooners.

They miss tackles, blow coverages and just don't get enough stops. Yes, the offense short-circuited in the fourth quarter with a chance to dodge the upset, but it's always the offense bailing out the defense for the Sooners.

There were signs that it might get better early last year after Alex Grinch was brought in to be the coordinator. But by the end of the season, the Sooners were getting steamrolled by LSU.

“It’s a results business and we failed,” said Grinch, who is losing some of that rising star luster.

Oklahoma has won five straight Big 12 titles and made the playoff four times in that span. Counting out the Sooners after one loss doesn't make sense because the last four years they have lost a Big 12 game as a heavy favorite before winning the conference.

It looked for a while like both the Big 12's flag bearers would catch an L on the first day of conference play.

Texas was down 15 late in the fourth quarter at Texas Tech. Two touchdowns sandwiched around an onside kick, plus a tying 2-point conversion by the Longhorns sent it to overtime. Texas Tech completed the meltdown from there and Texas escaped.

“As we were walking off, Caden Sterns said that if 2020 was a football game, that was it,” Texas coach Tom Herman told reporters.

AROUND THE COUNTRY: A tight end has never won the Heisman Trophy or even been a finalist, but maybe Florida's Kyle Pitts can change that. The Gators' best weapon had eight catches for 170 yards and four touchdowns against Ole Miss as the other high-profile new coach in the Magnolia State — Lane Kiffin — took a sound beating in his debut. No tight end has finished in the top 10 in Heisman Trophy voting since Notre Dame’s Ken MacAfee in 1977. He was third. ... Virginia appears to have something special in 6-foot-7 freshman receiver Lavel Davis, who scored two touchdowns in spectacular fashion in a victory against Duke. ... It was another week of special teams mayhem in college football, but kudos to Louisiana-Lafayette kicker Nate Snyder. He was 3 for 6 on field goals before drilling a 53-yarder as time expired against Georgia Southern to keep the 19th-ranked Ragin' Cajuns unbeaten. ... No. 21 Pitt's defense appears to be no joke. The Panthers smothered No. 24 Louisville to start 3-0 for the first time since 2014. Pitt had seven sacks and allowed 223 yards, 75 on one touchdown run.

Nine years late and far above its ...