The Rockies bounced back with a win, one day after they were swept in a doubleheader by the Diamondbacks. The first of those two losses ended Colorado's slim hopes of making the playoffs.

The right-handed Márquez (4-6) avoided trouble for most of the night, working around several miscues by his defense. The Rockies were charged with four errors for the first time since 2016. 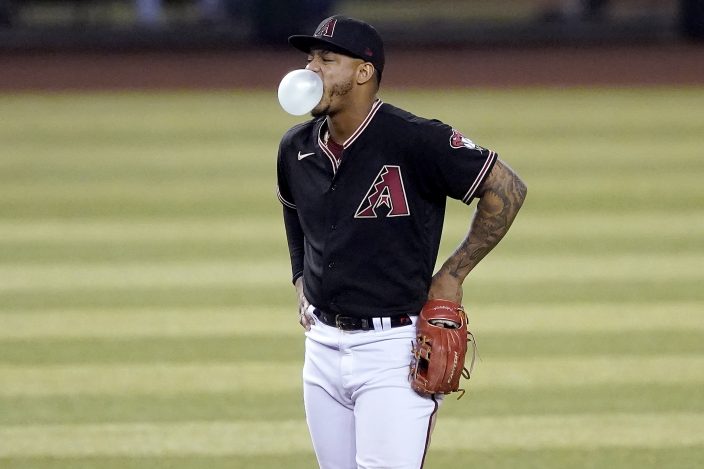 Arizona Diamondbacks' Ketel Marte waits for a pitch during the seventh inning of a baseball game against the Colorado Rockies, Saturday, Sept. 26, 2020, in Phoenix. (AP PhotoMatt York)

Márquez needed just 88 pitches to get through his seven innings and gave up five hits and one walk. He gave up three runs but none of them were earned.

The Rockies did have one fielding highlight: Right fielder Kevin Pillar made a perfect throw to home plate that caught Pavin Smith, who was trying to score on Jon Jay's single. 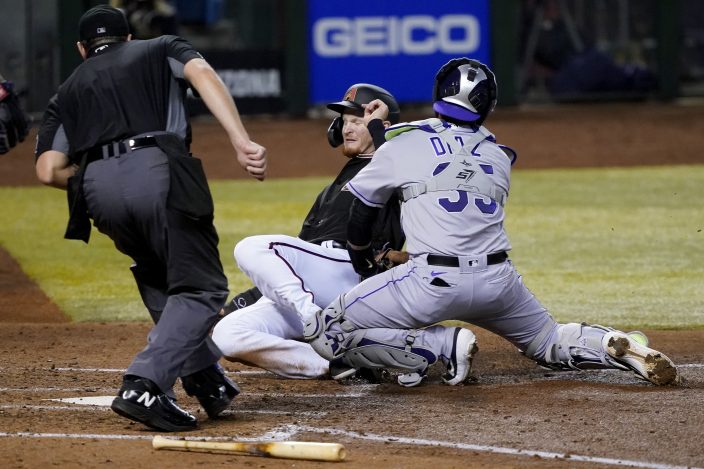 Arizona Diamondbacks Pavin Smith is tagged out at the plate by Colorado Rockies catcher Elias Diaz during the fifth inning of a baseball game, Saturday, Sept. 26, 2020, in Phoenix. Smith was trying to score on a base hit by Jon Jay. (AP PhotoMatt York)

For Arizona starting pitcher Luke Weaver, it was another frustrating outing in a season full of them. The right-hander gave up five runs on seven hits over five innings, including the two-run homer to Diaz. He struck out six.

The 27-year-old Weaver (1-9) was expected to be one of the D-backs' best pitchers this season but instead was one of many reasons that the team's season has finished well short of expectations. He had 12 starts, never pitched six complete innings in any of them and finishes the season with a 6.58 ERA. 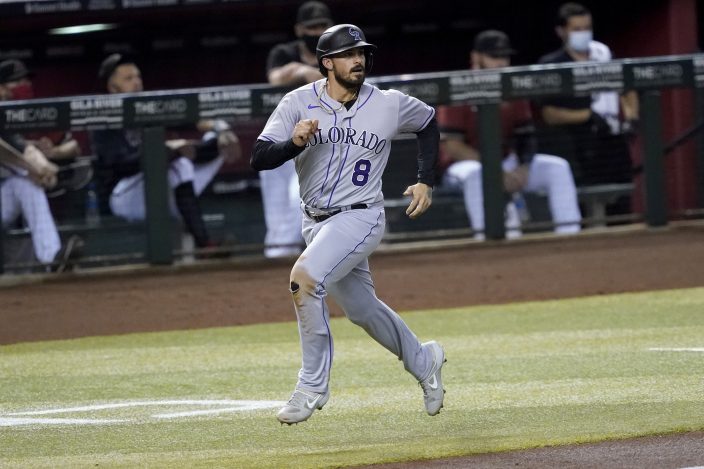 Colorado Rockies' Josh Fuentes (8) scores on a base hit by teammate Daniel Murphy during the fourth inning of a baseball game against the Arizona Diamondbacks, Saturday, Sept. 26, 2020, in Phoenix. (AP PhotoMatt York)

BACK ON THE MOUND

RHP Silvino Bracho made his first big-league appearance since 2018 on Saturday after missing nearly two years while recovering from Tommy John surgery. He gave up a two-run homer to McMahon in one inning of relief. 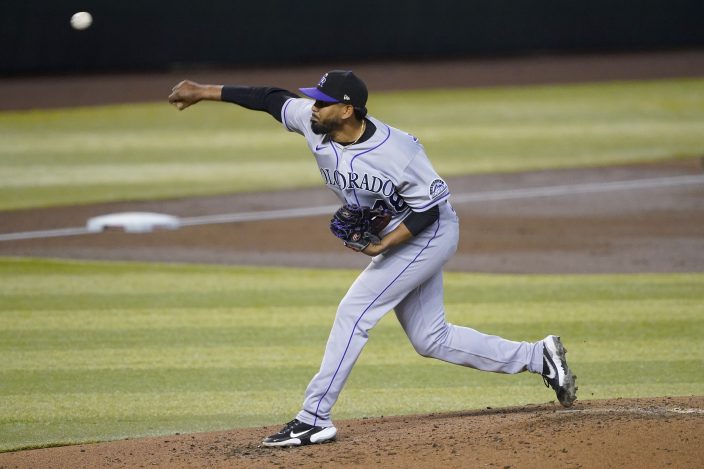 Diamondbacks: Arizona will throw RHP Madison Bumgarner (0-4, 7.36), who has had a disappointing season in his first year in the desert after signing an $85 million, five-year deal during the offseason. 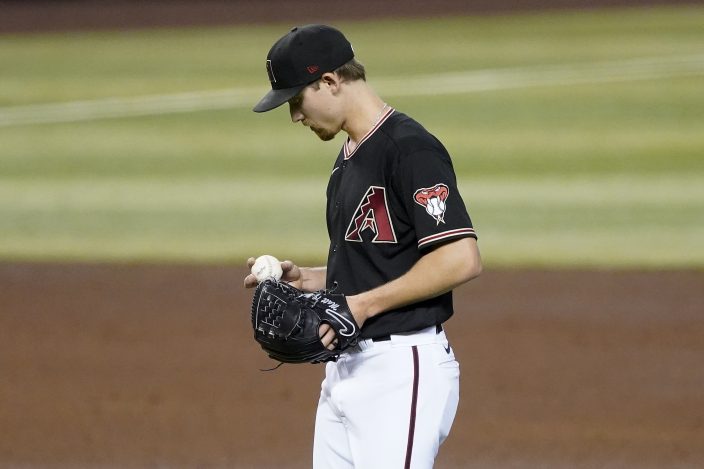 Arizona Diamondbacks starting pitcher Luke Weaver looks at the baseball after giving up a home run to the Colorado Rockies during the fourth inning of a baseball game, Saturday, Sept. 26, 2020, in Phoenix. (AP PhotoMatt York)