The power went out at Dodger Stadium after the top of the sixth inning of a game between the Los Angeles Angels and Dodgers on Saturday night.

Players were just leaving the field when the third-oldest ballpark in the majors went dark. After a few seconds, the two ribbon lightboards came back on as did lights on the loge-level concourse. But the banks of lights above the field remained off.

The two video boards eventually came back on, with the Los Angeles Lakers' playoff score shown followed by advertising. 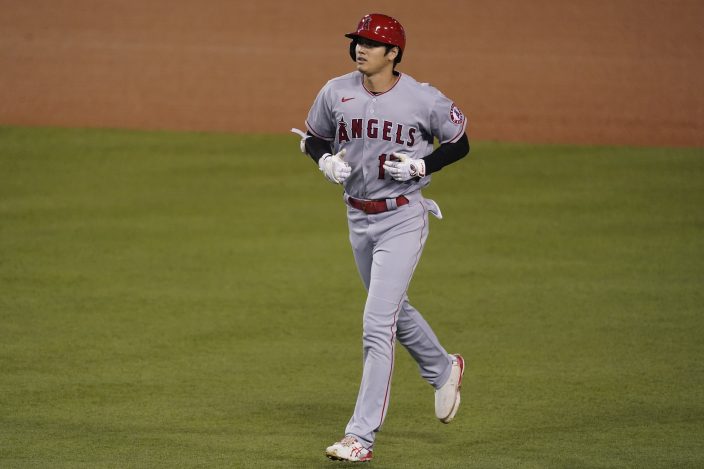 Los Angeles Angels designated hitter Shohei Ohtani returns to the dugout after hitting a fly ball to left field during the third inning of a baseball game against the Los Angeles Dodgers, Saturday, Sept. 26, 2020, in Los Angeles. (AP PhotoAshley Landis)

The Angels retreated to their dugout. Three Dodger players sat down at third base, and Kiké Hernández lay on his back near the coaches' box. The four umpires alternated talking to the Dodgers and Angels.

It was not immediately clear if areas surrounding the stadium were affected by the outage.

The incident occurred after the fire alarm went off during a game earlier in the week.