Mookie Betts exited early after getting hit by a pitch, giving the Dodgers a scare with the playoffs approaching, but Los Angeles beat the Angels 7-6 following a power outage in the ballpark.

Joc Pederson hit a go-ahead homer in the sixth inning shortly before the power went out at Dodger Stadium. The Freeway Series resumed in the top of the seventh after a 25-minute delay.

Edwin Ríos went deep in the seventh and Will Smith added a solo shot in the eighth, giving the Dodgers 116 homers to lead the majors. 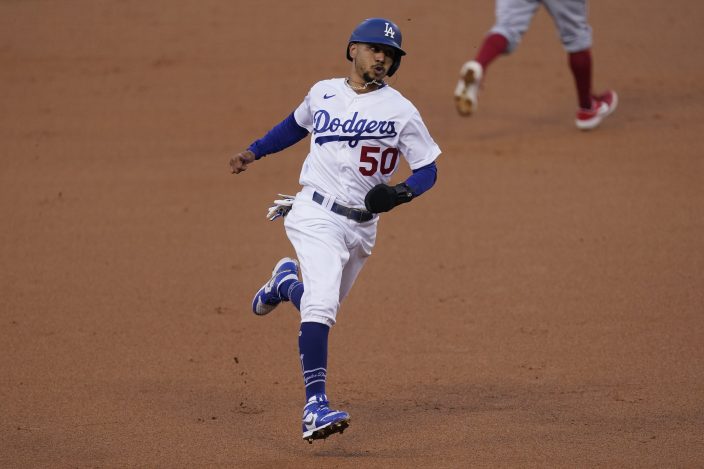 The Angels closed to 7-6 in the ninth. Jahmai Jones was safe at first on a fielding error by Ríos at third base. Elliott Soto stroked a ground-rule double to deep right, putting Jones on third. Soto and Jones scored on David Fletcher’s double to left off Alex Wood.

Albert Pujols lined out to right, moving Fletcher to third with two outs. But Shohei Otani grounded out to Adam Kolarek to end the game. Kolarek earned the save.

The NL West champion Dodgers led 3-0 in the first, when Angels starter Julio Teheran (0-5) needed 52 pitches to get through the entire nine-man lineup. Betts scored on a bases-loaded walk to Cody Bellinger, Will Smith had a RBI single, and Pederson grounded into a fielder's choice to first that scored Max Muncy, who had walked. 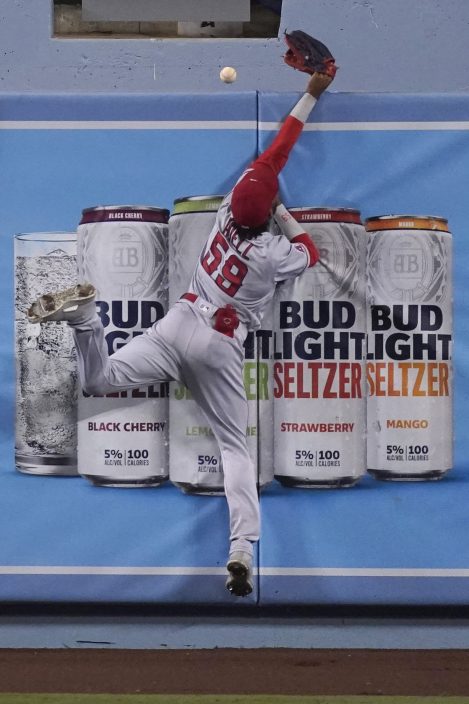 Betts was plunked in the left hip by Teheran and stayed in the game until scoring the first run. He was replaced by Kiké Hernández in right field to start the second.

The Angels tied the game and then took a 4-3 lead in the third, one night after being eliminated from playoff contention with a 9-5 loss in the series opener. Jones had an RBI single, and Jared Walsh hit a two-run triple and scored on a sacrifice fly to center by Pujols.

Hansel Robles gave up a leadoff walk to Smith in the sixth, setting up Pederson's shot to the lower left-field seats to put the Dodgers back in front, 5-4. 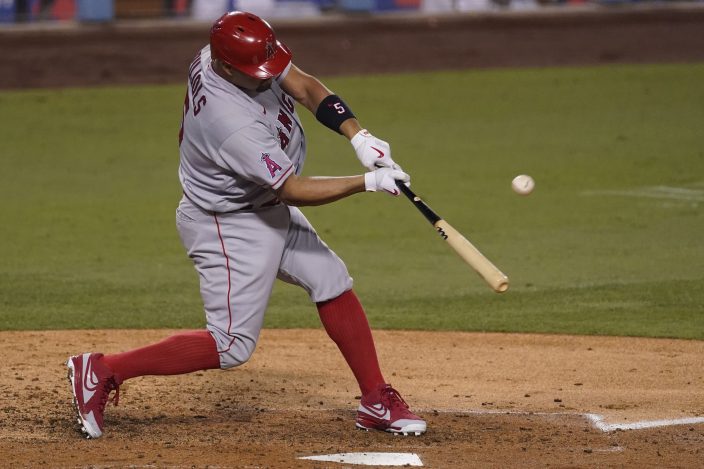 The third-oldest stadium in the major leagues went completely dark as players left the field after the sixth. The ballpark's emergency generator kicked on, sending power to the ribbon boards, video boards and loge-level concourse.

Eventually, the stadium's power returned and so did the Dodgers' muscle.

Jo Adell had Ríos' shot to center field in his glove, which hit the top of the fence, causing the ball to pop out. It was third homer this week for Ríos, a defensive replacement for third baseman Justin Turner in the seventh. 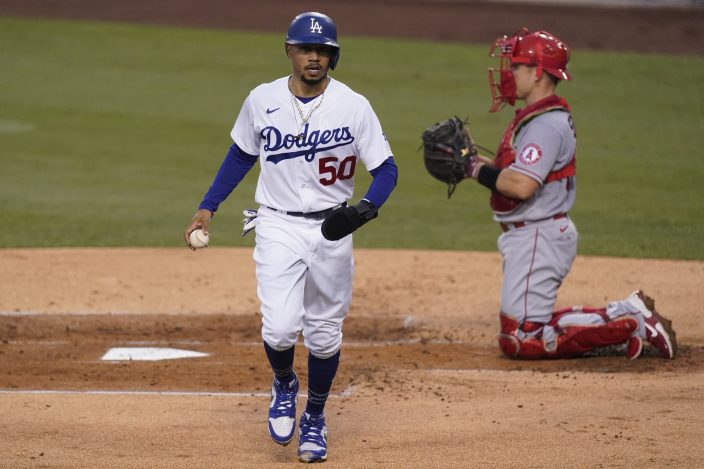 In the eighth, Smith hit his eighth homer off Luke Bard, making it 7-4.

Tony Gonsolin (2-2) allowed four runs and seven hits in six innings. He struck out six against no walks. Gonsolin hadn’t given up more than two runs in his first seven starts this season. The right-hander is vying to be the third starter behind Walker Buehler and Clayton Kershaw when the playoffs begin Wednesday at home. 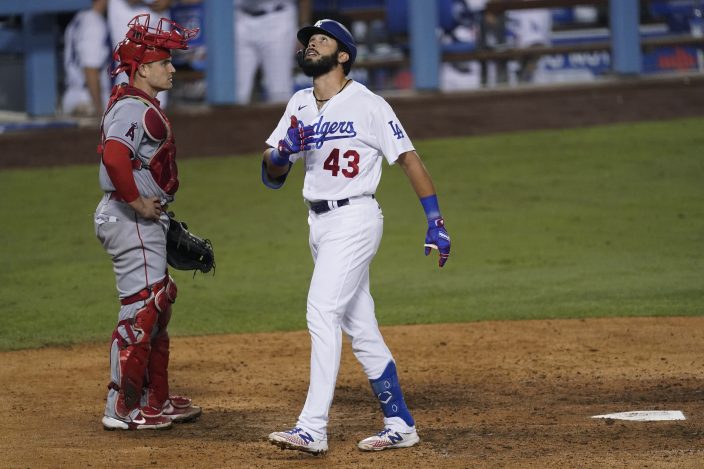 Los Angeles Dodgers' Edwin Rios looks up after scoring on a home run during the seventh inning of the team's baseball game against the Los Angeles Angels on Saturday, Sept. 26, 2020, in Los Angeles. (AP PhotoAshley Landis)

Angels: INF Luis Rengifo went on the IL with a right hamstring strain.

Dodgers: Betts was hit in the left hip by Teheran leading off the game. Betts stayed in and scored, but was limping in the dugout.

Neither team had announced a starter for Sunday.