Veteran broadcaster and naturalist David Attenborough has given Britain’s Prince George a giant shark tooth fossil after a private viewing of his new documentary at Kensington Palace.

Photos released by the palace showed the 7-year-old prince looking intrigued as he looked at the tooth from a carcharocles megalodon, a species that lived more than 3 million years ago and was three times the size of modern great white sharks.

Attenborough, 94, found the tooth during a family holiday to Malta in the late 1960s. 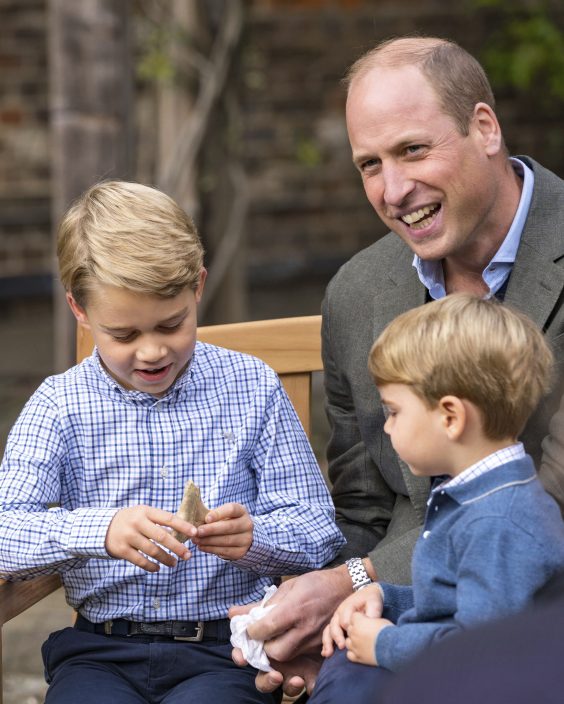 Attenborough, who spent his childhood collecting fossils and other natural specimens, visited the palace for a private viewing of his new environmental documentary with George's father, Prince William.

The film, “David Attenborough: A Life on Our Planet,” is a personal reflection on his career as a naturalist and the changes he has seen in the natural world during his lifetime.

Attenborough has been making nature documentaries since the 1950s and helped underscore the global threat posed by plastic waste in his 2017 series “Blue Planet II.” In this undated handout photo issued by WWF on Saturday, Sept. 26, 2020, British Naturalist Sir David Attenborough, sits with Prince William for a private outdoor screening of his upcoming film, David Attenborough: A Life On Our Planet, at Kensington Palace, London.(WWF via AP)

William is second in line to the British throne after his father, Prince Charles, and George is third in line.

Merkel's party puts off choice of new leader for 2 ...