The relationship between Andy Reid and John Harbaugh grew roots in Philadelphia, and the two successful NFL coaches have remained friends despite competing against each other for supremacy in the AFC.

Harbaugh used much of the knowledge he absorbed during his 10-year run as an Eagles assistant under Reid to become a successful head coach with the Baltimore Ravens.

Harbaugh also picked up some valuable life lessons, which he considers to be far more important than X’s and O’s on a chalkboard. 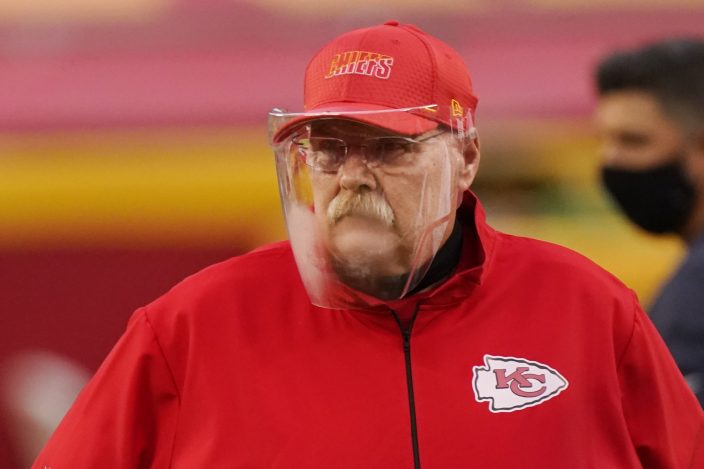 “Just a great guy, a great person, a great family man,” Harbaugh said of Reid. “He’s a really good football coach — a lot of wisdom, a lot of common sense, good judgement. I kind of learned that from him. The way he operates, he’s a very thoughtful type of guy. I just love him, love his family. I have a lot of respect for him."

Harbaugh learned plenty from his father, Jack, who coached for 41 years. But he cut his teeth in the NFL under Reid as special teams coordinator from 1998 through 2006 and then as secondary coach in 2007. After that, Harbaugh took the top job with the Ravens and has taken the team to the playoffs in eight of 12 years, winning the Super Bowl in the 2012 season.

Reid earned his first Lombardi Trophy last season with the Kansas City Chiefs, who face Baltimore on Monday night. Although Reid and Harbaugh stay in close contact, communication was put on hold in the days leading up to this showdown between the defending champs and a team with 14 straight regular-season wins. 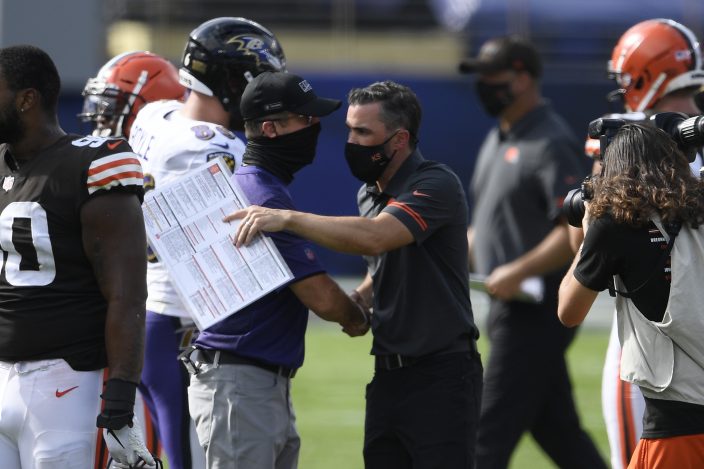 “I learned so much from him, and I continue to,” Harbaugh said. “We talked quite a bit (in the) offseason and during the season. We haven’t talked lately, but we’ll probably resume those conversations after the game.”

Although Reid and Harbaugh have established themselves as two of the finest coaches in the NFL, Harbaugh — who turned 58 on Wednesday — chuckled when asked if this was a battle of wits between teacher and student.

“I don’t think it would be a real exciting, intellectual thing to watch,” he said. “It’s been great to play him over the years. We haven’t won enough of them.” 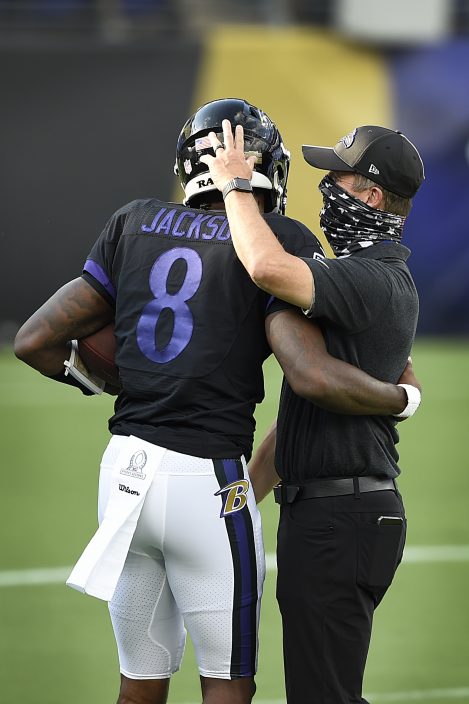 FILE - Baltimore Ravens quarterback Lamar Jackson, left, hugs head coach John Harbaugh during an NFL football training camp practice, Saturday, Aug. 29, 2020, in Baltimore, Md. They'll be playing Sunday in an empty stadium, facing a Cleveland Browns team with a new coaching staff that’s provided no clue how they plan to employ a revamped offense. “A lot of unknowns," Ravens coach John Harbaugh acknowledged. About the only thing for sure is that Baltimore quarterback Lamar Jackson, the multi-faceted reigning NFL MVP, will be the focal point of an offense that last year set a league record with 3,296 yards rushing and helped the Ravens win the AFC North with the best regular-season record in the NFL. (AP PhotoGail Burton, FIle)

This will be the sixth meeting between Reid and Harbaugh. The Ravens beat Reid’s Eagles in 2008, but Reid has won the past four games — with Philadelphia in 2012 and on the Kansas City sideline in 2015, 2018 and last year.

Reid will head into Monday’s matchup with nothing but respect for Harbaugh, the winningest coach in Ravens history and the 2019 NFL Coach of the Year after guiding Baltimore through a league-best 14-2 regular season.

Entering the 2020 season, Harbaugh ranked fifth among active NFL coaches with a .612 winning percentage (including playoffs) over a minimum 75 games. Reid was sixth at .610.

“Harbs is a phenomenal coach,” Reid said. “They have really good football coaches and really good players, so that normally means you’re going to have a good team. They do it the right way.”

Both coaches have little tolerance for nonsense. Reid, 62, worked the Chiefs hard during the week following last Sunday's overtime escape against the Los Angeles Chargers.

“There’s not a week that goes by where coach Reid isn’t going to get on you. That’s his job," Kansas City tight end Travis Kelce said. “Sometimes you just have to be like, ‘Take it easy, roller coaster tycoon. ’ He's trying to do is make sure that everybody is on top of their game, especially in a big game like this.

“Great practices usually turn into great performances on Sunday, or Monday in this matter. That’s why we love coach Reid, because he’s always on our tail, making sure that we’re doing the right things and trying to get better.”

No matter how hard the Ravens study film of Reid's offense — directed by 2018 NFL MVP Patrick Mahomes — they can be sure there will be a few new wrinkles when the teams meet Monday night.

An attacker armed with a knife kil ...