Many older people living on the expansive Pyramid Lake Paiute Reservation in northern Nevada relied on the tribe's senior services van to get to the grocery store or the doctor before the coronavirus pandemic ended that option.

Now, tribal officials worry how elders and others who don't have cars or can't travel on their own will get to the post office to return their ballots before Election Day.

“The distance has been a barrier for our people to vote,” tribal council member Janet Davis said outside the small, wood-shingle post office in the town of Nixon, not far from the turquoise lake that gives the Pyramid Lake Paiute Tribe its name. “We have elders that might not be able to move around much, those that might be afraid of the pandemic, people who are disabled and people that don’t have transportation.” 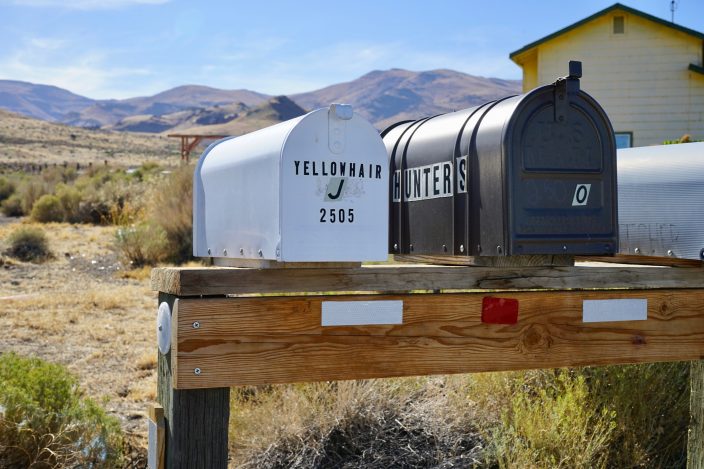 A small group of boxes, which the U.S. Postal Service delivers mail to, sits outside of Sutcliffe, Nev., on the Pyramid Lake Paiute Reservation on Tuesday, Sept. 8, 2020. All other members of the Pyramid Lake Paiute Tribe living elsewhere on the reservation get their mail at a post office in Nixon, Nev. which is 30 miles (48 kilometers) away. Throughout the reservation, residents plan to take advantage of a recent law change that will allow them to collect and return ballots on behalf of others amid the coronavirus pandemic. (AP PhotoSam Metz)

To make voting easier, a new Nevada law allows residents to fill out their ballots and let someone else return them on their behalf — a neighbor, tribal official or political volunteer. To Davis and other tribal officials, it's not unlike the way people on far-flung reservations help each other run errands.

Tribes see ballot collection as a critical way to boost historically low Native American turnout. They are targeting bans on the practice in several states, including Arizona and Montana, as more states move to mail-in voting during the pandemic. It's become a flashpoint in a rancorous election year, with President Donald Trump claiming without evidence that it will lead to fraud.

Detractors argue that so-called ballot harvesting allows political groups to deploy volunteers to collect ballots on a mass scale and sway elections. They worry about the potential for tampering similar to what happened two years ago in North Carolina's 9th Congressional District, where a Republican political operative is accused of manipulating incomplete ballots. 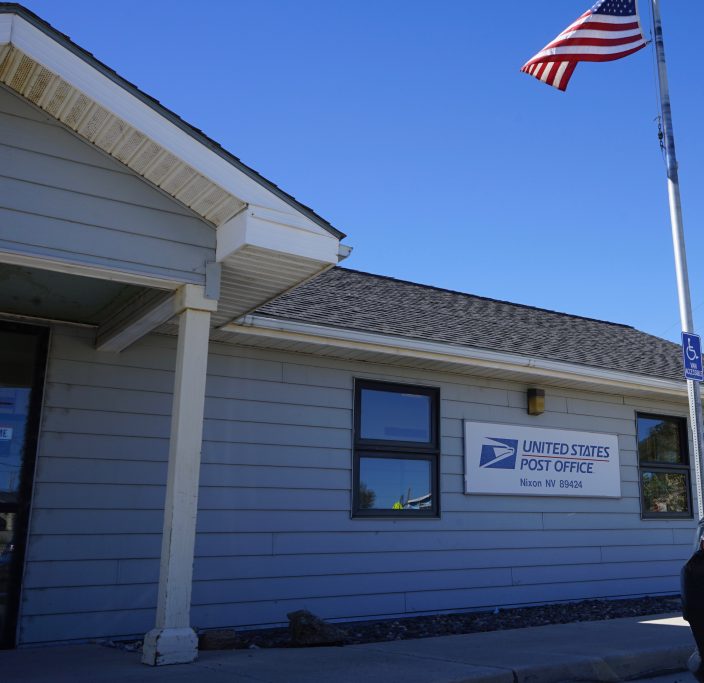 The U.S. Post Office in Nixon, Nev. is seen on Tuesday, Sept. 8, 2020. The majority of the more than 1,300 Pyramid Lake Paiute tribal members receive their mail in shared P.O. boxes at the reservation’s sole U.S. Post Office in Nixon, Nev., which is only open from 11:00 a.m. to 3:30 p.m. Post offices on tribal lands will play an integral role in ensuring Native Americans can access voting in Nevada and elsewhere in the U.S. West in the 2020 election, but advocates worry residents of sprawling, rural reservations who lack transportation may struggle to get to the post office. (AP PhotoSam Metz)

Tribes say the negative impact of limiting ballot assistance in Indian Country is often absent from the debate. Native Americans have a lower voter turnout rate than other racial or ethnic groups. They face less-reliable mail service on remote tribal lands and often must travel long distances to reach a polling place or a post office to return a mail-in ballot. And it’s only gotten tougher with services scaled down because of the virus.

Trump's campaign sued Nevada after the Democratic-controlled Legislature passed a law to mail ballots to all active voters and lift limits on who can collect ballots for other people. It makes it a felony to not return a ballot after being entrusted to do so. The president alleged the law will compromise election integrity, but a federal judge dismissed the case, saying the campaign didn't show how it would be harmed.

“It’s just the case that in the regular course of their lives, Native Americans pick up and drop off mail for each other," said Jacqueline De León, an attorney for the Native American Rights Fund. "It’s a way people cut down the cost and burden of getting their mail in the rural places they live.”

On a reservation that's been closed to outsiders to prevent the spread of the virus, only in Sutcliffe does the Postal Service deliver mail to neighborhoods. Homes in Wadsworth and Nixon rely on P.O. boxes at their post office, which is open only from 11:30 a.m. to 3:30 p.m. Residents say the mail is either infrequent or unreliable.

That's the case on many tribal lands, including the Navajo Nation, where voters recently lost a lawsuit in Arizona seeking an extra 10 days past Election Day to count mail-in ballots because of post office delays.

In Nevada, Pyramid Lake Paiute members also can cast ballots in person at tribal offices in Nixon after the tribe sued Nevada in 2016, saying people were denied equal access to the polls due to long distances some must travel to vote. But they still must find a way there.

But Manning-John, a member of the Duck Valley Shoshone-Paiute Tribes, worries about relying too heavily on post offices like the cramped, century-old facility in Owyhee, Nevada, where she lives.

Getting there isn't easy for many of her neighbors, she said. Not everyone has a car, and it's not uncommon to see horses tied up to rails outside the grocery store alongside dirt bikes. At the post office, there aren’t enough P.O. boxes, so it's common for three generations of a family to share a mailbox, Manning-John said.

The reservation historically has operated as an all-mail precinct. If a voter notices a problem on their ballot like a spelling error or doesn't receive a ballot because of an address verification issue, the only option is to travel 97 miles (156 kilometers) to the county seat in Elko to vote. The reservation will have neither a polling place nor a drop-box location for ballots in the upcoming election, making mail service the only option.

Manning-John hopes expanding who's allowed to collect ballots and bring them to the post office or to Elko will encourage voting.

For those who don't trust the mail to arrive on time, "there are people who will be willing to say, ‘If you vote, I’ll make sure your ballot gets to Elko,’” she said.

Sam Metz is a corps member for the Associated Press/Report for America Statehouse News Initiative. Report for America is a nonprofit national service program that places journalists in local newsrooms to report on undercovered issues.